Messi walked the most in the World Cup.. the smartest Argentine star does not run

Argentine star Lionel Messi has become among the players who walk the most throughout most matches, but this feature did not prevent him from being the smartest among his peers and breaking down the opponent's defenses to lead Albicelesi to the quarter-finals in the World Cup in Qatar. 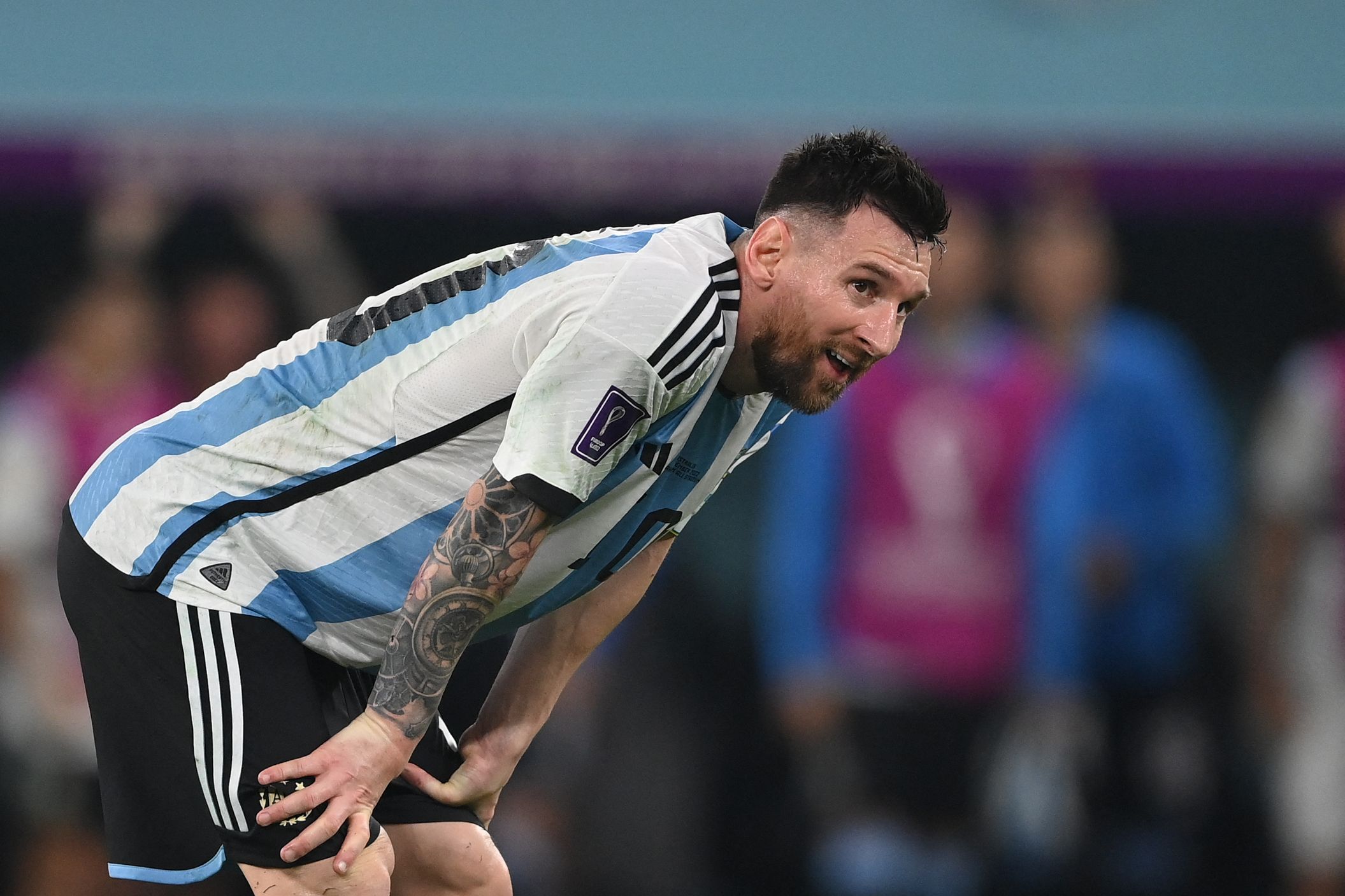 Messi walked the most in the World Cup.. the smartest Argentine star does not run

Argentine star Lionel Messi has become among the players who walk the most throughout most matches, but this feature did not prevent him from being the smartest among his peers and breaking down the opponent's defenses to lead Albicelesi to the quarter-finals in the World Cup in Qatar.

According to the statistics of the International Federation (IFA), Messi's name was included in the top ten in the list of the most walkable players, as shown by the four matches he played in the World Cup.

The numbers do not seem important to the best player in the world seven times, as he won the best player award twice, so it is safe to say that what is happening does not affect the effectiveness of the "flea".

He contributed to scoring 3 goals, including two decisive goals in the victory over Mexico 2-1 in the second round of the group stage, and Australia with the same result in the final price in his thousandth match in his career when he scored for the first time in the knockout rounds, and he also missed a penalty kick against Poland 2- zero.

Former England defender Rio Ferdinand, who works as an analyst for BT Sport, said that Messi's performance against Australia was "the best we've seen in the World Cup so far, by far."

Messi passed in a match during which he deciphered the "Socruz" defense by opening the scoring and hitting 6 balls on the goal, 8.59 km, at the second lowest rate for a key player, including 4.75 km on foot.

On the other hand, the BBC sports channel indicated before the Argentina match against Australia that Messi occupies one of the first three places as the one who walks the most distances: he walked successively in his first three matches, 4.99 km, 4.73 km and 4.62 km!

Is Messi lazy, or is he smarter than others?

His former coach and current Manchester City player, Pep Guardiola, has made it clear that the Paris Saint-Germain star is not satisfied with just walking without doing anything.

Messi, at his peak with his former club Barcelona before moving to the Parisian capital club, does not feel lethargic even when he walks.

"He (Messi), he watches, he walks. This is what I love most. Not outside the match, but part of it," Guardiola said in a documentary program about the Argentine player entitled "This is Football" broadcast on Amazon.

He added, "He moves his head: right and left and then left and right. He knows exactly what will happen. But his head is always like this (Guardiola turns his head left and right). He is in constant motion."

He continued, "He doesn't run, but he always watches what happens. He looks for weak points in defense. After five or 10 minutes, he has the map in his eyes, in his mind to know exactly what the spaces and the scene are."

Guardiola described what the Argentine player is doing, "It's like being in a forest and I have to fight to survive. He knows that if he moves here, there or there, he will have more space to attack."

But this does not mean that Messi does not interfere in the game when the rhythm of the match imposes this challenge on him, as Ferdinand said after the end of the match against Australia, “It almost suggests to everyone that he was not interested in what is happening, but suddenly he comes back alive” and “What he can do is Opening the game from any position on the field. That's the difference between him and the others."

This phenomenon is not related to the age of Messi, the 35-year-old, but rather a feature that extends over many years, as the figures shed light on what he has been doing since the World Cup in Russia 2018 and before that Brazil 2014 in Russia, where it was clearly shown that he was walking But he is not lazy.

Messi walks more during matches than any other player on the planet, but he also has the time to smile despite the intensity of the match.

Research has shown that Messi's effectiveness lies in creating space and spending time in the positions closest to the opponent's penalty area and the most important on the field.

"Can we say that Messi gets a lot of space by not participating in the game? Yes, this is exactly what the studies show," Luke Bourne, a data scientist at FC Barcelona, ​​asked during a press conference to study the analytics.

Only the Polish striker Robert Lewandowski (34 years old) surpassed Messi in the World Cup in Qatar in this regard, as he passed 5202 m walking in front of Saudi Arabia, compared to 4998 m for Messi in front of Mexico.

During the confrontation between Argentina and Poland, Messi walked 4736m compared to 4829m for Lewandowski, so some wondered: Messi is tired or just a player who is used to walking instead of running?