Lately he has taken to carrying a pen, and you will have his explanation. But Luis Enrique, this Monday, at the press conference prior to the round of 16 match against... 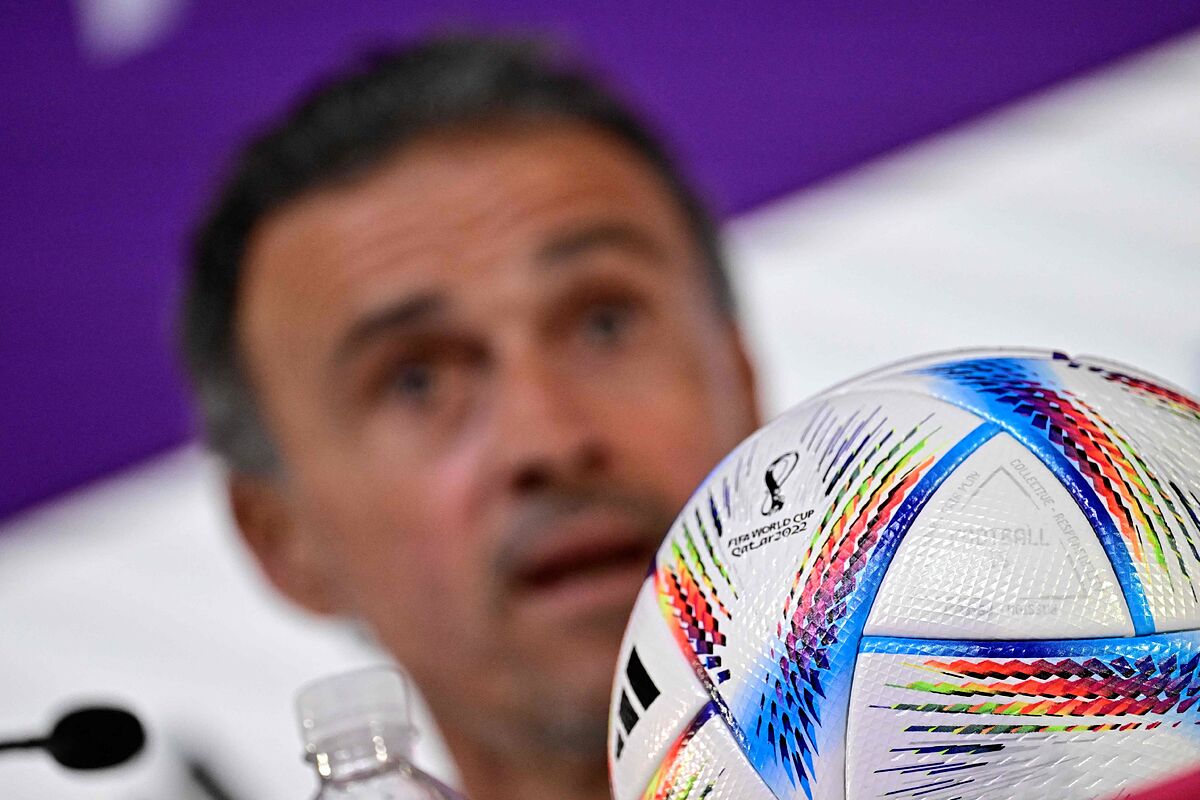 Lately he has taken to carrying a pen, and you will have his explanation.

, this Monday, in the press conference prior to the round of 16 match against Morocco, has released it and, it will be coincidence or not, the traditional version of the coach has been seen again.

After the first three appearances (Costa Rica, Germany and Japan), where he was

, this Monday he came out with his heels ahead.

With a smile, but with the heels ahead.

Here are some phrases with which he has started some responses:

"I see that there is a lot of misinformation"

The Luis Enrique of always has returned.

With a smile, but he's back.

Carlos Soler: "Going into the locker room and seeing Messi, Neymar and Mbappé? Like anyone else: 'Good morning, good morning'"

Carlos Soler: "Going into the locker room and seeing Messi, Neymar and Mbappé? Like anyone else: 'Good morning, good morning'"

It bothers him, it has been very evident, that the press has focused on the 10 minutes where Japan passed over his team.

They asked him first if it was forbidden to give a 'kick' when the rival presses.

I see that there is clear misinformation. It's not worth criticizing you for what they praise you for

The second, when they asked him if he had a plan B. "

. Soccer is a sport in which it is impossible to control everything, there are 22 players in a huge field.

You can train the strategy 1,000 times and they will continue to score goals for you

"What we are clear about is what our virtues are. Of course we have corrected game situations that occurred. But my obsession as a coach is that the team does my plan well".

And then came the "accusations" of topicazos, something he said several times.

Someone said that if his team lacked trade.

The trade is that of a bricklayer, that of a carpenter

And then someone also said that his team had not been good against Japan (obvious).

"Another cliché! We're talking about playing

For the rest, and in this old version of Luis Enrique, actually the one we have seen the most times, he has confirmed that he has all the players available (even Azpilicueta) and has said that both he and his team are in a state of mind optimal to face the game against Morocco, "the strongest team in the World Cup right now".