&lt;Reporter Kim Young-seong&gt; Son Heung-min is nicknamed 'beekeeper' because he is strong against teams wearing yellow uniforms. Fans are hoping to show off their killer instincts against Brazil, who wears a yellow jersey. 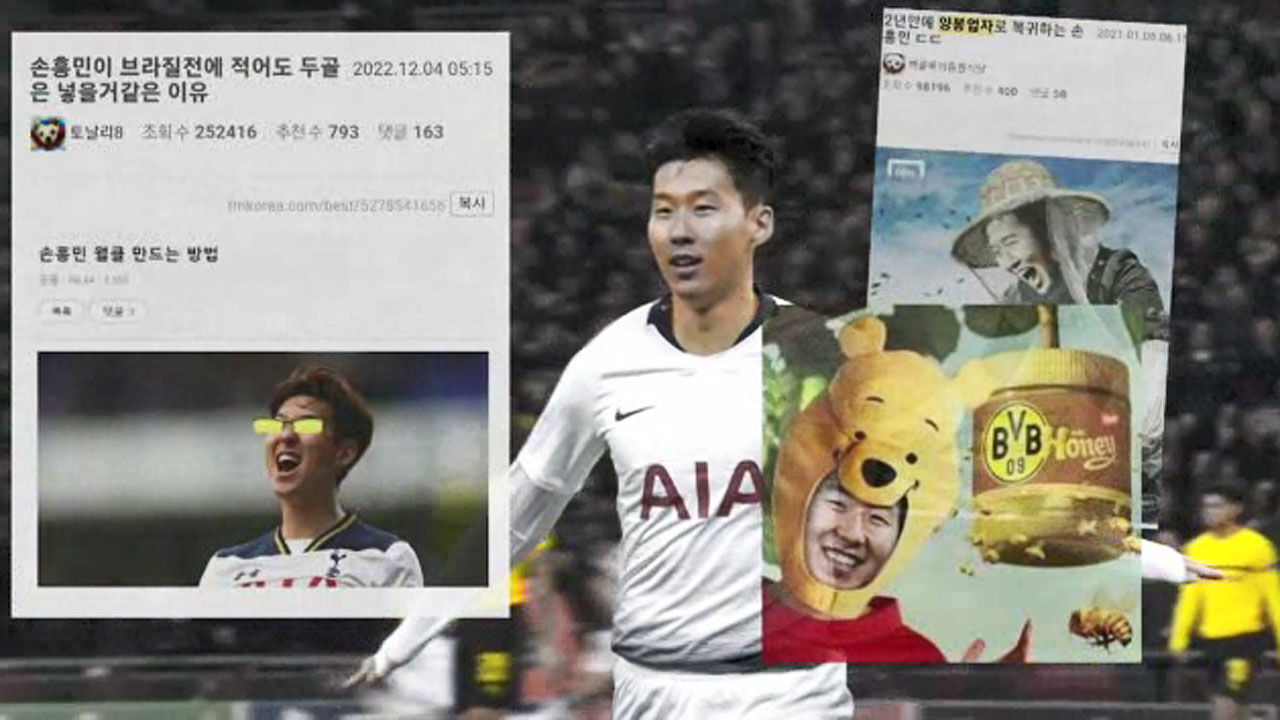 Son Heung-min is nicknamed 'beekeeper' because he is strong against teams wearing yellow uniforms.

Fans are hoping to show off their killer instincts against Brazil, who wears a yellow jersey.

This is reporter Joo Young-min.

From Hamburg and Leverkusen in Germany to Tottenham in England.

Heung-Min Son flew whenever he met a team wearing a yellow uniform.

The yellow 'bee' scored 9 goals in 12 matches, including 2 multi-goals against the team's iconic Dortmund.

He was reborn as the Dortmund Killer of the 'Bee Corps' and earned the nickname 'Beekeeper', and fans went wild by pouring out various parody photos.

Yellow was also strong in the Premier League.

In particular, when he scored two goals in the last game of last season and dramatically confirmed the top scorer, he faced Norwich City in yellow jerseys.

Ahead of the round of 16 match against Brazil wearing a yellow uniform, fans are recalling good memories of Son Heung-min, who was strong in yellow, saying superstition is good.

Son Heung-min failed to taste the goal as his mid-range shot was blocked by the goalkeeper in successive three previous confrontations with Brazil.

[Heung-Min Son/Right after the game against Brazil in June: I was able to feel how high the wall was on a global stage, and I think this is a good opportunity to learn more.]

As it is expected that there will not be many shooting opportunities against Brazil, Son Heung-min is concentrating again and again for one shot of conversion.

[Son Heung-min/Soccer team captain: No one knows the soccer results.

I hope we can prepare well for a few days with what we have and do our best to show a good game.]