“It was not the right place for me.” A special confrontation for Moroccan Hakimi against Spain

Morocco national team player Ashraf Hakimi was born in the Spanish capital, Madrid, but he will not hesitate much in seeking to win against its national team tomorrow, Tuesday, during the round of 16 match in the 2022 World Cup in Qatar. 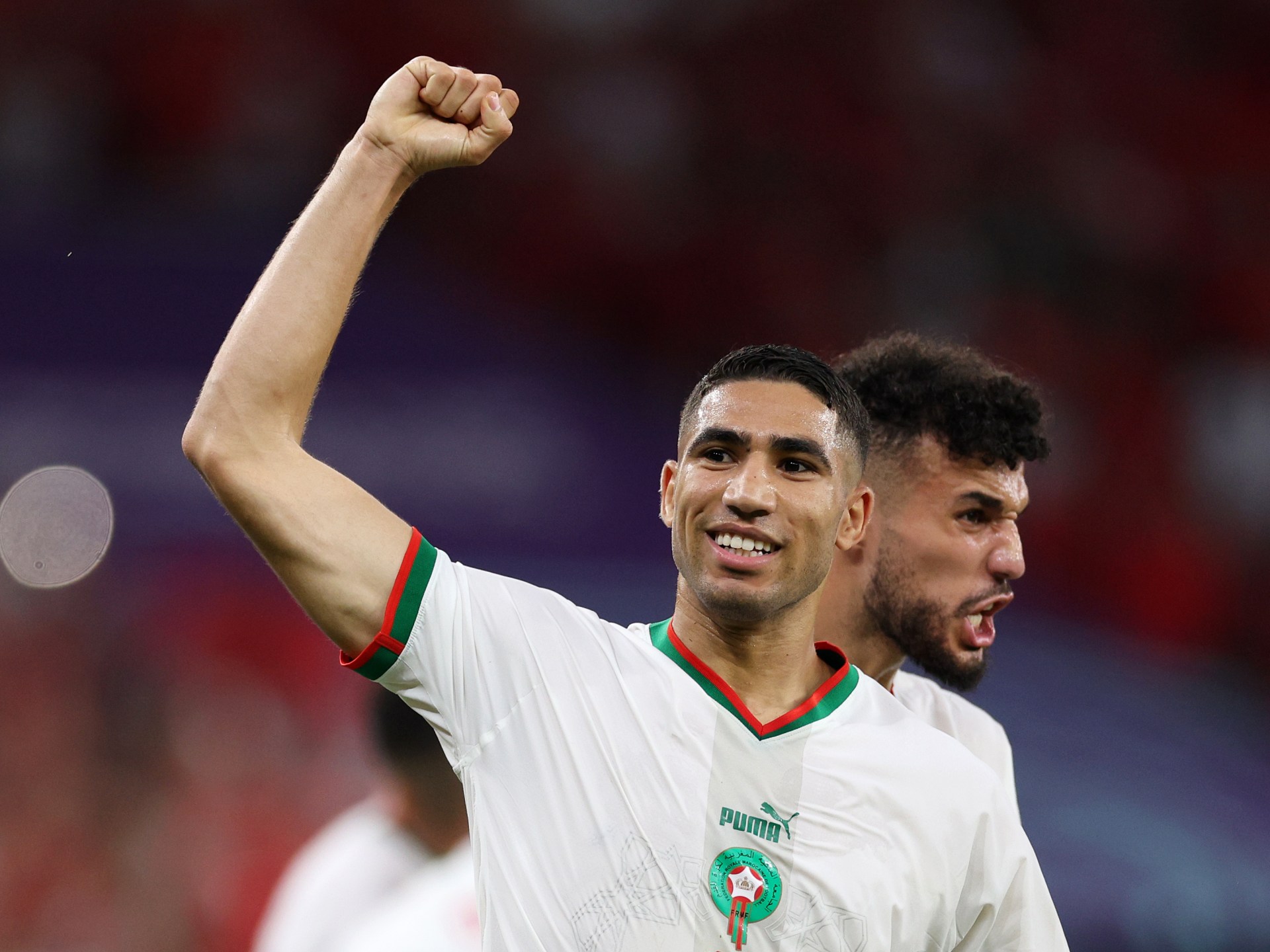 Morocco national team player Ashraf Hakimi was born in the Spanish capital, Madrid, but he will not hesitate much in seeking to win against its national team tomorrow, Tuesday, during the round of 16 match in the 2022 World Cup in Qatar.

Hakimi will be one of the pillars of the Moroccan national team in the confrontation with Spain at the Education City Stadium in Al-Rayyan, through which the Arab team will have the opportunity to advance to the quarter-finals of the tournament for the first time.

And about that, the player, whose father was a street vendor on the streets of Madrid, while his mother worked in cleaning houses, said, “I felt that it was not the right place for me. Arabic being Moroccan.

Real Madrid contracted with Hakimi when he was seven years old, after which the young man participated with the first team of the royal giants, then was loaned to Borussia Dortmund and won the Italian First Division with Inter Milan, and currently plays next to Lionel Messi and Kylian Mbappe in Paris Saint-Germain while he is still 24 years old. years.

This will not be the first time that Hakimi has played against Spain, as he participated in the two teams' 2-2 draw in the 2018 edition in Russia, where Spain succeeded in equalizing the score and escaping defeat in lost time.

"Four years of experience (since that confrontation) means that I am going into the next confrontation with a more mature mentality," Hakimi said in statements to the Spanish newspaper MARCA.

Hakimi added about the next opponent, the 2010 champion, "Spain is one of the top 5 teams and always plays in the World Cup in order to win, but our coach taught us to play with a winning mentality, regardless of the opponent we face. We will work to play our way and defeat them."

"We finished first in our group and I think we deserve a little bit of respect. I think Spain understands that and they are supposed to be a little afraid. There is nothing to prevent us from achieving another surprise."

In the group stage, the Moroccan national team beat Belgium 2-0 at the start of its career and defeated Canada after that, to ensure appearance in the knockout stages.