The 2022 World Cup in Qatar has reached the knockout stages, and among the biggest prizes players are competing for is the Golden Boot award, which is awarded to the player with the most goals in the tournament. 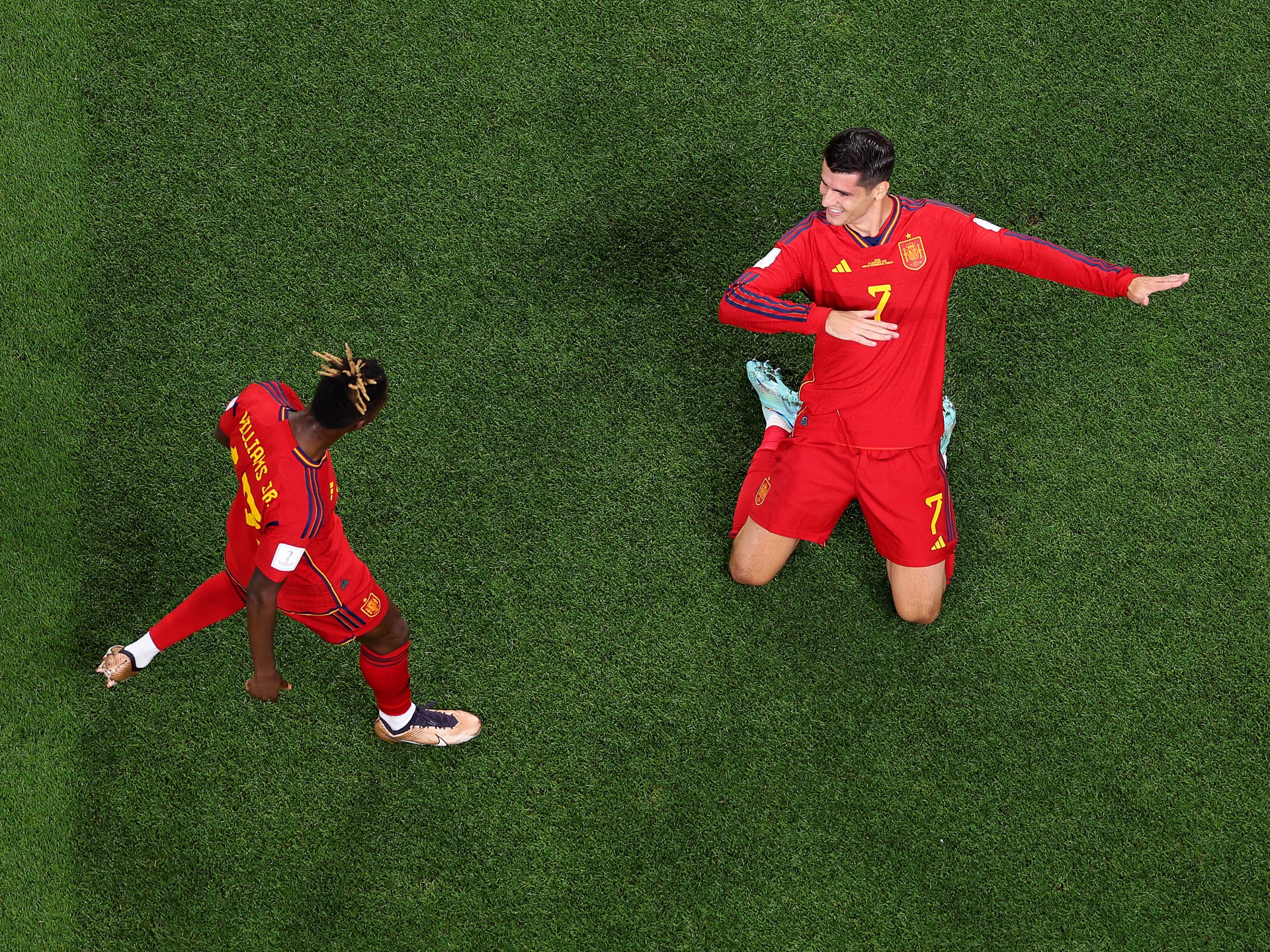 The 2022 World Cup in Qatar has reached the knockout stages, and among the biggest prizes players are competing for is the Golden Boot award, which is awarded to the player with the most goals in the tournament.

If the players tie in both cases, the winner will be decided by whoever played the least number of minutes.

England captain Harry Kane won the award at the 2018 World Cup in Russia, scoring 6 goals and leading his team to the semi-finals.

Here is an overview of the contenders in the race for top scorer at the 2022 World Cup:

Alvaro Morata (3 goals and an assist in 126 minutes played)

Atletico Madrid's top scorer has scored in all three of Spain's Group E matches, including scoring once after coming on as a substitute against 2014 champions Germany.

Morata, who came off the starting line-up for Marco Asensio in his country's first two World Cup matches, set up Spain's fifth goal in a 7-0 win over Costa Rica before scoring the seventh goal in his country's opening match in the Qatar edition.

Kylian Mbappe (3 goals and an assist in 207 minutes played)

The young French star scored against Australia in the opening match for his team and scored two goals against Denmark in the second half, so that France booked its place in the second round, and failed to increase his score after entering as a substitute in the last match that ended with a historic victory for Tunisia over the roosters 1-0.

Lionel Messi (3 goals and an assist in 360 minutes played)

The great Argentine star is participating in the last edition of the World Cup finals in which he will play, according to him.

The 35-year-old opened his career in Qatar by scoring from a penalty kick in the shock loss to Saudi Arabia, before scoring and helping Enzo Fernandez achieve victory over Mexico in a charged match.

Messi also scored in Argentina's 2-1 victory over Australia in the round of 16, to continue the competition for the most prominent title that lacks his coffers.

The England striker is enjoying a dreamy start to his campaign at the World Cup in Qatar, and Rashford's place in the squad was undecided a few months ago due to a slump in form and a fitness problem, but the Manchester United forward has risen to the challenge for the Golden Boot after scoring twice in the win. England beat Wales, and he opened his account with a goal in the great victory over Iran 6-2 in the opening match.

The Dutch striker scored regularly in the Netherlands' matches in the first round, but was unable to add more to his tally during the Netherlands' 3-1 victory at the expense of the United States yesterday in the opening matches of the second round of the Qatar World Cup.

Ecuador's all-time top scorer, who bears the nickname "Superman" in his country, scored the first two goals in the World Cup in the opening match against Qatar, and added the third goal in a deserved 1-1 draw against the Netherlands, but he will not be able to improve his tally, as Ecuador failed to score. Reaching the knockout stages after losing 2-1 to Senegal to finish third in Group A.

The controversy surrounding Cristiano Ronaldo and his noisy departure from Manchester United somewhat overshadowed Portugal's march to the World Cup in Qatar, but his former clubmate Bruno Fernandez, 28, emerged from Ronaldo's shadow by scoring twice against Uruguay after giving two assists in the match. Portugal won 3-2 against Ghana.