Modric, the best midfielder of the time, last dance 'first step' against Japan

Croatia's 'midfield commander' Luka Modric, considered one of the best midfielders of his time, takes the first step of his 'last dance' against Japan on the World Cup stage. 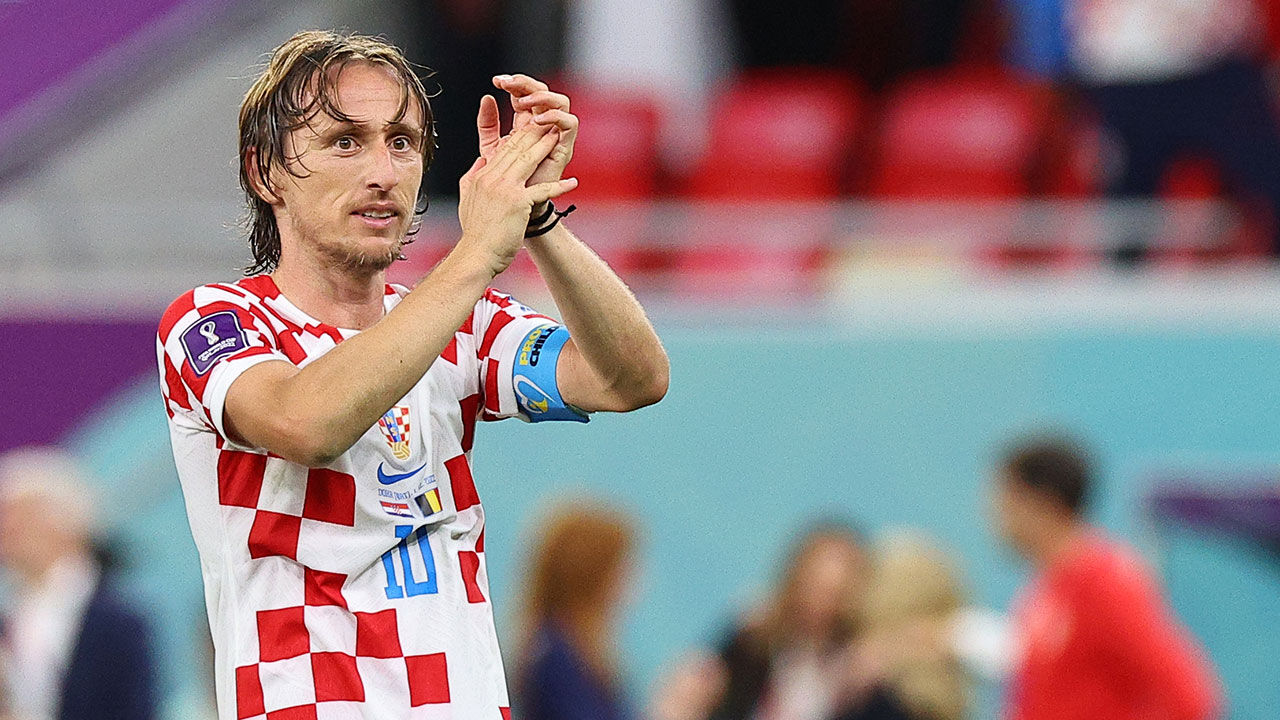 Croatia's 'midfield commander' Luka Modric (37, Real Madrid), considered one of the best midfielders of his time, takes the first step of his 'last dance' on the World Cup stage against Japan.

Modric's World Cup journey is also virtually over if he loses in the first round of the tournament against Japan, who advanced to the round of 16 after winning first place in the group after defeating strong Germany and Spain in Group E of the 'Group of Death'.

Defeating the 'formidable enemy' Japan gives Modric and Croatia the strength to rise to even greater heights.

With captain Modric at the center, Croatia, which has achieved harmony between old and new, passed Group F in 2nd place with 1 win, 2 draws and 5 points.

Modric, who is in his mid-30s, the 60th year of a soccer player, participated in all three matches and coordinated offense and defense.

Modric, who first stepped on the World Cup stage in Germany in 2006, is already playing his fourth World Cup.

Modric won the Golden Ball for best player of the tournament after leading Croatia to runners-up at the 2018 Russia Championship.

He played all 90 minutes of the first half in the group stage matches against Morocco and Belgium, and played 86 minutes in the match against Canada, which came close to winning 4-1.

Modric's wealth of experience and passion is a great inspiration for young Croatian players.

Croatian defender Josip Yuranovic (27, Celtic) said in an interview with AFP today (4th), "Young players get extra energy when they see a player like Modric giving his all in a game." and showed respect.

Midfielder Robro Mayer (24, Stade Rennes) said Croatia's winning gene is innate, but the experience of veterans like Modric has contributed greatly to the harmony of old and new and the supply of new energy.

Modric is loved for his unchanging skills, including winning the UEFA Champions League trophy five times in the 10 years he played for his team, Spanish professional soccer Real Madrid, until this year, and extending a one-year contract until 2023.

He is also an active player who, along with Argentina's goal scorer Lionel Messi (35, Paris Saint-Germain), is challenging to win the Golden Ball twice for the first time in World Cup history.

As Messi's Argentina advanced to the quarterfinals by beating Australia 2-1 today (4th), Croatia must beat Japan so Modric can continue his second Golden Ball dream.