Despite qualifying for the quarter-finals.. Messi: Argentina is not a candidate to win the Qatar World Cup

In the last World Cup match hosted by the “Ahmed Bin Ali” stadium, the Argentine national team suffered to defeat Australia and qualify for the quarter-finals of the World Cup in Qatar, but the joy was great in the mixed area of ​​the “Tango” players and their country’s journalists. 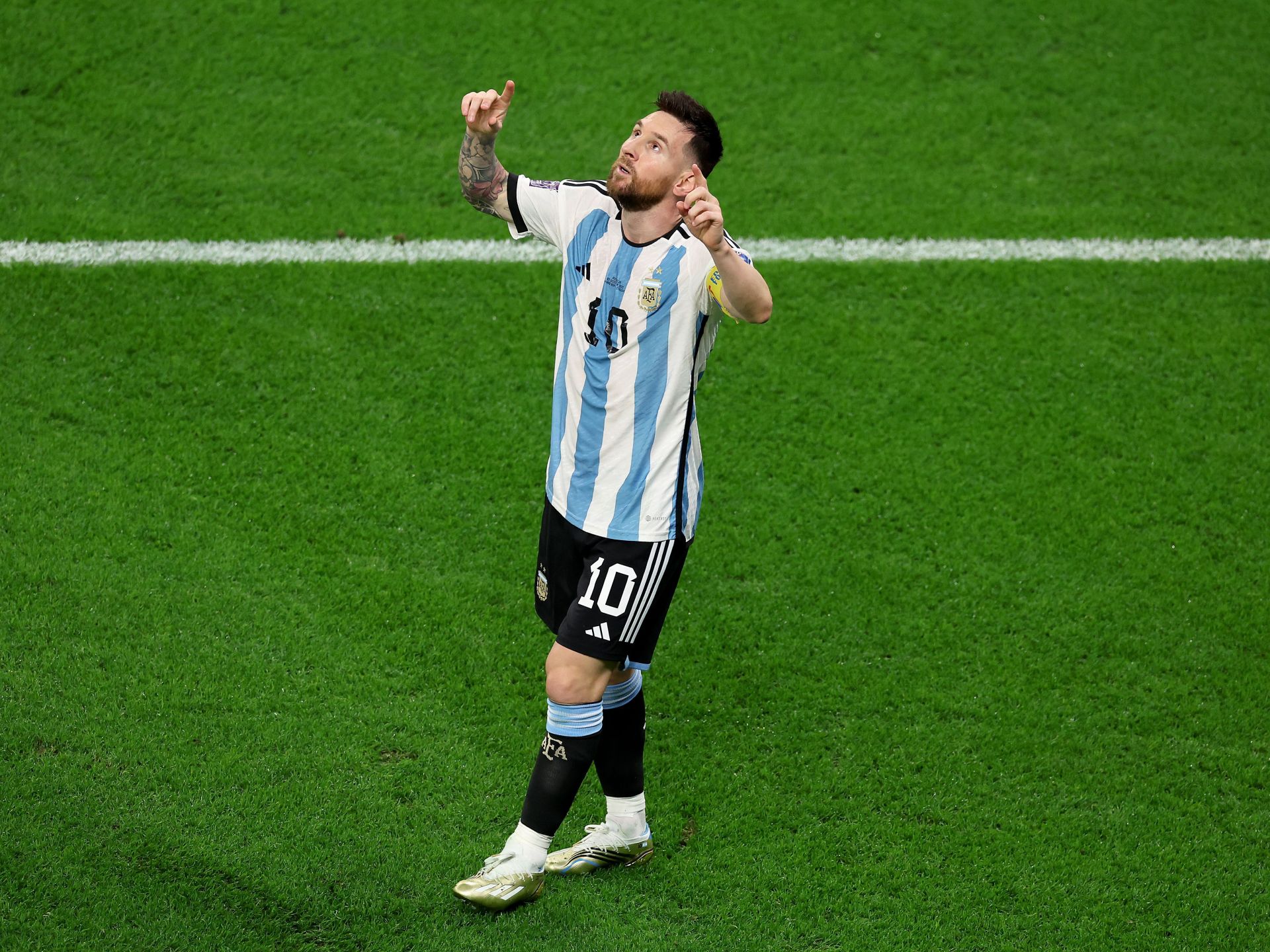 In the last World Cup match hosted by the "Ahmed Bin Ali" stadium, the Argentina national team suffered to defeat Australia and qualify for the quarter-finals of the World Cup in Qatar, but the joy was great in the mixed area of ​​the "Tango" players and their country's journalists.

They waited for them until the early hours of dawn to come out and talk about their difficult qualification for this role, after they were knocked out in the World Cup in Russia at the price of the final by world champions France.

The last to arrive was the star Lionel Messi, who won the best player award in the match for the second time in 4 matches, and scored the first goal in which he surpassed Maradona and became his tally of World Cup goals 9 against 8 for the late legend, and he has one goal left to equal the number of the former star of the “Al Basiliste” team. Gabriel Batistuta, who scored 10 World Cup goals, and this goal is the first in the knockout stages in the history of his participation in the World Cup.

In response to a question about the match and its difficulty, Messi says, "This is a World Cup match, and regardless of the opponent's name, we will face a difficult match, because everyone wants to win and qualify for the next round. In the knockout rounds, it is important to win and continue."

He continued, "There are candidate teams, including France, Spain and England, who are still in the race to win the title, and I am surprised by the early exit of the German national team, despite the fact that it has a distinguished young generation and good football talents."

In response to a question by Al-Jazeera Net - via an Argentine journalist - whether Argentina is a candidate for the title, Messi said, "We are not among the nominated teams. We play every match with the spirit of the final and we are one of the best teams in the world, and we must show that on the field and continue to perform and get good results." .

He revealed that the feelings were mixed on the field, and after we were "happy and close to settling the match by scoring the second goal, the matter turned upside down after Australia scored the goal to reduce the difference. The match was tough and difficult, especially from a physical point of view, and for this we need days of rest and recovery, because we We played 4 tough matches in a few days."

Regarding his celebration of his thousandth match, Messi referred to the players, and said, "They gave me the most beautiful gift by winning the match and qualifying for the final price."

The Paris Saint-Germain star concluded that he and the players "feel that they are one family, and the fans make us feel as if we are playing in our country. My little family and my children, like the rest of the Argentine people, are happy with this victory and qualification, and my children now know what the World Cup means and the pressures, exhaustion and fatigue that I suffer from in the match, and after all I explain to them what happened in the match and how it went.”

As for the hero of the last shot in the match, in which if the ball had entered the goal, it would have turned the match upside down, goalkeeper Emiliano Martinez, Aston Villa player, confirmed that it was "one of the most important saves in his career, because if the ball hit the net, he would have scored the equalizer and changed the course of the match."

And he considered, "The match was complicated and was not easy, and we created many chances and scored two goals, and now we are looking forward to the next match."

In turn, Rodrigo de Paul, the Atletico Madrid player, spoke about facing the Netherlands national team, considering that it is a strong team and has first-class skilled players and an expert coach, and added, "We have several days to rest and recover, and this is what we need before taking the quarter-final exam."

Regarding the absence of Angel Di Maria from facing Australia, the Argentine players who spoke to reporters agreed that he was not injured and would be ready to face the Netherlands, and that his absence was a precautionary measure by the coach.

Summary of the match Argentina and Australia |

On the other hand, the tears of the Australian player Milos Degenek and the Australian journalists who were talking to him revealed the extent of bitterness and the difficulty of getting out after the good performance they gave in front of the Argentine players and their star Messi.

He told Al-Jazeera Net, "We were very close to a draw. The last minutes of the match saw a valuable opportunity wasted, but this football can waste chances and score half-chances."

And he continued, "In the half, we succeeded in limiting their movement and prevented them from creating any opportunity or forming a danger, and our goal was not to contain or stop Messi, but rather the whole team and play against them as a club, and we were close to achieving a tie."

And there are two players on the Australian team who won't sleep tonight: Grange Cole and goalkeeper Matthew Ryan.

The first missed the opportunity to score the equalizing goal, and the other caused the second goal after making a mistake in dispersing the ball.

Cole, the 21-year-old, seemed very impressed, and everyone was trying to console him. "I wanted to put it in the net and give my country the equalizer, but the goalkeeper saved it. It was a tough moment. If I had scored the goal, the match would have started from scratch."

For his part, Copenhagen's Danish goalkeeper Ryan considered - in an interview with Al-Jazeera Net - that it was "a critical and cruel moment that I will not forget, because the mistake caused the second goal, which was decisive in the result. I made a mistake and I will try to learn from this mistake. I hope that our country, our people and our children will be proud of us, because we We gave everything we had and didn't skimp on anything to get to this stage."

And about the possibility of resorting more to the attack instead of retreating and playing with a defensive plan, Ryan said, "The plans in football and tactics change. If we attacked from the beginning, we would - perhaps - have received early goals and the match was decided. We used to conduct the match as we wanted before scoring the first goal and doubling the score."