Captain Zorro vs Samba One Top... From comrade to foe 'head-to-head'

&lt;Reporter Kim Young-seong&gt; Captain Son Heung-min is at the forefront of the attack in the match against Brazil. A fierce confrontation with Tottenham's close friend, Brazil's main striker Hischarlisson, was predicted. 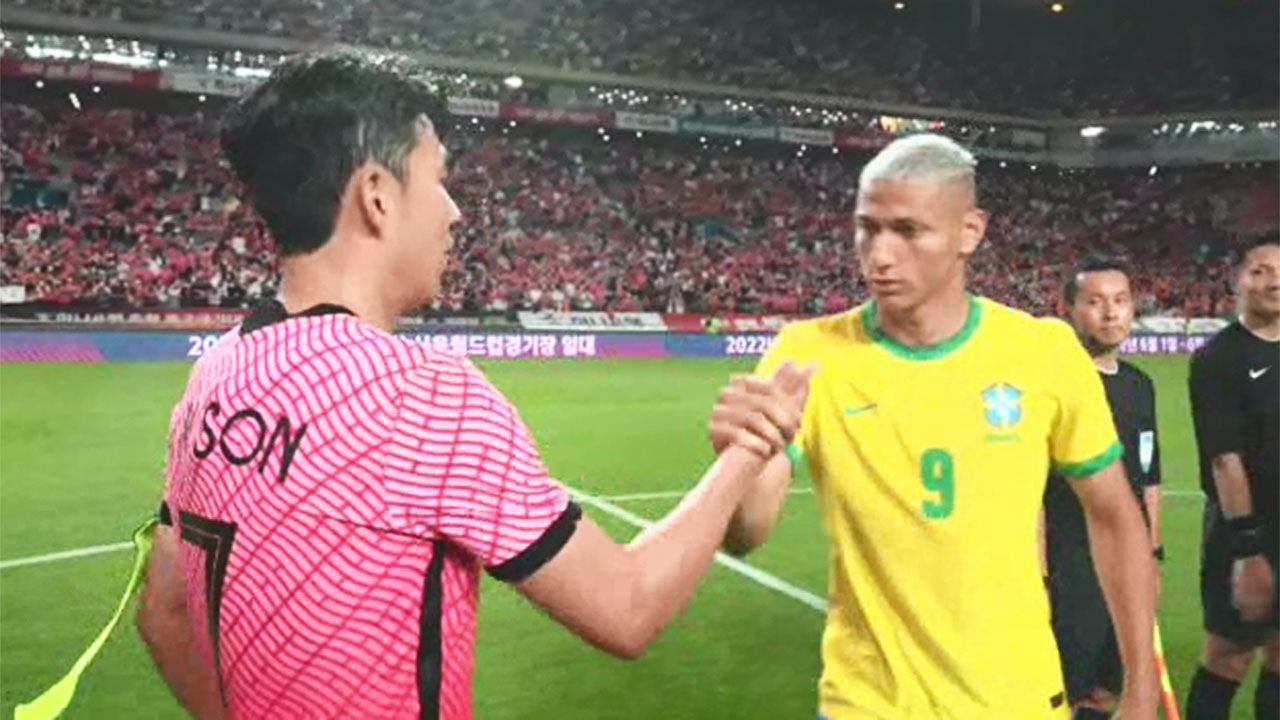 Captain Son Heung-min is at the forefront of the attack in the match against Brazil.

After running more than 70m from the defensive area, Son Heung-min stabbed a fantastic pass between the crotches in front of three opponents, and Hischarlisson received a pass with his back to the goal and fired a picturesque scissor kick.

The two players who created the best scenes, scoring the best goals and assists of the tournament, will face off with pride.

Hisharlisson, who transferred to Tottenham ahead of this season, volunteers to be a partner during training and is close to Son Heung-min to the extent that he plays pranks without hesitation in normal times.

He is familiar with Korean fans as he visited Korea twice, representing Brazil in May and playing for Tottenham in July.

Hisharlisson, who was struggling with a calf injury ahead of the World Cup, showed his expectations for his first World Cup to the point of being delighted like a child when he was selected for the Brazilian national team, and Son Heung-min has a sense of duty as a Taegeuk warrior to the extent that he wears a mask despite a facial fracture injury.

[Son Heung-min/Soccer team captain: I hope that I can show that Korea is a country that is so passionate about soccer and really loves soccer.]

Son Heung-min, who sent another best friend from Tottenham, Uruguay Bentancur, and his old mentor, Ghanaian coach Otto Addo, back home from Hamburg, showed a determined determination ahead of the confrontation with Hischarlisson, who leads the strongest Brazil.

[Son Heung-min/Soccer team captain: No one knows the soccer results.

That's why I hope we can prepare well for a few days with what we have and do our best to show a good game...

The Taegeuk warrior captain and the samba corps one-top, who turned from yesterday's friend to today's enemy, are preparing for a bloody battle with everything to survive on the single wooden bridge.