Uruguay's Biting Ghana... The reason why even the president wanted revenge

Had Ghana lost to Uruguay by a wide margin, we could have fallen. When our advance to the round of 16 was confirmed, posts saying "Thank you Ghana" became popular online, and Ghana's efforts to do their best until the end contained anger against Uruguay. 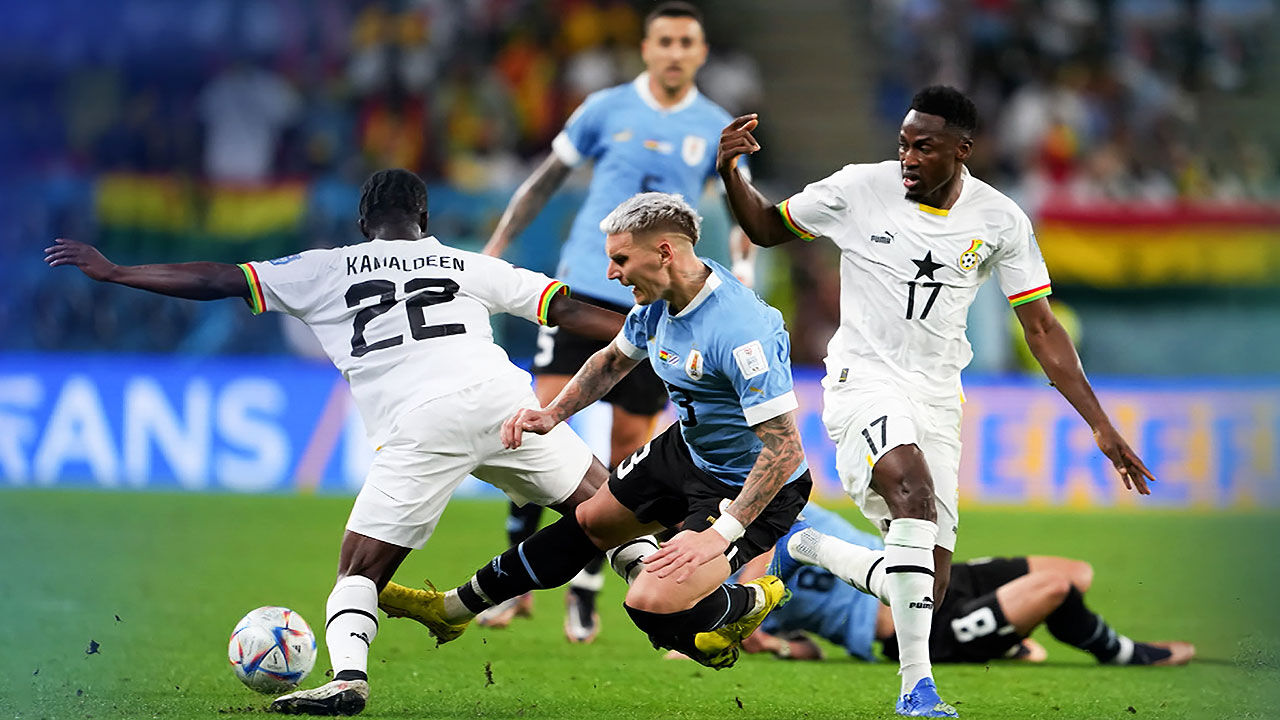 If Ghana had lost to Uruguay by a large margin, we could have fallen.

When our advance to the round of 16 was confirmed, comments such as “Thank you Ghana” became popular online.

Ghana and Uruguay faced each other in the quarterfinals of the 2010 World Cup in South Africa.

With one goal deciding the game, Ghanaian striker Adija's header was headed towards the goal.

The moment the ball crossed the goal line, Uruguay's national striker Suárez struck the ball with his hand.

Suárez was sent off and Ghana were awarded a penalty but failed to score.

Suárez, who saw this scene as he walked out of the stadium, cheered, and eventually Ghana lost in a penalty shootout.

Ghana's dream of reaching the World Cup semifinals for the first time in the history of an African nation was shattered by Suárez, who was not even a goalkeeper.

When Ghana, who had been gnashing their teeth, was drawn into the same group as Uruguay this time, even President Acupoado said that he had been waiting for revenge for 12 years.

However, Suárez provoked the Ghanaian players by answering the question if he had any intention of apologizing.

[Luis Suarez/Uruguayan striker: I will not apologize for that.

I played handball, but it was Ghana who missed the penalty kick.]

Ghana gave up two goals to Uruguay first, and at the end of the second half, when the defeat was deep, they chose 'Operation Water Ghost' instead of winning.

Even in a losing game, all the players took the time, and Ghana's coach made a substitution with one minute remaining.

It was a blatant strategy to somehow prevent Uruguay from advancing to the round of 16.

Suarez wept endlessly on the bench at the stunning fate that had changed in 12 years.

Eventually, when Korea advanced to the round of 16, cheers erupted from the Ghanaian audience.

On our social media, search terms such as 'Thank you Ghana' and 'Ghana goalkeeper' also rose to the top, and even confectionery products with Ghana's name became popular.