Korea was excited... Gwanghwamun site at the moment of final round of 16 confirmation

The heat in Korea this morning was no less than Qatar. 17,000 people cheered in Gwanghwamun the moment the come-from-behind goal was scored and advancement to the round of 16 was confirmed. It's a good weekend for everyone even if you can't sleep at night. 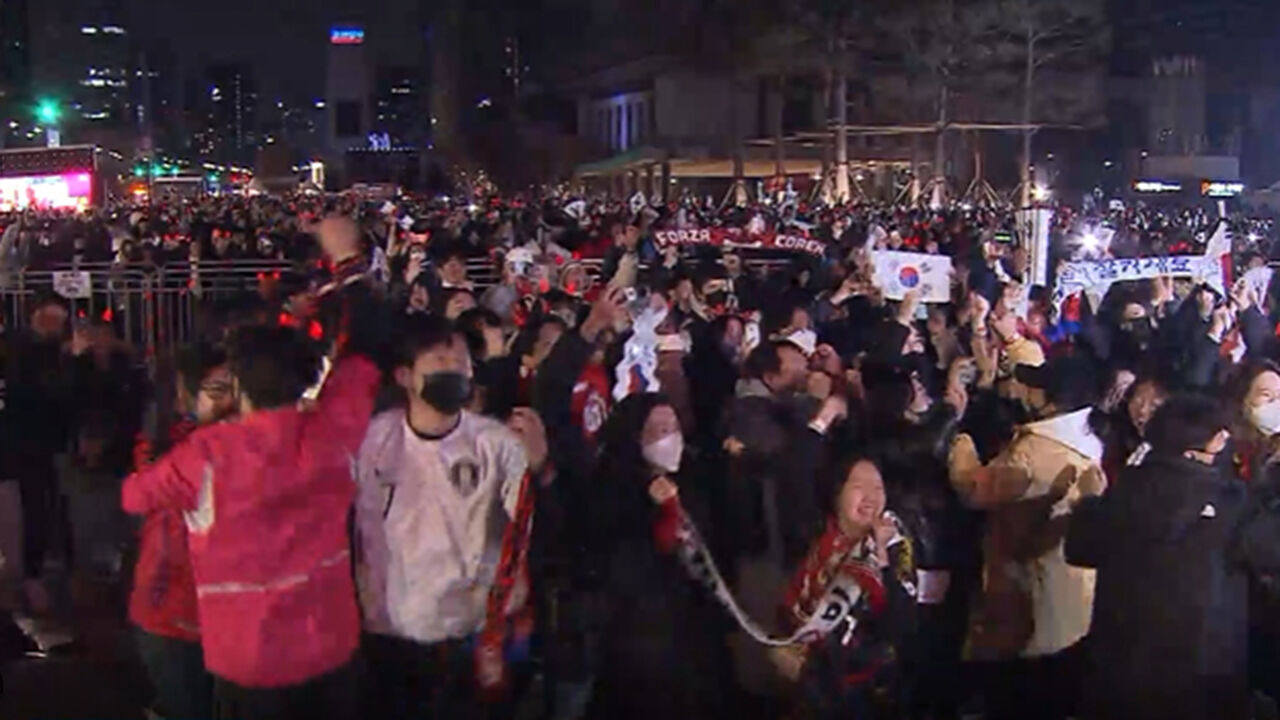 Today (3rd), the heat in Korea was as good as that in Qatar.

17,000 people cheered in Gwanghwamun the moment the come-from-behind goal was scored and advancement to the round of 16 was confirmed.

It's a good weekend for everyone even if you can't sleep at night.

I am a reporter for Lim Sang-bum.

Even with the people who filled the plaza despite the sub-zero temperature, there was nothing to be rough even if they were crowded with 1 draw and 1 loss.

[Lee Ki-ho/Chuncheon-si, Gangwon-do: If there is any possibility or hope, we must support Korean players until the end, and it is not cold!

Our passion does not cool down!]

With the whistle at the start of the match, the atmosphere quickly heated up, and after allowing the opening goal, there was a brief sigh, but the momentum was raised again with the consolation goal that followed.

[Park Joo-ah/Hanam-si, Gyeonggi-do: The players are doing better than I thought, so I'm looking forward to the second half.]

Cheers and applause continued wherever people gathered, including the late-night snack bar in the second half, where people went back and forth between opportunities and crises.

But this was not the end.

The results of the match between Uruguay and Ghana, which I watched with excitement,

[The match is over.]

As they miraculously advance to the round of 16, they hug each other and enjoy the moment of joy.

[Lee Do-kyung/Seoul Gwangjin-gu: It seems that the players have repaid the players for trusting them.

I was so nervous from the beginning to the end, but my hands and feet are still shaking.]

As always, I send warm support and encouragement to the Korea, which was one, and the national team, which will take on a bigger challenge.

[Park Ji-ho/Dongdaemun-gu, Seoul: I will cheer you on until my voice reaches Qatar.]

[Park Chung-man/Incheon City: Miracles come when no one expects.