From the forefront to the last... The defense that awakened fighting spirit, all shone

Korea's miraculous progress to the round of 16 was possible thanks to the fighting spirit of the defense. From Cho Kyu-seong at the forefront to Kwon Kyung-won at the very end, everyone threw themselves into it. This is reporter Park Ye-rin. 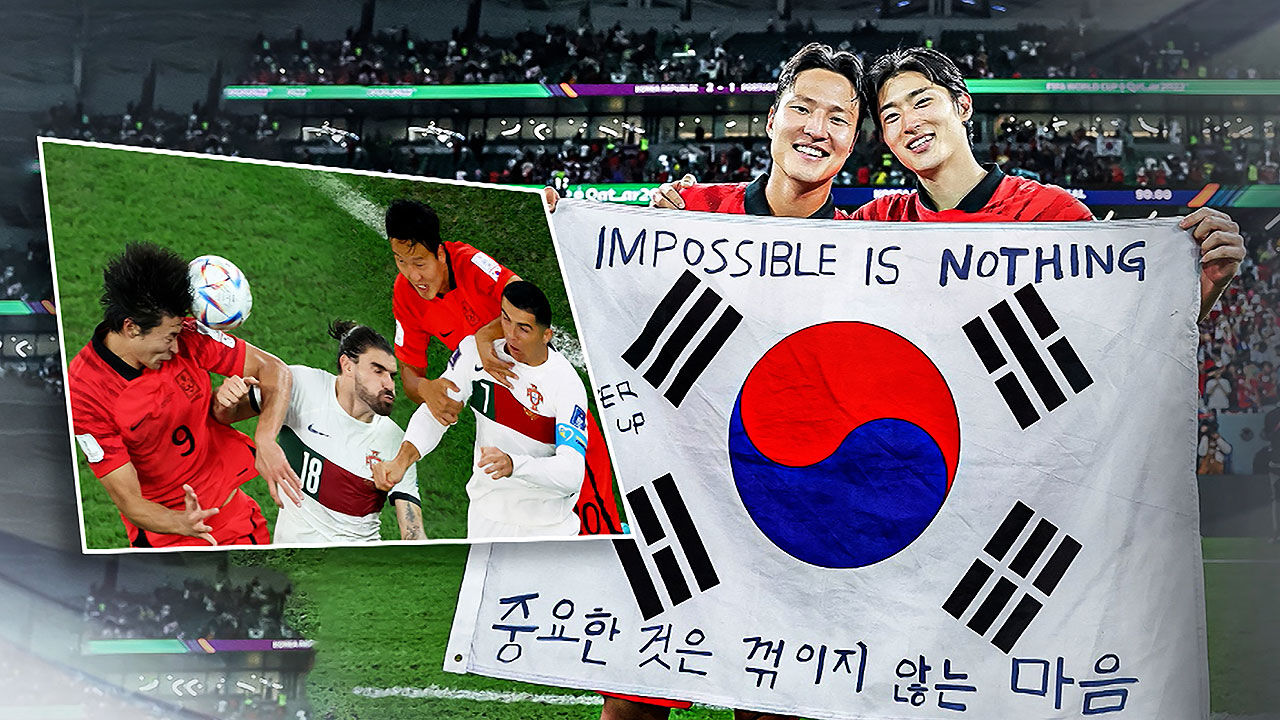 Korea's miraculous progress to the round of 16 was possible thanks to their fighting spirit defense.

From Cho Kyu-seong at the forefront to Kwon Kyung-won at the very end, everyone threw themselves into it.

This is reporter Park Ye-rin.

Although he was reborn as an ace goal scorer, Cho Kyu-seong played the role of a frontline defender while aiming for the goal.

He actively engages in aerial duels and pressures, and never backs down, engaging in nerve warfare with opposing defenders.

[Cho Kyu-seong/Soccer team striker: It is a real physical fight and a header contest, and I came out with such a fighting heart that I must never be pushed by the opponent.]

Hwang In-beom, who crossed the karate, ran 12.6km, the most in this tournament, and kept his back strong. Left and right wingbacks Kim Jin-soo and Kim Moon-hwan also broke the pulse of Portugal's attack with tenacious pressure defense and active penetration.

Kwon Kyung-Won, who started due to Kim Min-Jae's injury, blocked the offensive by working with Kim Young-Kwon, and when Kim Young-Kwon was injured, Jung Woo-Young came down to the central defense to fill the void.

And goalkeeper Kim Seung-gyu, who was sluggish in the second game, prevented the risk of conceding additional goals with several saves.

The players who gave everything were tangled together at the final whistle and enjoyed the joy.

[Kim Min-jae/Football team defender: The players did so well today, so I wonder if I should take another break, and I'm going to play even if I'm torn.

The Taegeuk Warriors, who showed the strength of the original team by working together not only on the ground but also on the bench, were all miracles.