Son Jun-ho "Defend and win with 'oriental medicine'... This is football"

Midfielder Son Jun-ho of the Korean national soccer team, who won a thrilling come-from-behind victory over Portugal, the ninth-place powerhouse in the International Football Federation (IFA), was delighted to say, “This is football.” 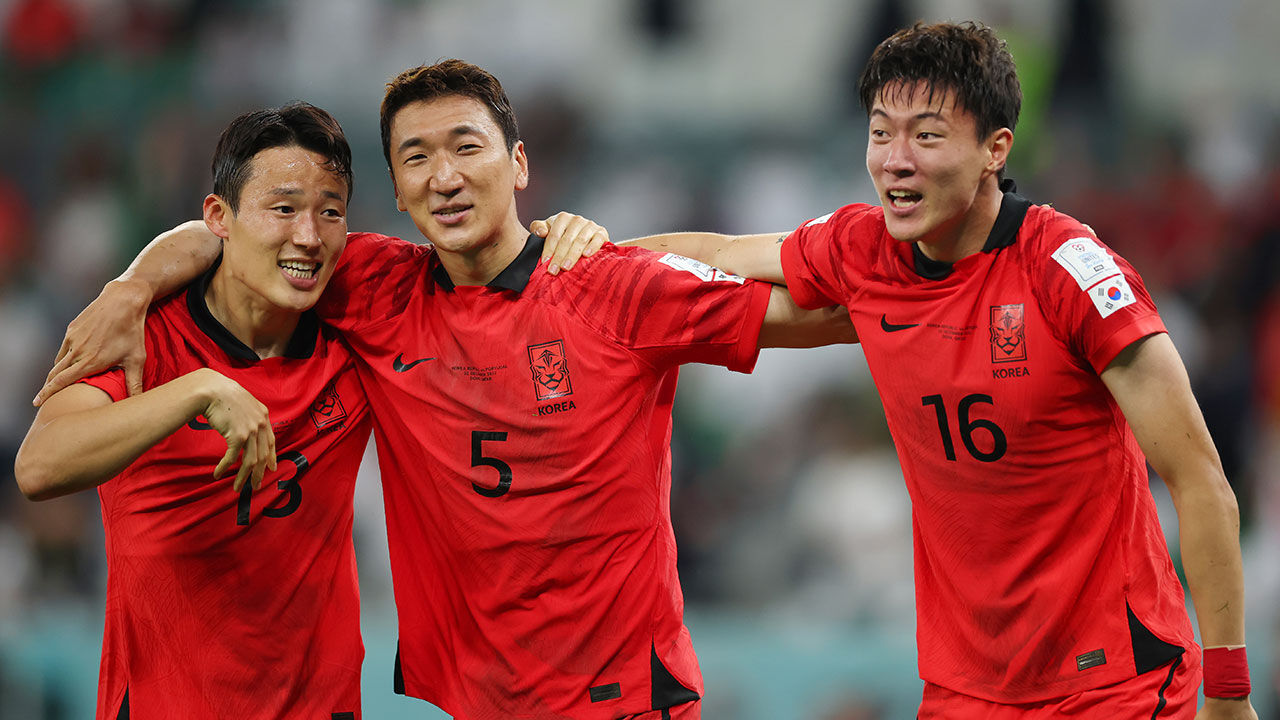 Midfielder Son Jun-ho (30, Taishan, Shandong) of the Korean national soccer team, who won a thrilling come-from-behind victory over Portugal, a strong player ranked 9th in the FIFA rankings, was delighted to say, “This is football.”

Son Jun-ho, who stepped on the ground in place of Lee Kang-in in the 36th minute of the second half, met with reporters after the game and praised Hwang Hee-chan (Wolverhampton) for scoring a theater goal.

He said, "Even though Hee-chan's back (thigh) muscles are not good, he went in (on the ground) and scored a goal. Thank you very much."

In the second half, the national team was pushed back by Portugal's offensive, and did not have as many attacking opportunities as in the first half.

However, in the counterattack situation in the second half of extra time, Son Heung-min (Tottenham)'s pass was diligently run by Hwang Hee-chan, who shook the net.

Son Jun-ho looked back and said, "I was only defending and then I won with that one shot. I think this is soccer."

"It seems like a miracle has happened. I don't know how to express this feeling," he said. .

He also said that he was stimulated by Japan's propaganda, which advanced to the round of 16 after winning Germany and Spain in order in Group E, which was called the 'Group of Death'.

“Honestly, I had a lot of thoughts,” said Son Jun-ho.

With this victory, Korea advanced to the round of 16 at the World Cup for the first time in 12 years since the 2010 tournament in South Africa.

Including the 2002 Korea-Japan World Cup, which wrote the legend of the semifinals, which was the best performance ever, it passed the group stage of the World Cup finals for the third time.

Son Jun-ho expressed his determination, saying, "I will prepare a lot for the round of 16. I will pour everything in so that I can advance to the round of 8."