Son Heung-min with tears of joy "Insufficient claim, players filled it up"

Our athletes did not let go of hope and worked together until the last moment to finally create a miracle. Let's listen to the words of the players immediately after the match, who showed how much a fighting spirit that does not give up can shine. 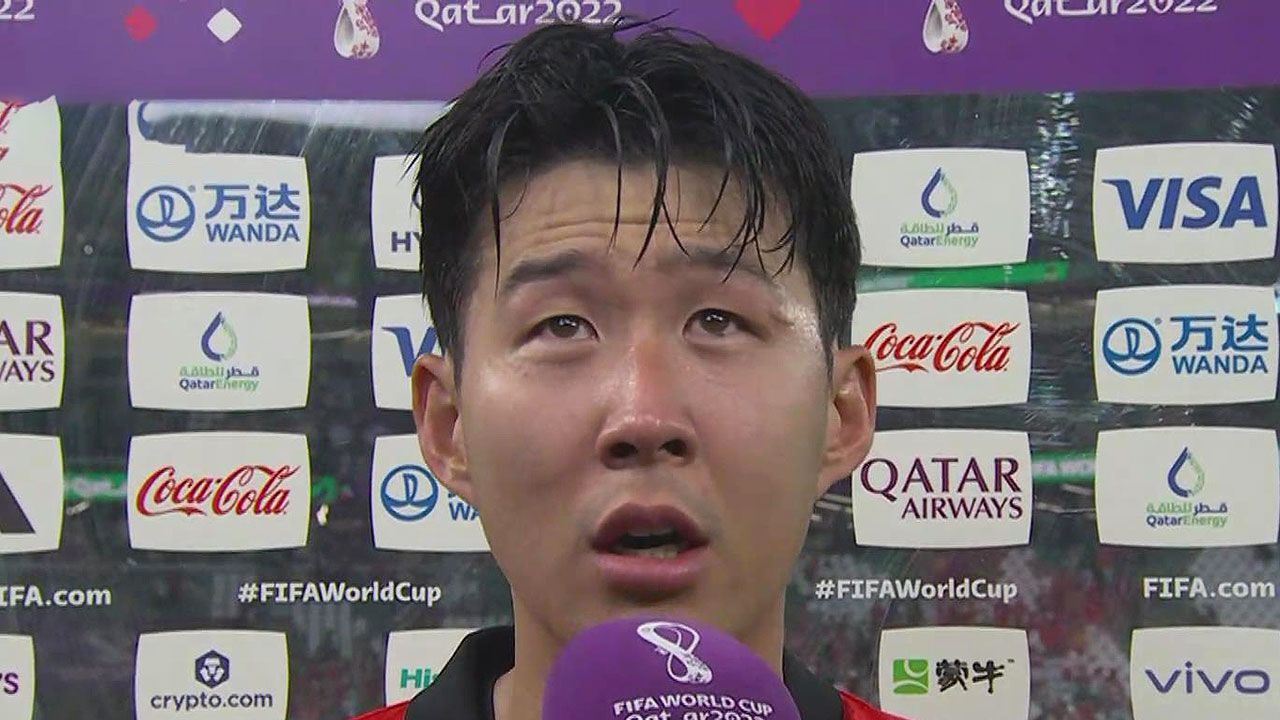 Our players did not let go of hope and united until the last moment to finally create a miracle.

Let's listen to the words of the players immediately after the match, who showed how much a fighting spirit that does not give up can shine.

[Son Heung-min/Soccer national team captain: I really did my best in 2018, but I couldn't get this result, but this time, I'm so happy that I got a really special result, and I'm really, really proud of the players.

Rather, I, the captain, showed a more lacking side, but I was really very grateful and proud to see the players cover.]

[Hwang Hee-chan/Soccer national team midfielder: As a Korean player, I am so proud to be able to give you joy while playing like this, There were so many really difficult moments, but looking at the players' faces, I was able to gain more strength, and I think the parts we didn't give up until the end came to us with good results.]

Also, I thought it was fortunate that I followed the tying goal quickly in the first half, and thanks to that goal, Hee-chan even came from behind and I think I'm doubly happy.

” I think I always try to help goals as much as possible.

If such a situation arises in the next game, I want to be as helpful as possible.]

[Cho Kyu-seong/Soccer national team striker: I think we made an unbelievable result that we were in the round of 16 like this thanks to your trust and support until the end.

Thank you so much.

If you support Korea until the end, we will really show you at the stadium.]

[Kim Min-jae/National soccer team defender: I think I had an experience that can't be expressed in words.

The players did so well today that I wonder if I should take another break, and I plan to run even if something breaks, right now.]