The miraculous winning goal came from the feet of captain Son Heung-min, who fought with a mask. Son Heung-min, who gave the national team victory with a decisive pass that cut through three of his opponent's defenders, finally shed tears of joy the moment he made the first 16 in his third World Cup. 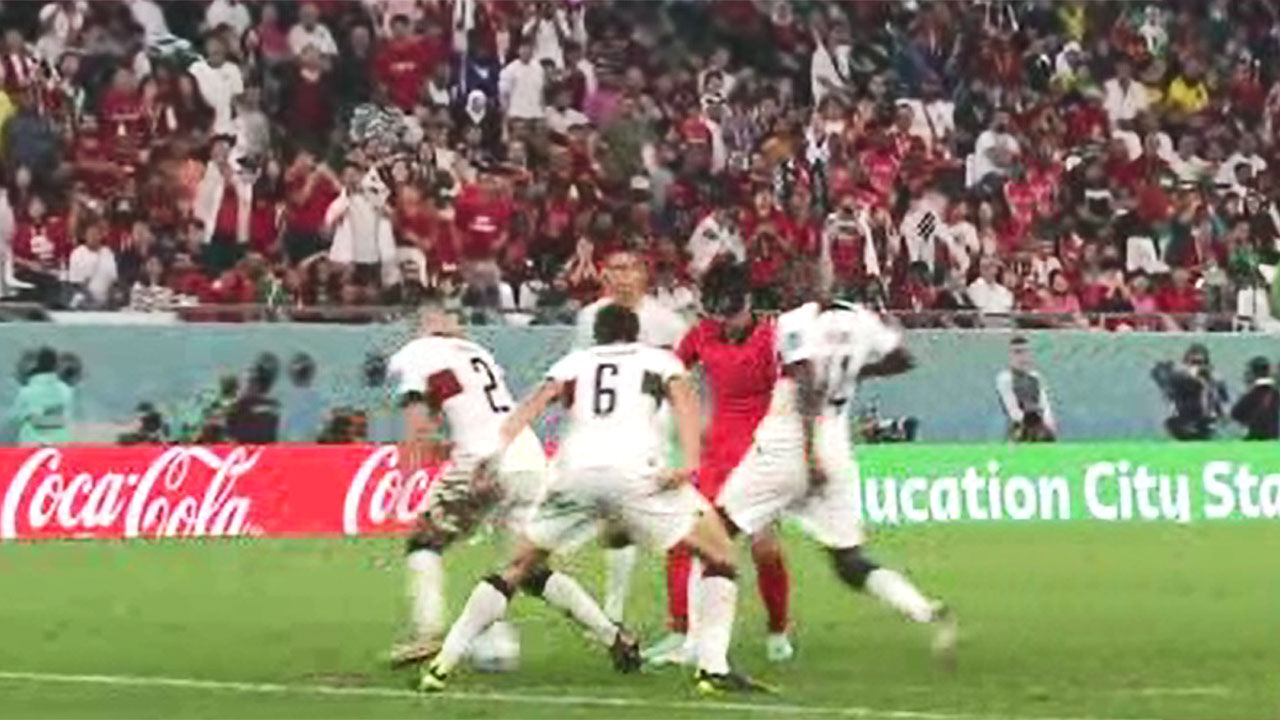 Heung-Min Son, who gave his national team victory with a decisive pass that cut through three of his opponent's defenders, finally shed tears of joy the moment he made the first 16 in his third World Cup.

Before entering the stadium, Son Heung-min said goodbye to Ronaldo and pledged to do his best. As the national anthem rang out, Son Heung-min shed tears through his mask and walked the ground with determination.

When he gave up the opening goal in the 5th minute of the first half, he encouraged his teammates to focus more and led the attack more actively than anyone else.

When the ball came over his head, Mask didn't care and headed it, and even in the defensive area, he took the ball away from the opponent with an active tackle.

Son Heung-min, who spearheaded the attack in the second half, swallowed regret that he couldn't finish, but he led the atmosphere by inducing cheers from the crowd when he went for a corner kick.

And in the extra time of the second half, when the group stage elimination was in sight, it flew up splendidly.

As if reminiscent of the match against Germany in the last tournament, he sprinted from the defensive area and calmly stabbed Hwang Hee-chan with a pass in front of three opponents, assisting the thrilling goal.

At the most important moment, he recorded the first attack point of the tournament and laid the foundation for a 2-1 come-from-behind victory.

When the final whistle blew, Son Heung-min, who had been lying on the ground and shed tears for a long time, embraced his teammates and shared joy when his advance to the round of 16 was confirmed.

[Heung-Min Son/Captain of the soccer team: As the captain, I showed a more lacking side, but I was very grateful and very proud of how (fellow) players covered it.]

Heung-Min Son defeated Portugal, led by his idol Ronaldo, and finished 3 After my 1st challenge, I achieved my dream of advancing to the round of 16 at the World Cup.

And the Taegeuk Warriors, who created a miracle, are now taking on a new challenge: the first ever expedition to the quarterfinals.