The entire football world is talking about the same thing today. Was the ball really not over the short line? The verdict from the VAR room, that Kaoru Mitoma managed to hit the cross that gave Japan 2-1, before the entire ball was over the line, meant that Germany were knocked out of the World Cup. 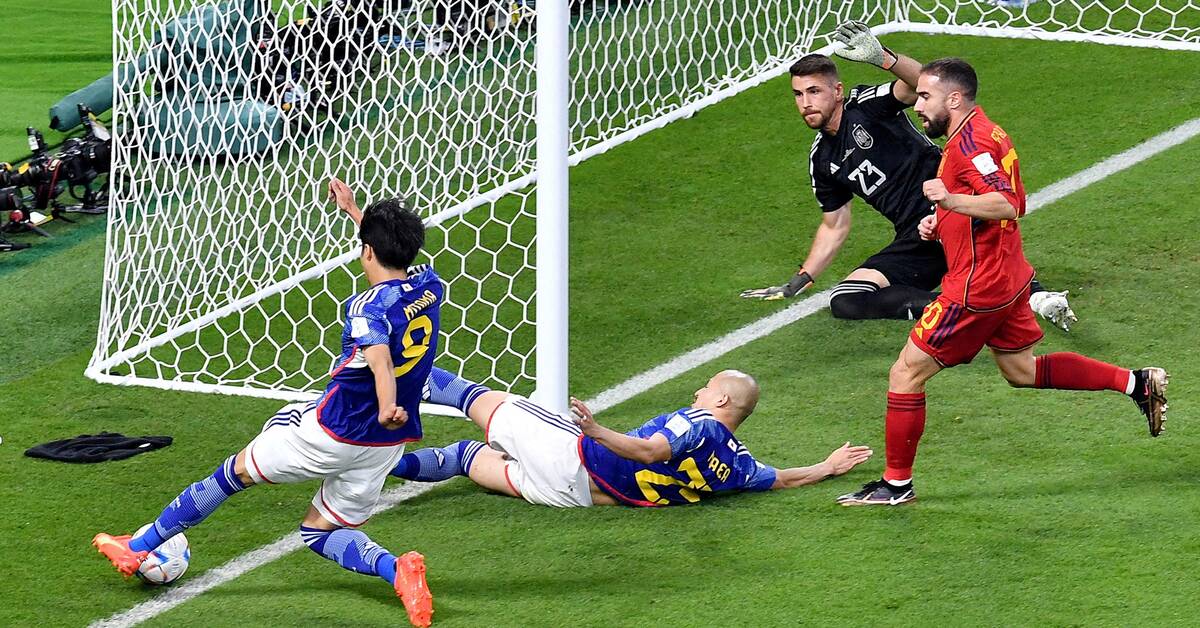 Depending on the angle from which you see the situation, the ball looks clearly out - or minimally in.

There are many reactions to the verdict.

- As long as there is no air between the ball and the line, the whole ball is not out.

People can try it at home themselves.

Put a round object over a line and you will see that from the side it looks like the ball is out, but from above there is no air between the ball and the line, says Vikings midfielder Kristoffer Løkberg in NRK's ​​WC studio.

But despite that, there were others who weren't quite happy with the decision.

- Why doesn't Fifa show us something that is controversial and that was so costly for the Germans?

Why don't they show it to us?

Give us an explanation, Graeme Souness is said to have said in the ITV studio.

And former great player Gary Neville was on the same track.

He does not dispute the VAR decision itself, but also thinks that the TV viewers should have been able to see the evidence images.

- I don't doubt that VAR has seen the decisive angle or evidence that we haven't seen but why doesn't Fifa let the VAR images go out on the world feed?

In the Premier League, we get to see what is happening and have access to those images.

It's incomprehensible and doesn't make it all transparent, writes Neville on Twitter.

For example, you can find lots of clips where people themselves put balls over lines to show that the ball can be in even though it looks like it is out from the wrong angle.