Kim Seung-gyu "I can't believe it... I thought the opportunity would come"

Goalkeeper Kim Seung-gyu of the Korean national soccer team said, "I couldn't believe it" at the dramatic advancement to the round of 16, and was delighted to say, "It was so good to be on the scene as I only saw on TV." 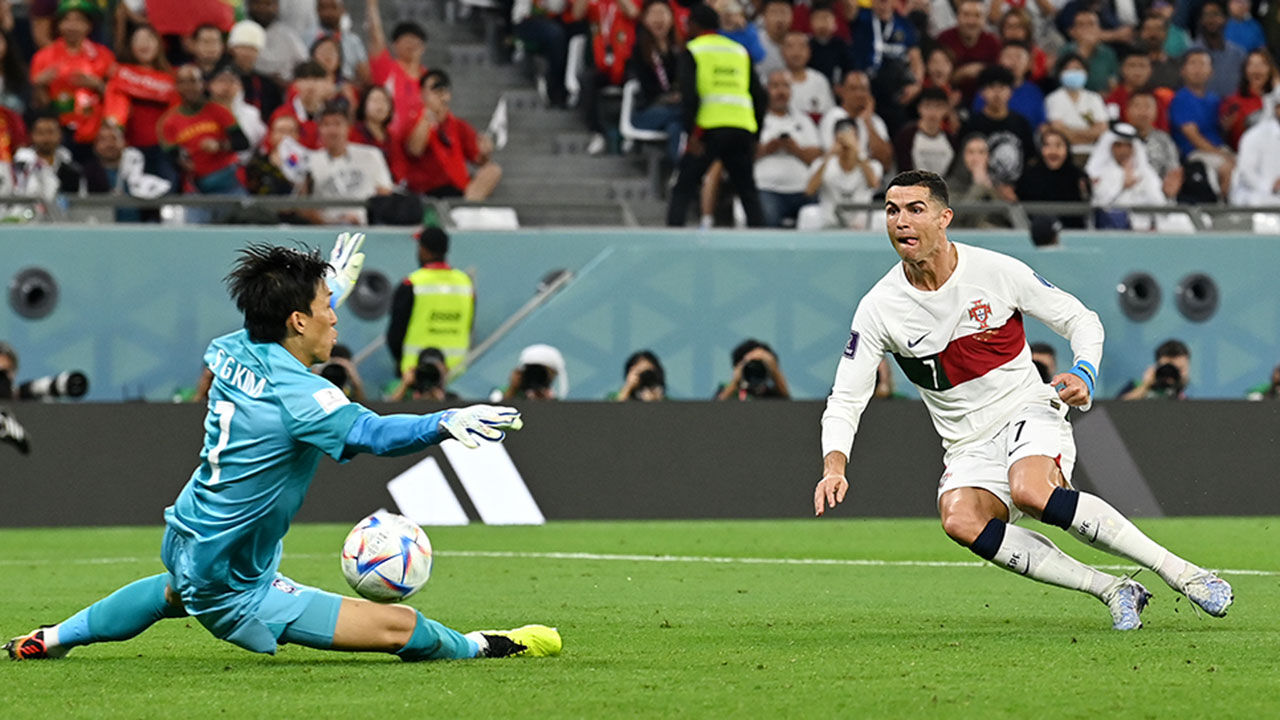 Goalkeeper Kim Seung-gyu (32, Al-Shabaab) of the Korean national soccer team was delighted to say, "I couldn't believe it" at the dramatic advancement to the round of 16, and "It was so nice to be on the scene as I only saw on TV."

Korea defeated Portugal 2-1 in the 3rd Group H match of the 2022 FIFA World Cup Qatar held at the Education City Stadium in Al Rayyan, Qatar on the 3rd.

Although tied with Uruguay with 1 win, 1 draw and 1 loss, Korea, which advanced to the round of 16 ahead of many points, conceded the opening goal in the 5th minute of the first half of the day, but did not concede any more goals afterwards and won a thrilling come-from-behind victory.

In an interview after the game, Kim Seung-gyu said, "I thought today was the last game and prepared." same," he said.

He blocked the game against Uruguay in the first game without conceding a goal, but Uruguay had no effective shots at the time, and in the second game with Ghana, all three of Ghana's effective shots conceded, leaving a regret.

On this day, he failed to block Portugal's first effective shot, and accepted an unpleasant report card of '4 runs on 4 effective shots'.

However, all four of Portugal's subsequent shots on target were well saved, and although it was ruled offside, he played an impressive game, saving even in a near one-on-one confrontation with Cristiano Ronaldo.

When asked how he felt about reaching the round of 16, he replied, "I played the game myself, but I couldn't believe the situation."

In particular, I remembered the moment I watched the match between Uruguay and Ghana held at the same time after finishing the game first.

Uruguay beat Ghana 2-0 on the day, but if they scored one more goal, Uruguay could have finished second on points.

Kim Seung-gyu confessed, "I really felt that time could not pass like this."

After conceding the first goal, he explained his determination at the time, saying, “I felt that the difference between 1-0 and 2-0 was huge even in the game against Ghana, so I tried to endure as much as possible and finish the first half even with a 1-0 score.” I did.

While Brazil is a strong opponent for the round of 16, Kim Seung-gyu looked back on the evaluation match with Brazil in June of this year.

He said, "We lost a lot of points at that time (1-5 loss), but we played the football we wanted to do," and said, "Because we've been hit once, we'll be able to prepare well in that area."

In addition, pointing out that coach Paulo Bento watched the game from the spectators in the game that day, "I personally hated the coach playing without being on the bench in a game that could be the last." He emphasized that he was determined to fight against Portugal.