Did Spain deliberately exclude Germany and face Morocco in the second round?.. German players answer

In the mixed area of ​​the “Al-Bayt” stadium, which hosted Germany’s victory over Costa Rica at the end of the first round matches of Group E, there are conversations between journalists about what happened in the last minutes of the confrontation between Spain and Japan. 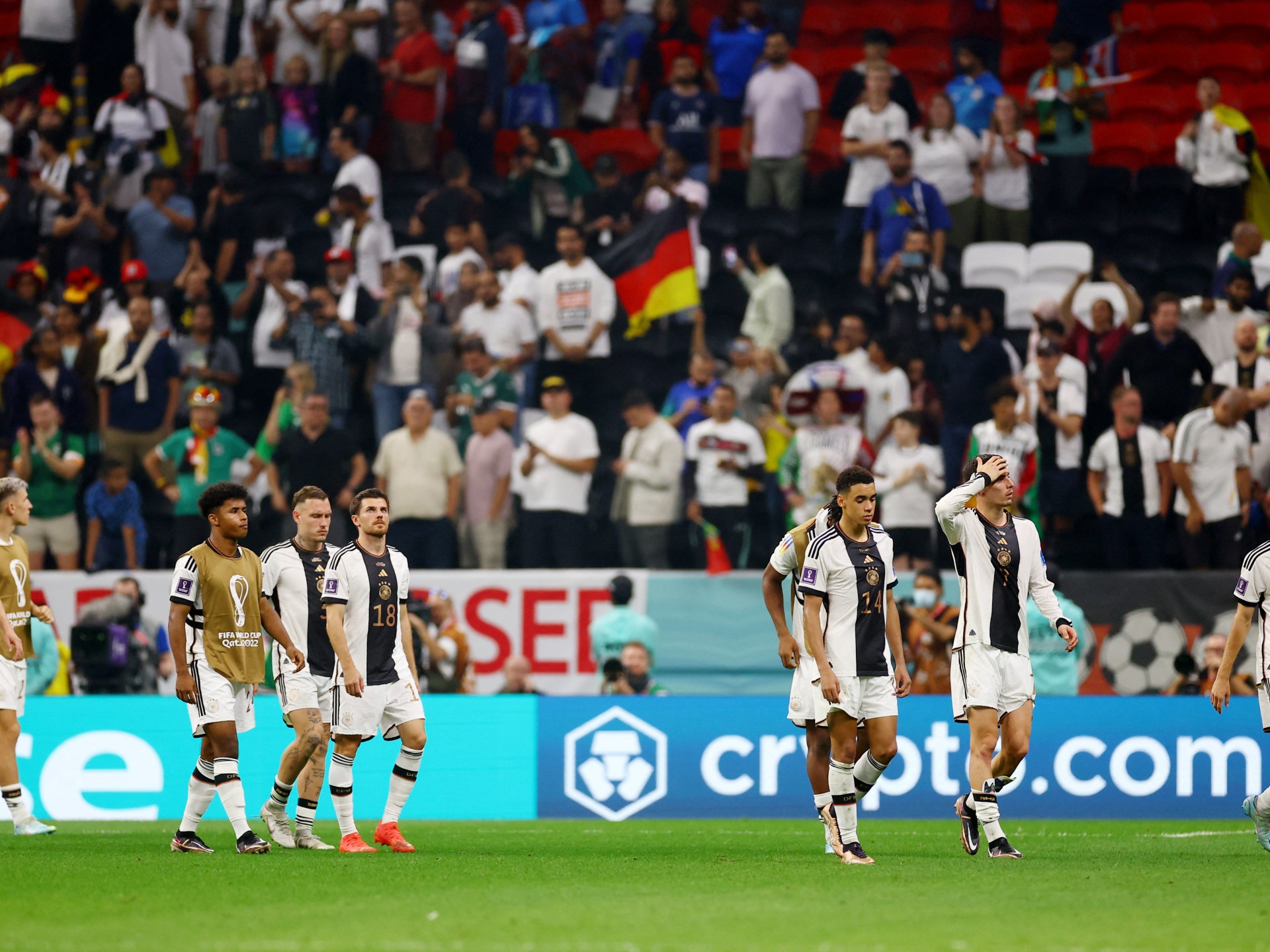 In the mixed area of ​​the World Cup "Al-Bayt" stadium, which hosted Germany's 4-2 victory over Costa Rica at the end of the first round matches of Group E, there are conversations between journalists about what happened in the last minutes of the confrontation between Spain and Japan, and the result indicated that Japan was superior 2-1 The "Manshafts" beat the North American team 3-2.

One of the journalists says that Spain confined its play to the middle of the field and did not launch intense attacks or seriously seek to win. in the final price.

We ask one of the German journalists, who was in the area for the passage of players and talking to journalists, about the possibility of this issue, and he said that “when you leave your fate in the hands of others, rumors, expectations and analyzes abound,” and he continued, “although I do not think that the matter is true because no team wants to lose.” When the German players pass by, ask them this question and let them express their opinion."

And another German journalist intervenes to confirm that "they will not answer because their hope is disappointed and they only think about this harsh exclusion, and after a few days they may return to search for reasons outside of football, if any."

We bring this question and scenario to Ilkay Gundogan, the Manchester City player. He was not surprised by the question or expressed his astonishment and said that he "does not know and cannot answer because he did not watch the other match (Spain and Japan). We had to play our part in a better way and not wait for others or what is going on in The second match, and perhaps the reason for our exit is that we lost the first match, the repercussions of which we could not get rid of.

And he admitted that “the national team lacks a lot of things and we did not perform as individuals and a group what is required of us, and we were very far from our level even though we made efforts to do our best, but we were knocked out for the second time in a row from the World Cup group stage, and this is a difficult and harsh matter, and we must work quickly to address the problems that arise.” We suffered from it in those three games."

As for young Dortmund player Karim Adeyemi, he considered himself that “he does not believe that this matter (Spain intentionally losing) is logical because Spain lost the match and finished second, and Morocco will face the leaders of Group E, and there is no team or national team that likes to lose or seeks it in a friendly match, so how A tournament like the World Cup?

In response to a question about whether they feel that losing the first match against Japan reduced their hopes of qualifying for the second round, Adeyemi said, "This did not happen. We are out of the tournament."

He continued, "They are developing themselves and preparing for the next European Championship in two years and the upcoming competitions."

Al-Jazeera Net tried to survey the opinions of other German players about what happened in the last minutes of the Spain-Japan match, but Manuel Neuer, the captain of the national team and the Bayern Munich team, and his colleague in the team and the national team, Thomas Mueller, refused to answer him and focused their conversation on justifying the bitter exclusion and that the players did what they had to and won the match against Costa Rica, but they can't control what happens in the second game that results in Japan and Spain qualifying.

On the other hand, Keylor Navas, captain of the Costa Rica national team and Paris Saint-Germain goalkeeper, considered that they are happy to participate in this World Cup, present a good level, and face teams such as Spain, Japan and Germany, and play as a club against them.

He continued, "We showed that we are a team capable of competing with big teams, and all this is the result of the work of the Colombian coach, Luis Suarez, who quickly adapted to the team and his efforts began to bear fruit, hoping that we will develop and present better levels in the coming dates."

In response to a question by Al-Jazeera Net - through a translator - about their feelings when they were ahead of Germany 2-1 and approaching qualification for the second round, Navas explained the great joy that overwhelmed them and how he asked the players to congregate in defense to preserve the result and achieve surprise, "but when you play against A team like Germany, with so many stars and strikers in its ranks, it will be difficult to keep score and not concede goals."

Germany exited the FIFA World Cup Qatar 2022™ in the first round, despite their victory over Costa Rica

The "Machines" team left the Qatar World Cup from the first round, despite its victory over Costa Rica 4-2 in the third and final round of the first round, in the fifth group competitions, from which Japan and Spain advanced.

The German national team was not satisfied with its victory and left the World Cup through the back door for the second time in a row, after its score stopped at 4 points, equal to the Spain national team, which lost to Japan 2-1, but the Spanish national team excelled on goal difference and secured second place, while the national team decided Japan lead with 6 points.