Foreign media also admired the dramatic come-from-behind victory of our national team. In particular, the local media praised the great success of Son Heung-min and Hwang Hee-chan, who play in the English Premier League. 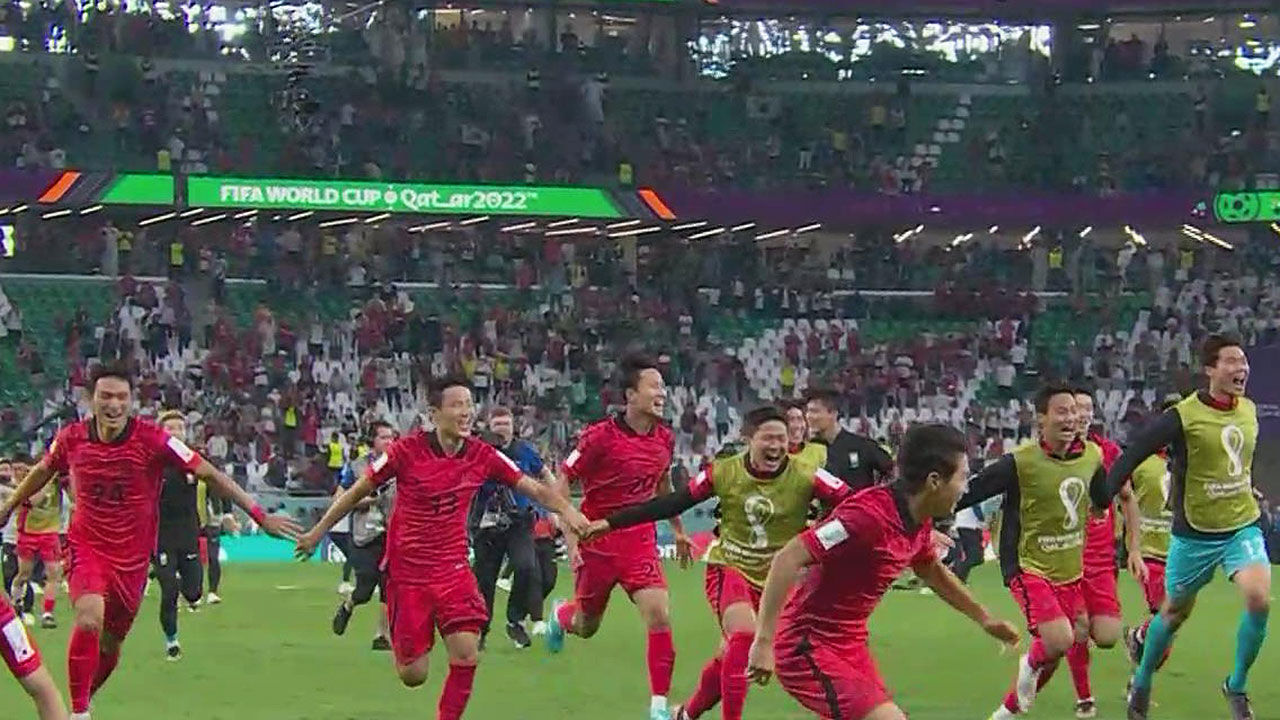 In particular, the local media praised the great success of Son Heung-min and Hwang Hee-chan, who play in the English Premier League.

This is reporter Jang Min-seong.

In particular, we focused on the 'theatrical goal' that came out in extra time in the second half.

The BBC looked hopeless as the Korean national team conceded the opening goal in the first five minutes of the match, but admired that the duo of Premier Leaguers Son Heung-min and Hwang Hee-chan made a happy ending.

Heung-min Son, a star of Tottenham and a hero of Korean football, chose to pass instead of shooting in the second half of extra time, and Hee-chan Hwang, striker of Wolverhampton, jumped into the front space and gave a twist with a wonderful finish. gave it the second highest score of 8.88.

On the other hand, Portugal's Ronaldo, who missed several opportunities, was given the lowest rating of 3.77.

ESPN, an American sports media outlet, also praised Son Heung-min as "a magical player with the calmness to lead to victory even under great pressure," giving it the highest rating of 9 points.

On the other hand, Ronaldo turned his back in Korea's first scoring situation and did nothing, giving an excuse for conceding, and scored the lowest 5 points.

Japanese media, which confirmed the round of 16 a day earlier than Korea, paid attention to the fact that three Asian countries reached the round of 16 for the first time in World Cup history, and predicted the possibility of a confrontation between Korea and Japan in the quarterfinals.