Security employees at the Education City Stadium in Doha asked Tunisian fans to stop jumping in the stands. It was useless. Khazri's goal against France... 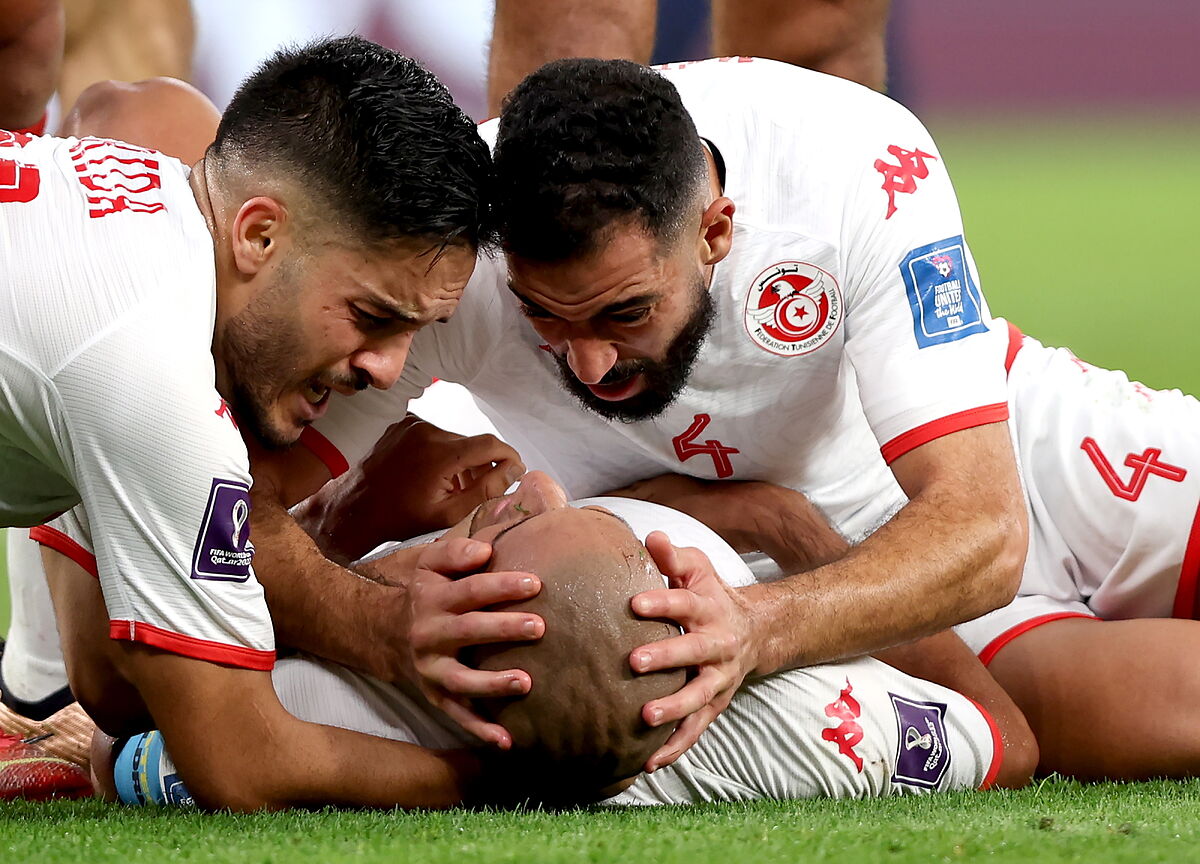 Security employees at the Education City Stadium in Doha asked Tunisian fans to stop jumping in the stands.

, against the champion, even if it was in a B version, classified them for the round of 16 at that moment.

Within minutes, Australia scored against Denmark and the dream was gone, but not the pride due to a memorable effort by their players, who played with fire and blood.

, despite being where he expected, leaves a bad taste in his mouth, not the taste of camembert.

Every coach who has the opportunity to carry out a calculation exercise to manage forces in the most demanding tournament does so.

France had a lot to lose, in the event of an injury to any of their leading players, and virtually nothing to gain.

That if we talk about the classification.

If what we are talking about is sensations, it is something else.

Reaching the round of 16 with the best is also important.

Defeated by Tunisia, those of the Frenchmen are not the desired ones, despite the final harassment of those who called in a hurry, from

, whose tie was annulled by VAR in added time.

The difference in motivation, as expected, marked the clash.

The Maghrebis had a very remote option that they exploited with excessive intensity.

For players who knew they would continue in the World Cup, it was dangerous to respond with the same.

Nobody wants to experience the tragedy that Benzema

Only three regular starters had Deschmaps in the eleven,

The rest, substitutes, even the goalkeeper

was another of those who entered the lineup, although to be placed on the right side.

The tendency was for him to go to the center.

The reality is that he was misplaced.

Tunisia put everything and, before those who did not put anything, it was easy to tilt the party.

Kahzri, hyperactive in attack, lost speed on several occasions and was able to score with a shot that Mandanda repelled.

He would do it in the second half, as

allowed a tame ball to be snatched away, Khazri received up front and went in easily to put the ball into the net.

Neither fast nor strong.

The pride of his people was then the wounded pride of Deschamps, and not because the Tunisian fans had whistled the Marseillaise.

He then called on Mbappé and

, the best in previous games, and then Démbélé.

He went with everything to avoid turning red, but the only thing he got was a shot from Mbappé that

saved and no goal from Griezmann.

The sensations are also important, not just the points.

His calculation exercise ended in ridicule.