The strange 'equality' of FIFA: after 42 games a woman will referee

A couple of days before the opening match, that Qatar-Ecuador game at the distant Al Bayt stadium, FIFA summoned the media to give him some focus prior to arbitration. To some... 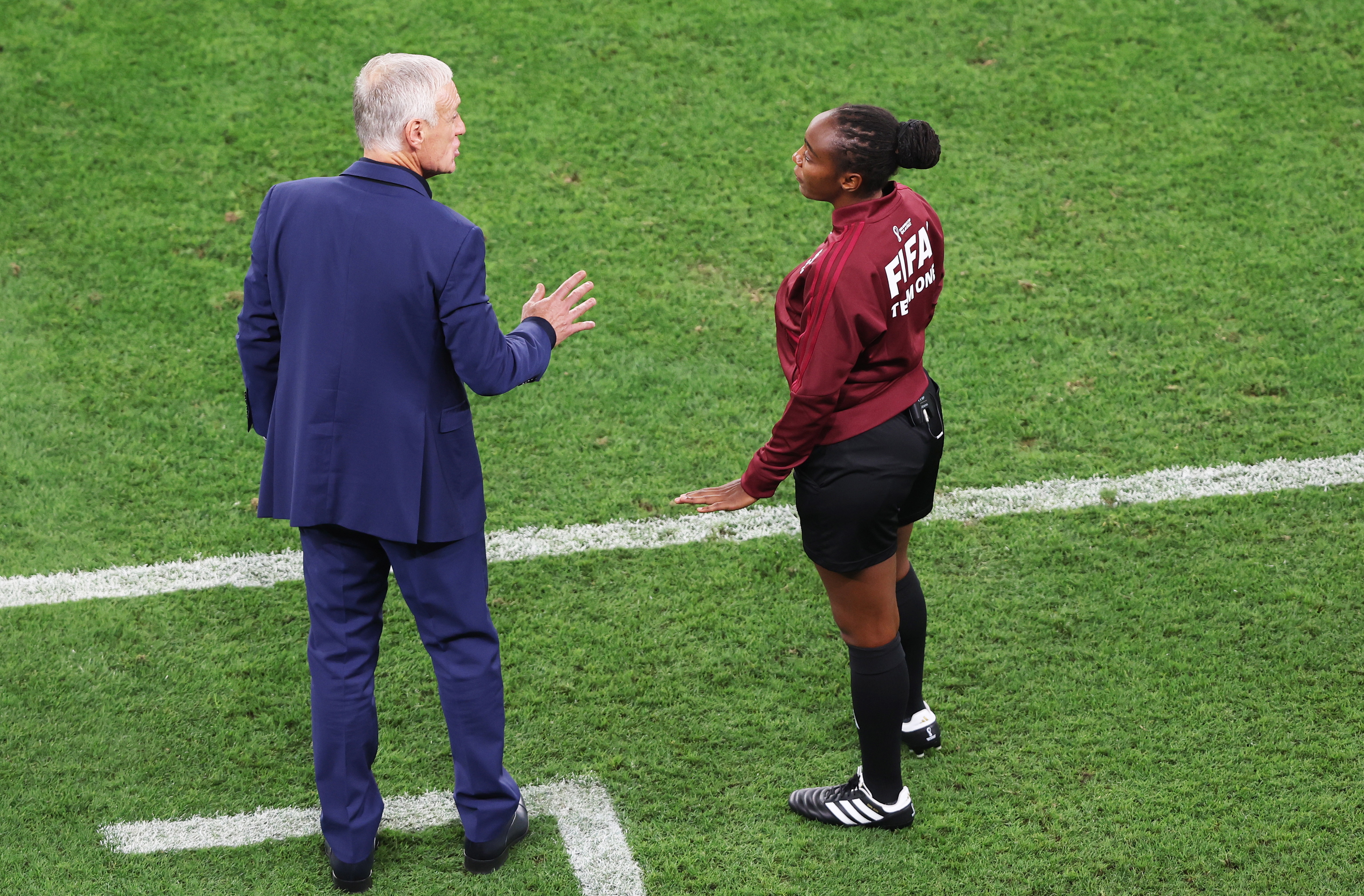 A couple of days before the opening match, that Qatar-Ecuador game at the distant Al Bayt stadium, FIFA summoned the media to give him some focus prior to arbitration.

A few meters from the overwhelming Khalifa International Tennis & Squash Complex, where the ATP 250 tennis tournament and the WTA Qatar Total Open have been held, is the Club Deportivo de Qatar stadium, with a tiny grandstand and an athletics track.

There two teams faced each other, messy and somewhat messy football.

The referees summoned in that act took turns to direct the duel.

They also dedicated a good part of the game to practicing VAR actions that could be key during the World Cup that was about to start.

On the grass, in what looked like a FIFA statement of intent, were American

, who led Spain on Sunday in its match against Germany, or the Argentine Fernando Rapallini, who has already mediated, for example, in the Morocco-Croatia game.

On the payroll of that act there were seven referees, of the 129 in total (36 referees, 69 assistants and 24 VAR members) summoned for the World Cup.

Of those 129, six (three referees and three assistants) are women.

Two of them were there that afternoon, already dark in Qatar.

The beaches of Qatar: with a veil, for men or 'without restrictions' for 30 euros...

The beaches of Qatar: with a veil, for men or 'without restrictions' for 30 euros...

, the three main referees proclaimed by FIFA as flags of an evolution in football, have yet been able to debut at the World Cup.

Although Frappart, the most popular of all, already has its date.

After 10:00 p.m. in Qatar, FIFA announced that she would be in charge of directing tomorrow's Costa Rica-Germany.

Her historic debut, as she will be the first woman to do so in World Cup history, will come after 42 championship games, on the penultimate day of the group stage.

An expected debut that will come after several men have even come to repeat.

, who made his debut with Poland-Argentina, whistled again last Sunday, in the match against Spain.

, in charge of the opening game and Argentina-Mexico, and

There are 10 referees who have already had the opportunity to whistle on more than one occasion.

Of the 33 men announced that May 19, 28 have already made their debut.

On Thursday, at about 8:00 p.m. in Europe, at Al Bayt, one of the three women will premiere.

One more step in the career of the French collegiate, which has already been seen in the Champions League.

Not even a month ago he directed Real Madrid-Celtic at the Santiago Bernabéu.

In addition, he was the first to be designated as the fourth collegiate: it was in Mexico-Poland.

The Rwandan Mukansanga and the Japanese Yamashita have also been claimed for that position.

, one of the three assistants selected, together with the Brazilian

and the North American

, has been a substitute on several occasions, such as in the Spain-Costa Rica duel.

Each small step, like the one from Frappart the other day, has been sold by the highest football body as a milestone that they always tend to take off.

That afternoon at the Club Deportivo de Qatar stadium, under a night illuminated by thunderous (and excessive) spotlights, as is customary in the emirate, a rumor spread that Frappart, whose image has crossed borders in recent times, would be the one in charge of directing the opening match, as a gesture by FIFA to stage that the step forward was real.

That they were not simple extras in a World Cup in question since her election.

After 11 days of competition, it will be Stéphanie's time.

Yoshimi Yamashita, as the fourth referee of the England-USA match. Noushad ThekkayilEFE

The financial reward for refereeing one of the group stage matches is 5,000 euros.

And double, 10,000, in one of the qualifying rounds, including the final.

The linesmen and the fourth referees are entitled to 2,500 euros during the preliminary phase, and 5,000 in the rest of the championship.

«For us, the referees are not just a team.

They are the number one team, the most important in the World Cup;

without him there is no tournament", proclaimed Gianni Infantino, president of FIFA, before the start of the championship.

And in it were them, Stéphanie, Salima and Yoshimi, who have waited patiently for that announcement last night that is now part of history.

Dreaming, probably, that there may still be some other opportunity in the 20 games that still lie ahead.