The Qatari cheering squad, as it turned out, was a 'part-timer' brought from abroad? [World Cup Pick] 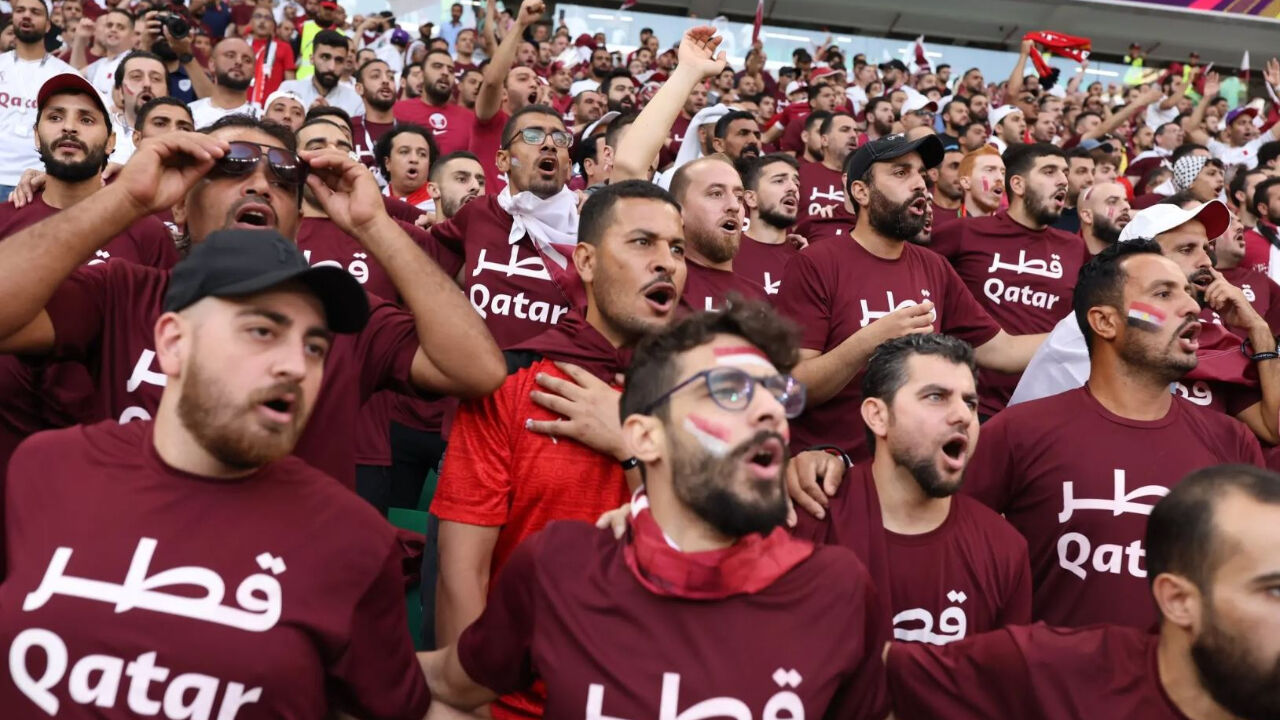 However, there is no such cheering culture in Qatar.

Then, what is the identity of these fans cheering fervently in the stands?

Suspicion was raised that Qatar, the host country of the World Cup, recruited 'part-time jobs' for cheering squads from Arab countries such as Lebanon to liven up the home game atmosphere.

On the 28th (local time), the New York Times (NYT) reported in an article titled 'The Hidden Secret of Fans Who Passionately Supported Qatar' that most of the cheering squad that appeared in the stands at Qatar's game were football fans from Lebanon.

At the stadium where Qatar participated, about 1,500 enthusiastic cheering squad lined up in a row behind one of the goalposts, grabbed each other's shoulders, and raised the atmosphere with the sound of drums, slogans, and cheering songs in perfect order.

They wore matching T-shirts with the words "Qartar" on the front and "All for Al Annabi" on the back on a reddish-brown background, the color of the Qatari flag, and sang the national anthem played before the game as naturally as the Qatari people. .

During the game, leaders stationed throughout the cheering squad encouraged them to sing louder and shout slogans.

However, this was a cheering culture that Qatar had never shown before.

Originally, Qatar has such a thin fan base that even in its professional soccer league, the number of spectators does not exceed 1,000 per game.

After the Arab Spring, which overthrew President Hosni Mubarak in 2011, the fact that 'Ultras' (enthusiastic football fans), who cheer loudly and passionately, was virtually banned in Egypt and other Middle Eastern countries is due to the small number of football fans in Qatar. It's related.

As a result, the Qatari government, concerned that the atmosphere at the stadium would be dull due to the small number of football fans, temporarily invited passionate football fans from neighboring Lebanon during the group stage.

Not only that, but also provided flights, lodging, admission tickets, and expenses for young Lebanese soccer fans who came to Qatar as spectators.

According to the NYT, the Qatari government recruited a cheering squad from last April, and arrived in Qatar in mid-October, a month before the tournament, choreographed a new cheering song and even rehearsed.

Most of the cheering squad came from Lebanon, but it is known that there were also football fans from Egypt, Algeria and Syria.

"According to the World Bank, Lebanon is facing a serious economic crisis, with youth unemployment reaching 30 percent," he said.

While there are cases where locals are mobilized to fill the stands at international events such as the World Cup and Olympics, hiring from overseas is rare.

In response, NYT analyzed the characteristics of Middle Eastern countries where soccer cheering culture was not developed.

Meanwhile, Qatar became the first host country to fail to score a point in the World Cup, defeating the Netherlands 0-2 in the third group stage match held today (30th).

As a result, the enthusiastic cheering squad in the Qatari crowd was on their way home.