More serious, Tunisia won their duel against a freewheeling French team. Insufficient success in qualifying the Carthage Eagles due to Australia's win over Denmark. 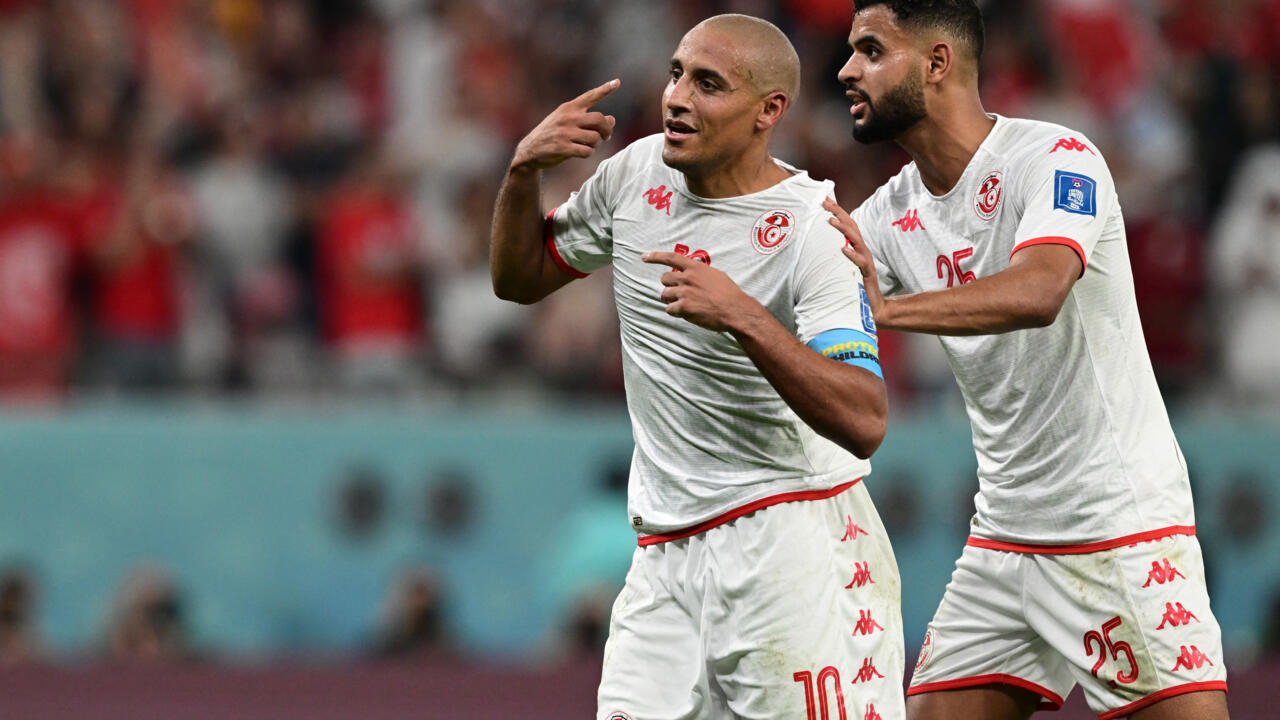 Between the Blues and the Eagles of Carthage, only one team played football for 90 minutes.

And the latter won.

Tunisia beat a French team completely turned upside down by a resting of its executives (1-0).

The tone is set from the hymns.

"La Marseillaise" is whistled and the French warned: it's an away game for the largely redesigned team lined up by Didier Deschamps.

Already assured of qualifying, the coach changes nine players of his eleven type with incongruities like Eduardo Camavinga left side or Axel Disasi who becomes the 1st Blue to make his selection for the World Cup since 1966.

A powerless France B team

The Tunisians know that against this French team, they have a card to play.

So they bravely play their luck.

On a free kick from Wahbi Khazri, Ghandri shoots Mandanda at close range but the goal is disallowed for offside (8th).

A few minutes later, the former Stéphanois claimed a penalty.

Tunisians, motivated by a feat, are necessarily much more enterprising.

They benefit in particular from the inexperience of Camavinga who loses a lot of balls on his unusual position.

However, he can count on the support of Konaté and the returns of his big brother from Real Madrid Tchouaméni.

Even without Mbappé, Griezmann or Dembélé, the Blues can be dangerous at any time.

They prove it from a party against their own camp.

Fofana brings the ball up at full speed and launches Coman.

Slimane responds with a whim on a cross from the left.

The experienced Mandanda watches over the grain (30th).

He also boxed a long shot from Khazri following a poor raise from Varane (35').

And when the Rennes goalkeeper is beaten, it is Disasi who saves the country (42nd).

This team of substitutes seem unable to put the intensity necessary to resist the Tunisian waves and the battering of Khazri.

It is the latter who finds the fault.

At the start of the action, Fofana loses the ball and claims a foul.

The referee, however, signals to play.

Didier Deschamps decides to take his arsenal off the bench.

Something to restore color to the Blues.

On two corners from Grizou, the Tunisian defense pushes back.

Rabiot reverses on Dembélé who crosses from the left.

With a boost from the VAR which denies a goal from Griezmann for offside at the last moment.

what can be the consolation of their elimination.

On the side of the Blues, Didier Deschamps will be able to argue that the need to rest his eleven before the round of 16 and save himself additional injuries.

And too bad for the victorious dynamic of the first days.