Mbappe is a hero in Uzbekistan.. What is the story?

France star Kylian Mbappe, sharing his joy with his goal against Denmark in the 2022 World Cup, did not know that he would become the first star in Uzbekistan. 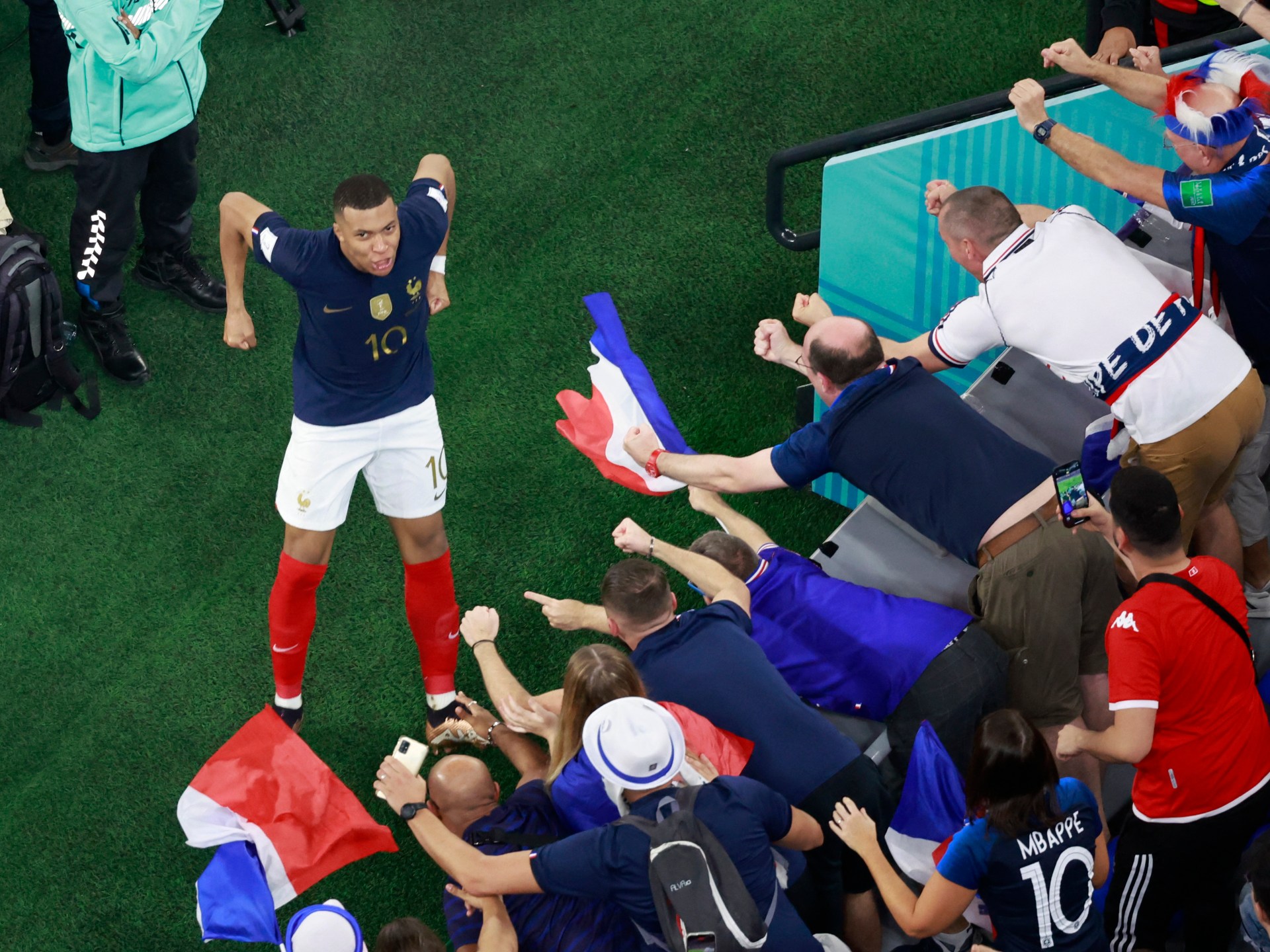 France star Kylian Mbappe, sharing with his followers on Instagram, a picture of his joy with his goal against Denmark - in the second group match of the 2022 World Cup in Qatar - did not know that he would turn into the first star in Uzbekistan.

The picture received a great reaction from the fans of the French star Paris Saint-Germain, especially since the goal that occurred in the last breath of the meeting gave the "Roosters" the official qualification card for the second round.

But what attracted more attention in the picture was the huge number of comments that Kylian Mbappe made on the picture, which came especially from the Uzbeks, after the flag of their country appeared in the picture.

At first glance, the picture appears very ordinary, but the presence of the Uzbek flag in this shot hanging on the runway at Stadium 974 in Doha changed the scene, and made its impact completely different for millions of Uzbeks.

More than that, it made him a hero in Uzbekistan;

Because it highlighted the flag of their country that is not participating in this global sporting event.

The “coincidence” of the presence of the Uzbek flag made this image break records in terms of interactions, as its number reached 76.7 thousand (most of them emoji representing the flag of this country located in Central Asia), surpassing the number of comments on the image of the French star accompanied by the World Cup in July. July 2018 (76 thousand), or fellow Argentine star Lionel Messi with the Golden Ball in August 2021 (76,500).

The Uzbeks did not hide their great happiness with this image, and praised the step taken by the French football star, as the Uzbek fan of France, Vukhid Radjadov, told the French press, “At first I was happy because Mbappe scored, but when I saw our flag, it became more fun. It's like he's running towards our flag."

And this 57-year-old man continued, "I am afraid that Mbappe does not know Uzbekistan, but thanks to this picture, many people will know our country."

As for the influencer on social media, Fayrouzkhan Yaqobludjayev, he is happy with this "funny coincidence", while the flag owner Abd al-Rahman Fadlouf - who came to the Qatar World Cup "to introduce Uzbekistan and support the French national team" - said that Mbappe became a "champion of chance" in Uzbekistan.

Kylian Mbappe tops the list of France's top scorers in this Arab version of the World Cup, with 3 goals, and shares the top scorer of the tournament with: Dutchman Cody Gekbo, Englishman Marcus Rashford, and Ecuadorean Enner Valencia.

It is noteworthy that the "Roosters" team finished the first round, leading the third group with 6 points, followed by the Australian team, with the same balance, while Tunisia ranked third with 4 points, and Denmark bottomed the standings, with one point.