It is fast and has a smart chip and a battery. The Qatar World Cup "super" ball is a technical leap that is impossible to deceive

Most people with science fiction did not expect the kicked ball to become smart, record data and charge before use, but modern technology has turned fantasy into reality in the official “super” ball of the Qatar World Cup. 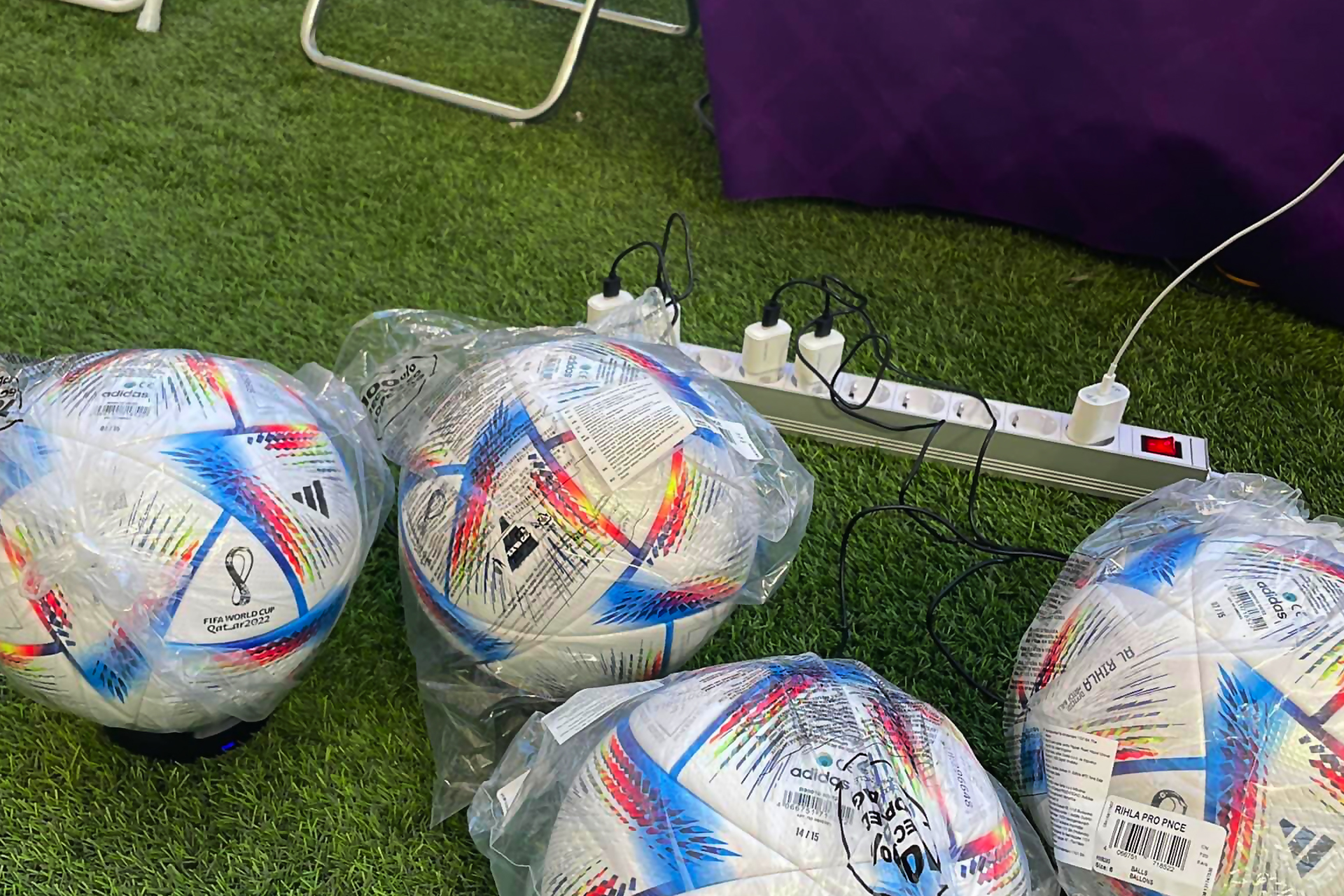 Most people with science fiction did not expect the kicked ball to become smart, record data and charge before use, but modern technology has turned fantasy into reality in the official "super" ball, which is used in matches and training for the 2022 World Cup in Qatar.

The company "Adidas" for clothing and sports equipment - producing the official football for the World Cup currently being held in Qatar - made the "journey" ball to keep pace with modern progress, and helps monitor every small and large, as well as assists the referees.

The German company drew attention to the ball in its statement issued - yesterday, Tuesday - about the goal that Ronaldo demanded that it be counted in his name in the Uruguay match, claiming that he touched the ball before it hit the net, and stated that "in the match between Portugal and Uruguay, and using the connected ball technology in The official match ball "The Journey" from adidas, we can definitively confirm that Cristiano Ronaldo's head did not have any contact with the ball.

And the company added, “No external force can be measured on the ball, as it turned out that there is no (heartbeat) in our measurements, and in the attached drawing, the IMU 500 Hz sensor inside the ball allows us to be very accurate in our analysis.”

Sophisticated and highly sensitive sensors have been placed inside the match balls at the World Cup in Qatar, to help the video technology (VAR) to detect offside cases as accurately as possible. "Mouse" to help them make the right decision.

The data is immediately sent from the sensors to the Local Positioning System (LPS), through the network antennas installed around the field of play, which ingests the data and stores it for immediate use.

The company revealed that the balls are equipped with a small battery that charges like a mobile phone, in order to operate the sensor, and charging ensures that the ball works for 6 hours, continuously or separately, or up to 18 days when not in use.

Weighing just 14g, the sensor enables tracking of the ball during a match, with cameras positioned around the pitch to help referees identify offsides (as in modern semi-automatic offside technology) and other decisions.

"Anytime the ball is kicked, headed, thrown or even tapped, the system captures it at 500 frames per second," said Maximilian Schmidt, co-founder and managing director of KINEXON, the company that made the sensor.

He added, "When the ball flies off the field during the course of play, and a new ball is thrown or kicked to replace it, the (KINEXON) back system automatically switches to entering the new ball data, without the need for human intervention."

Interestingly, Adidas designed the Qatar World Cup ball to be so fast, something England international Kieran Trippier has demonstrated, that it makes him struggle for set pieces.

Al-Jazeera Net asked some players and coaches in Qatar about their experience with the "journey" ball, and they agreed that it is characterized by speed on the ground (as Trippier said), but it has little bounce if it hits the ground, unlike other balls, and this characteristic makes it remain more within the boundaries of the field, stressing They need to get used to them in training, so that the player is not surprised by their unique characteristics on the field.

Football professor and international lecturer, Dr. Jamal Ismail Al-Namki, told Al-Jazeera Net, "One of the goals of the International Federation of Football Associations (FIFA) is to raise the rate of goals in matches and increase the speed of play in them, because they are the greatest fun and real excitement for football fans, and it is certain that Adidas has harmonized with This goal produced a relatively fast ball."

Al-Namki adds that the biggest victims of the speed of the ball are the goalkeepers, who are under greater pressure in matches because of this speed, which is sure to increase further with the advancement of technology.

Al-Jazeera Net learned that FIFA employees and the ball-producing company are the ones who prepare the balls before the matches to be spread around the stadium in addition to a ball with the referee, who is responsible for testing the weight and circumference of the balls according to the requirements of Article 2 "The Ball" of the Football Law.