Ghoddos on Iran's World Cup: "It has been very hard both physically and mentally"

Iran's World Cup is over. It has been turbulent. - We wanted to make everyone happy, but we didn't succeed and we are sorry that we lost and couldn't make the people happy, says Swedish-Iranian Saman Ghoddos to SVT Sport. 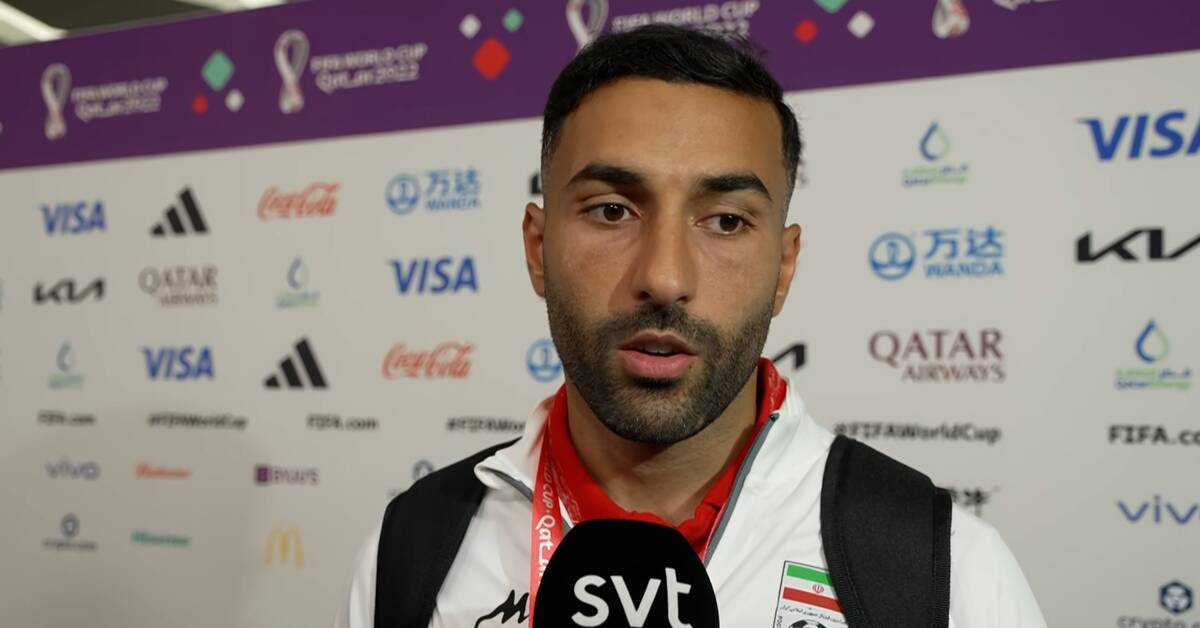 The 0-1 loss against the USA on Tuesday meant that the FIFA World Cup is over for Iran.

Samman Ghoddos had to jump in at the break and was responsible for a spirited run-in, but failed to break the USA's goalless lead.

- It was fun to jump in and do my best, but it wasn't enough.

I had a chance to score, but the shot went wide.

Iran's national team sang along to the national anthem before the kick-off against the USA, just as they did against Wales in the second group stage match.

However, the Iranians did not sing along to the national anthem in the opening match against England, something that was interpreted as support for the extensive protests in Iran during the autumn.

How heavy has this championship been for you?

- It has been very hard both physically and mentally, says Ghoddos.

Not only for us, but also for the people.

We wanted to make everyone happy, but we didn't succeed and we are sorry that we lost and couldn't make people happy.

The other day, a source told CNN that the Iranian players, after failing to sing the national anthem, were called to a meeting with members of the Iranian Revolutionary Guard Corps (IRGC).

According to the source, the players were told that their families would be subjected to violence and torture if they did not sing along, or if they performed any kind of protest against the Tehran regime.

The anti-regime protests in Iran began when 22-year-old Mahsa Zhina Amini died in connection with her arrest by the Iranian morality police in September.