Ecuador's top scorer apologizes to the crowd in tears

Ecuador's veteran captain, Enner Valencia, burst into tears, as he apologized to football fans in his country, after failing to reach the second round of the World Cup in Qatar. found some a 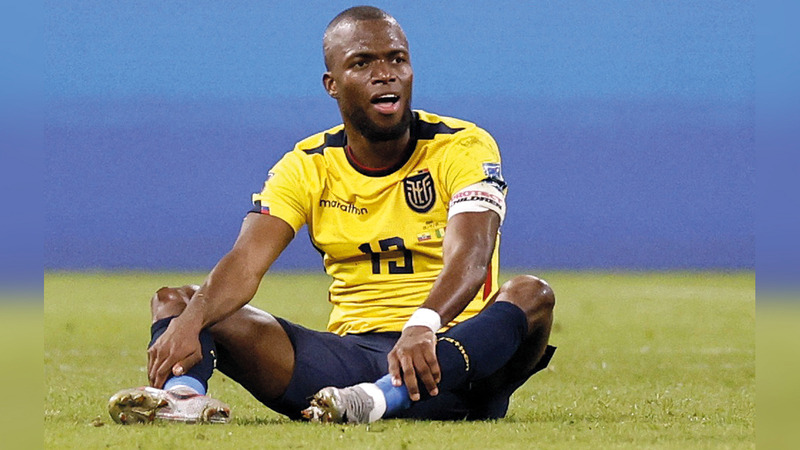 Ecuador's top scorer apologizes to the crowd in tears

Veteran Ecuador's captain, Enner Valencia, burst into tears as he apologized to football fans in his country, after failing to reach the second round of the World Cup in Qatar.

But Valencia, whose team were just around the corner from reaching the last 16 and matching Ecuador's previous best performance in 2006, found some solace in words of encouragement from the crowd, after his personal brilliance in the tournament.

"I apologize to the people of Ecuador," Valencia said crying after the 2-1 defeat against Senegal, the African champions, the day before yesterday, which prevented Ecuador from advancing in the tournament.

"We did not expect it, and we were very happy with what we did. Unfortunately, we were not able to meet the aspirations of football fans in Ecuador."

But the 33-year-old veteran would remain a national hero in his country.

Ecuador's all-time top scorer scored three goals in the opening 2-0 win over Qatar and a 1-1 draw with the Netherlands.

Ecuador deserved to go through to the knockout stage.

They could have achieved this if they drew with Senegal, but Ecuador paid the price for the lack of focus on two occasions.

Sometimes you are punished, we deeply apologize for the end of our tournament, and we thank the Ecuadorian fans for their support and assistance.

The Ecuadorean fans were heartbroken, but proud of their 44th-ranked team.

"They tried their best, and they couldn't win in the end, but they showed their ability to confront more powerful competitors," said Margarita Vidal, 36, in the coastal city of Guayaquil. "People started talking about Ecuador, which has become known in many countries, and this is an achievement that cannot be achieved." No one can take it from us.”

The Ecuadorian media praised coach Gustavo Alfaro, who developed the team by bringing in a new generation of promising talents alongside the veteran Valencia.

"Gustavo Alvaro left a legacy and a young team for 2026," El Comercio newspaper said, referring to the upcoming World Cup.