Anna Swenn-Larsson after first World Cup victory: "I was shocked"

Anna Swenn-Larsson took the first World Cup victory of her career in the American Killington. Although she has long felt that she has it in her, it was a bit of a shock when the victory was secured. - It is difficult to describe, she says. 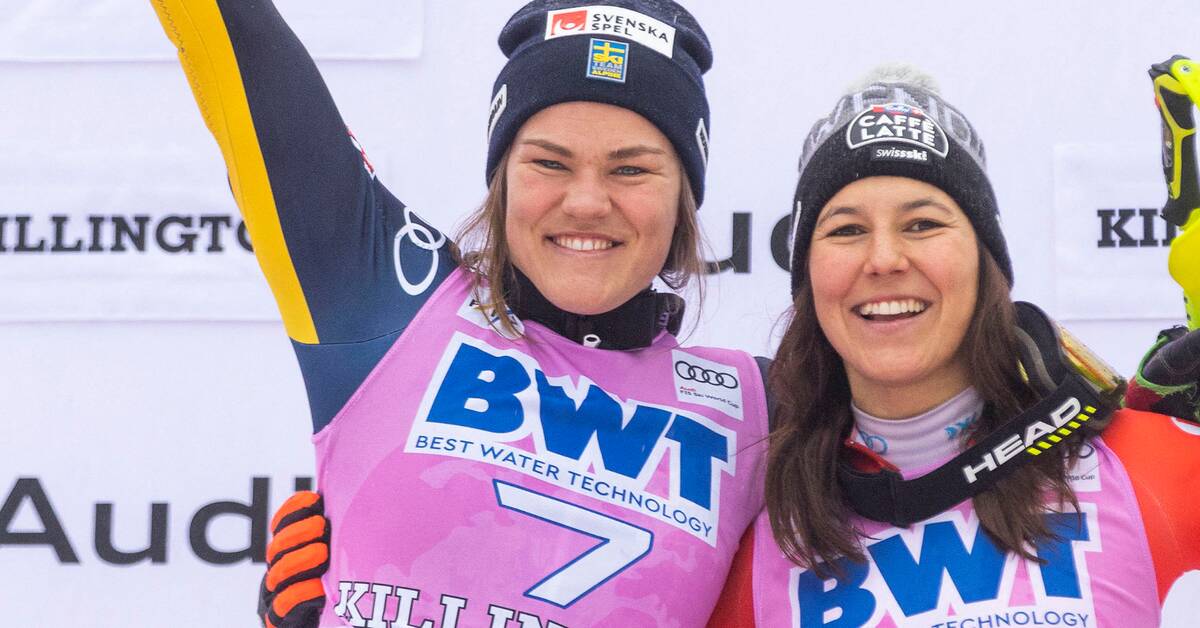 The season's second World Cup competition for Anna Swenn-Larsson ended with her standing on top of the podium for the first time in her career, together with the Swiss Wendy Holdener.

A few days later, it's still not easy to describe the feeling.

- My goal throughout my career has been to one day be the best in the world.

To be able to achieve that when you put so much time and effort into skiing is really a wonderful feeling, says Swenn-Larsson to SVT Sport.

The 31-year-old finished second in the first World Cup race of the season in Levi and felt that the form was good.

But when it became clear that for the first time she was the very best, it still came as a kind of shock.

- The conditions were difficult and it was difficult to feel whether it was going quickly or not.

I also had a small miss early in the race, so I was still shocked that just that race was enough for me to take my first World Cup victory, she says.

But enough did it.

Since then, she has celebrated both in Killington and at home in Åre.

- In Killington we toasted a bit in champagne and went swimming and just had a great time with the team.

I couldn't have done it without them.

Then I came home to Åre yesterday and then my close family and close friends had ordered some pizza and such.

Much appreciated and I am so grateful to have so many lovely people around me who are so happy for me, concludes Swenn-Larsson.