England striker Marcus Rashford showed off a special celebration after scoring a World Cup goal. Today, the England national football team won 3-0 in the 3rd match of the group stage against Wales at the 2022 Qatar World Cup. 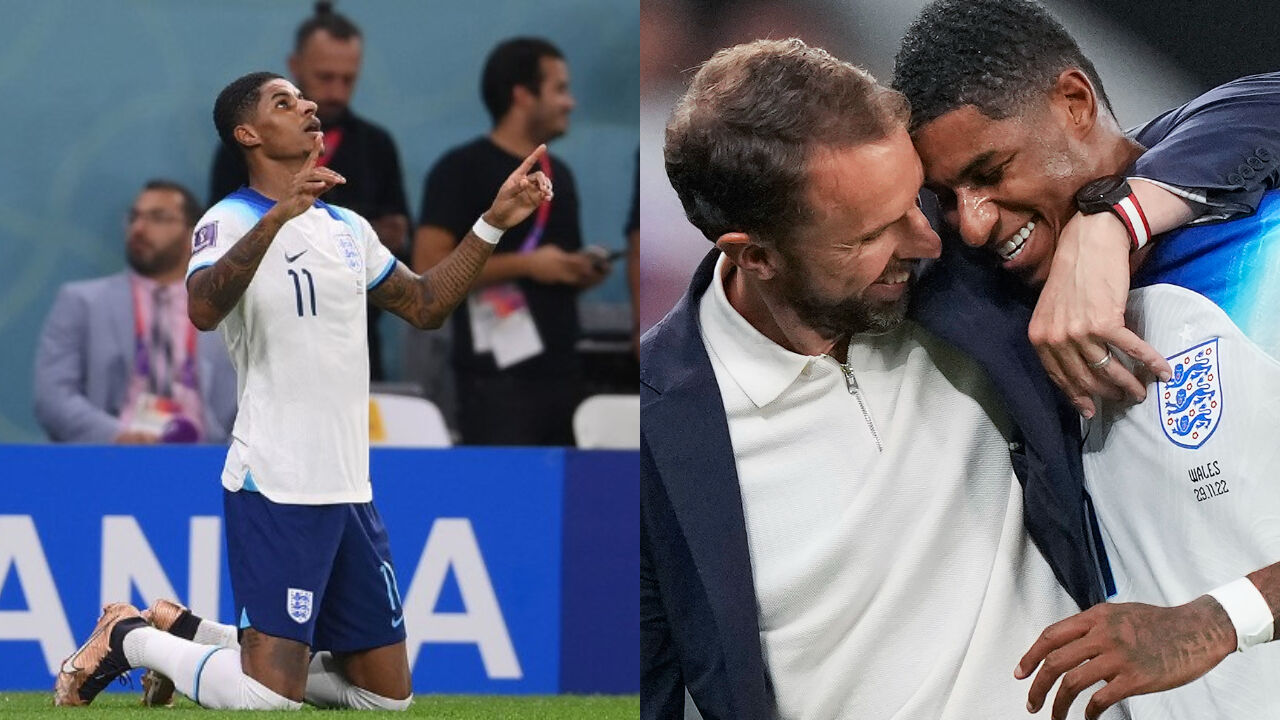 England striker Marcus Rashford (25, Manchester United) showed off a special ceremony after scoring a goal on the World Cup stage.

Today (30th), the England national football team won 3-0 in the 3rd match of the group stage against Wales at the 2022 Qatar World Cup.

Rashford, who scored the first goal in the 5th minute of the second half, knelt on the ground after sharing the joy with his teammates.

Then, with a smile that disappeared, he raised his hands to the sky and held a ceremony.

Rashford's ceremony was for his friend Garfield Howard, who had gone to heaven two days earlier.

After the game, he told local reporters, "A few days ago, a friend who had been fighting cancer for a long time passed away."

He then greeted, "Thank you for being with me in my life."

It was Rashford who actually led England to victory.

After scoring the opening goal, in the 23rd minute of the second half, he received a ball from the back and quickly broke through the right side and scored a 'wedge goal' with a left-footed shot.

Rashford, who led England's 3-0 victory by scoring multiple goals, was selected as the 'Player of the Match', the best player of the match.

In particular, the second goal added meaning as England's 100th goal in the World Cup.

With this, England, who recorded two wins and one draw, advanced to the round of 16 as first place in Group B.

England will face Senegal, who finished second in Group A, on December 5 for a ticket to the quarterfinals.

▶ A collection of the hottest 'World Cup Picks' selected by editors