'Defeat' director Iran Queiros "The dream is over... but life goes on"

Iran's coach Carlos Queiroz, who was caught and eliminated by the United States ahead of the first Asian country to advance to the round of 16 at the 2022 Qatar World Cup, expressed regret but applauded the players. 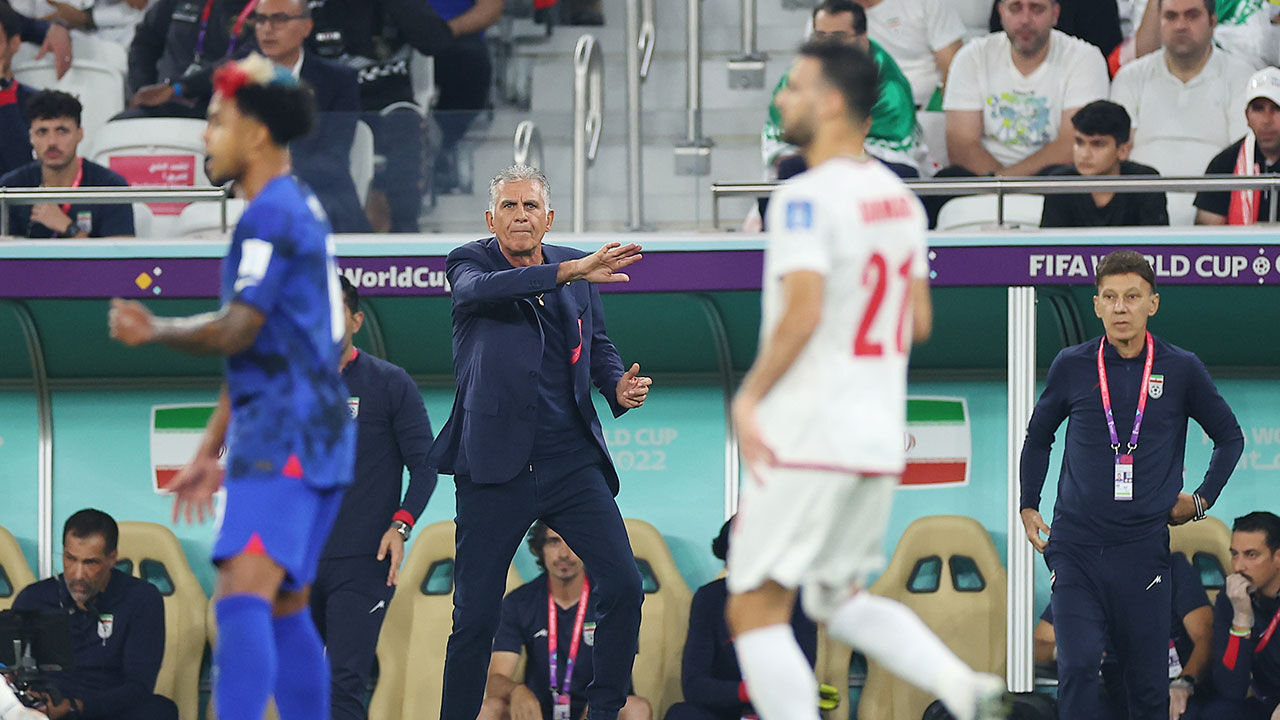 Iran's coach Carlos Queiroz, who was caught and eliminated by the United States ahead of the first Asian country to advance to the round of 16 at the 2022 Qatar World Cup, expressed regret but applauded the players.

"With this result, the dream is over," Queiroz said at a press conference after the final third match of the Group B World Cup group stage match against the United States at the Asumama Stadium in Doha, Qatar.

Iran, which could have advanced to the round of 16 just by drawing, conceded a goal to Christian Pulisic of the United States in the 38th minute of the first half and continued its offensive in the second half, but eventually turned around without being able to equalize.

"The Americans started the game much better than we did. They were faster, they controlled the game better and created several chances," Queiros said. "They deserved to score. There is no doubt about it." I did.

"It was the opposite in the second half. We started to block and stop the movement of the United States," he said. I pondered.

Coach Queiroz, who led Iran at the 2014 World Cup in Brazil and the 2018 World Cup in Russia, left the team in 2019 and returned in September, just before this World Cup, and once again played the World Cup as Iranian coach.

Once again, they tried to advance to the round of 16 for the first time in history, but as political issues such as anti-government protests in Iran arose ahead of the tournament, the national team was also noisy, and this time they could not achieve their dream.

"The Iranian players are fantastic. I've never seen players in my career who give so much for so little. They don't have the same conditions as other national teams," Queiroz said. "I am very proud of the players' dedication." .

In the first match against England, there were reports that the players were threatened with family safety after they fell silent during the national anthem, but Queiroz said, "I've heard a few stories. All I can say is the teamwork of the players and the conversations we have. Little by little, I am smiling again."

"Life goes on. Now all we have to do is prepare for the next one," he added. "We have to deal with reality, come back stronger and qualify next time."

Regarding the situation in which the Iranian players protested to the referee at the end of the game, Queiroz said, "I didn't see exactly what happened." "It's a loss of dignity, and the game is over," he dismissed.

Conversely, American coach Greg Verhalter, who advanced to the round of 16 by beating Iran in the finals, which he entered after 8 years, said, “Anything can happen from here.

"It's a great opportunity, but I don't think it's an honor. We deserve to be where we are and we want to keep going," Berhalter said of the match against the Netherlands in the round of 16. We have to prepare," he said.