Aurélien Tchouameni is a solid midfielder during this 2022 World Cup. A role in the France team slightly less offensive than the one he occupies at Real Madrid, his club.… 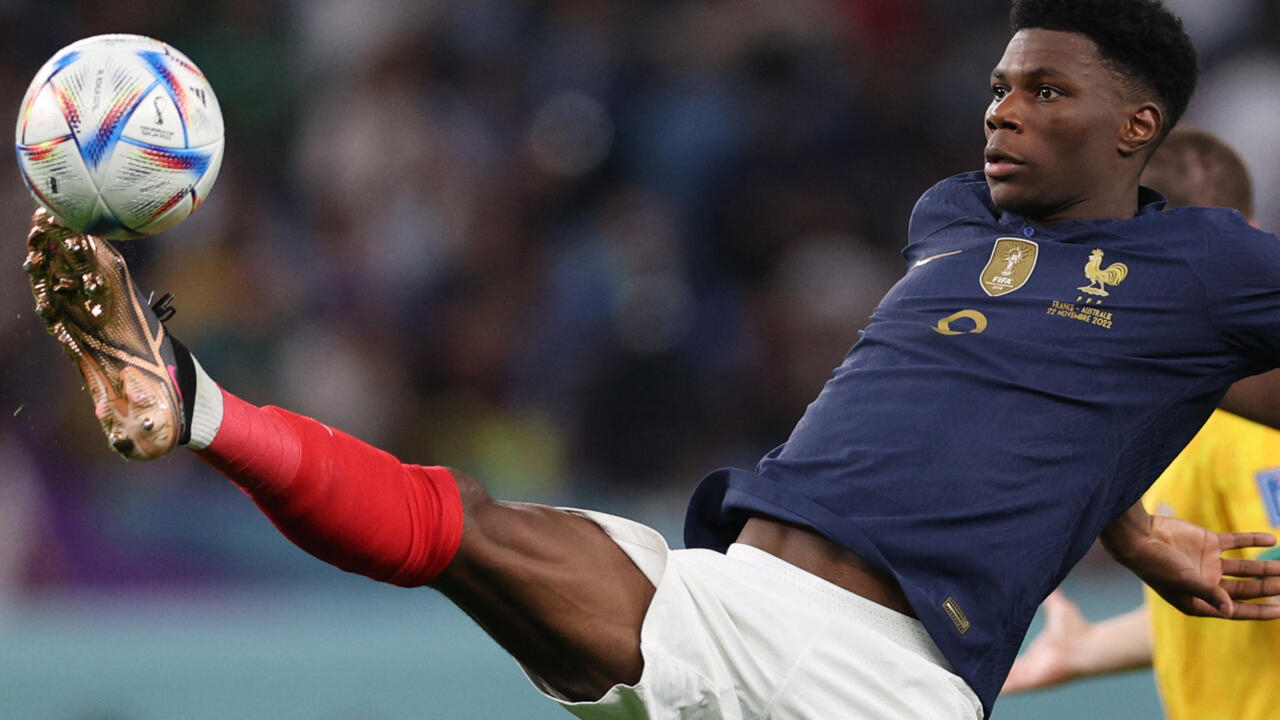 The midfielder of the France team, Aurélien Tchouameni.

Aurélien Tchouameni is a solid midfielder during this 2022 World Cup. A role in the France team slightly less offensive than the one he occupies at Real Madrid, his club.

But for his first World Cup, the 22-year-old complies with humility, application and desire.

Is it reserved for a player who counts?

I take it the wrong way, watch out!

Aurélien Tchouameni interrupts (with a smile) a journalist.

The latter indeed underlines that the press conference is traditionally provided by an executive of the France team.

However, on the eve of a match against Tunisia, in Group D of the

, the 22-year-old midfielder was chosen to answer questions from the media.

Witness to his growing place in the selection for what is however his first final phase with the Blues.

As long as we have not tasted the World Cup, we do not really know what to expect

For example, we faced Denmark in the League of Nations [2-0 defeat, September 25, Editor’s note].

But, playing the Danes at the World Cup, whether in terms of intensity and tension, it had nothing to do

, the resident of Real Madrid delivered a clean and sober copy, in line with his previous performances in blue.

In the absence of Paul Pogba and Ngolo Kanté, packages through injuries, Aurélien Tchouameni must also be content with tasks perhaps a little more defensive than in the club.

That of sentinel perhaps requires a little more sobriety in the sense that we must better ensure the balance of the team.

So, inevitably, sometimes, during meetings, I want to go, but where I say to myself 'no'.

Because I know that if there is a counter-attack, I have to be in place.

And I'm happy to have this role in the team.

From the moment we win, everything goes well for us and everyone fulfills their mission, so much the better

The leader of the new generation, what does that mean?

While praise from observers rains down on Kylian Mbappé, Olivier Giroud, Antoine Griezmann and even Adrien Rabiot during this tournament, the former Bordeaux and Monegasque, he is surely digging his hole among the reigning world champions.

To the point of embodying the new wave of French football?

The leader of this generation, what does that mean in the end?

I count maybe 16 selections, if I'm not mistaken.

I try to store as much experience as possible.

It is certain that when you look at the table, during meals, you see more and more players with whom I used to play in the youth categories.

A new generation is emerging.

Afterwards, the leader of this generation, no, not necessarily.

But I hope that I count a minimum in the team

“, he laughs, before confirming his desire to still start against the Tunisians, this November 30 in Al Rayyan.