World-2022: the United States shatters the dreams of the round of 16 of Iran

Author of a controlled match, Team USA beat Iran 1 to 0 in its final match of group B. A victory, combined with that of England, which allows it to move into the eighth. 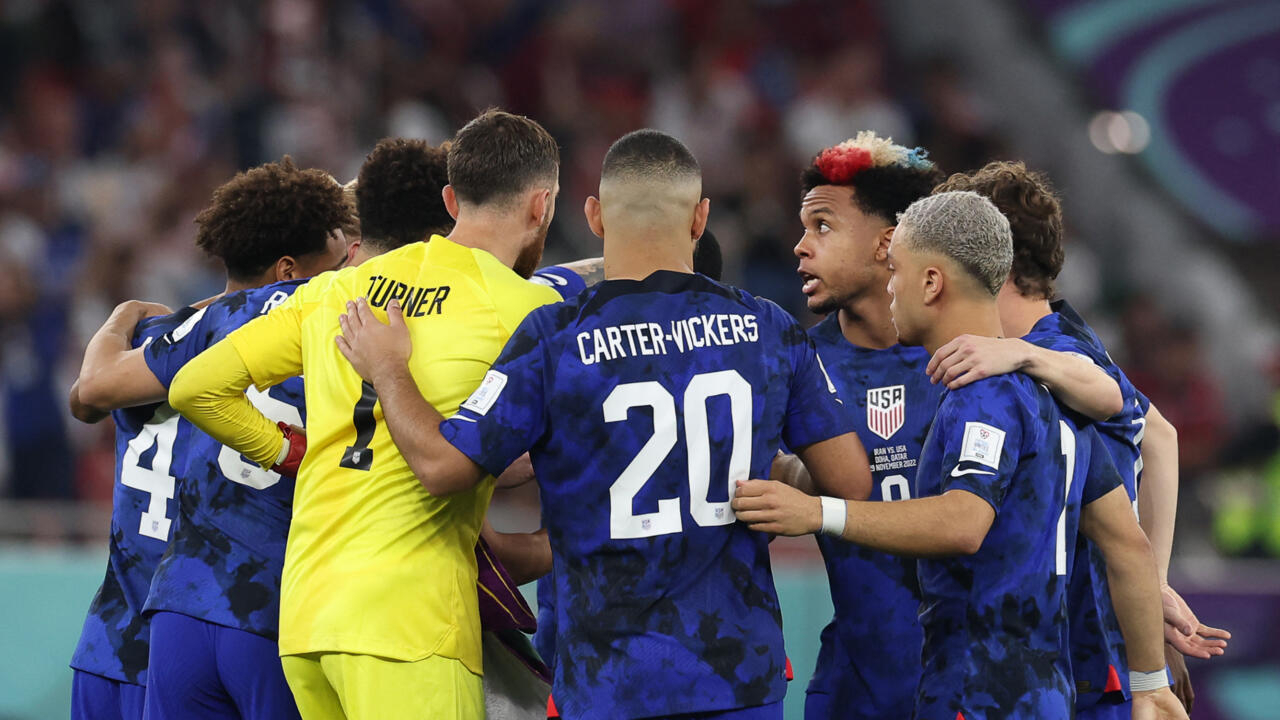 Four years before its World Cup at home, the United States remembers the football planet.

By beating Iran 1-0 at the Al-Thumama Stadium in Doha, they extricated themselves from Group B along with England, who won 3-0 over their Welsh neighbors.

Forgot all the geopolitical context.

When the kick-off is given, the equation is simple for both teams: whoever wins will be guaranteed to advance to the round of 16.

>> To read also: "Football has no meaning when children are killed in Iran": report from Iranian supporters

The United States, however, takes control of the debates.

The well-established American collective spins the ball against well-grouped Iranians.

Pulisic headed in a cross from Weah but lacked the power to endanger Beiranvan (10').

Sargent is found at the edge of the box, and has space to unleash a right-footed strike.

Weah is the first top but his header also lacks power (28th).

Team Melli resists bravely in front of the noisy encouragement of its public: "Iran! Tatata! Iran!".

At the start of the action, McKennie delivers a millimeter opening towards Dest, to the right of the Iranian surface.

The American side heads back to Pulisic, who is ahead of Beiranvand (38th, 0-1).

The striker must however go out, touched on the action.

The Americans even seem very close to doubling the bet.

First Timothy Weah is far too altruistic and tries to serve a partner when the goal was offered to him (45th).

Then, George's son, who had gone to the limit of offside, crucified the goalkeeper with an outside foot which found the post returning.

Ghoddos sounds the revolt on returning from the locker room.

He is served in front of goal on a cross from the right.

His unbalanced header went over (53rd). It was he again who sent a curled shot just above the frame, taking advantage of another come from the right that Taremi had not been able to take back (65th ).Ezatholi is the next to remove his shot too much.

Team USA is much more cautious than in the first half and is content to spin the ball without systematically trying to bring danger.

Unlike Iran, following a free kick struck by Ghoddos, the ball returned in front of Beiranvand's goal.

Iran claims a hand from Moore, which is refused (78th).

The Americans hunkered down, aware of Iran's ability to strike in the final moments (five of the team's last six World Cup goals scored after the 90th minute).

In this context, the nine minutes of stoppage time seem very long to the men in blue.

On a free kick on the left, Iran sends their entire team into the area.

Team Melli believes in it especially when Morteza Pouraliganji is the fallout.

Despite the encouragement of their public and an encouraging World Cup, Iran sees their dream of the round of 16 slip away.