&lt;Reporter Kim Young-seong&gt; The performance of Lee Kang-in, who was replaced in the second half, was really dazzling. He assisted Kyu-Sung Cho's goal with a precise left-footed kick and created several chances to brighten the future of Korean football. 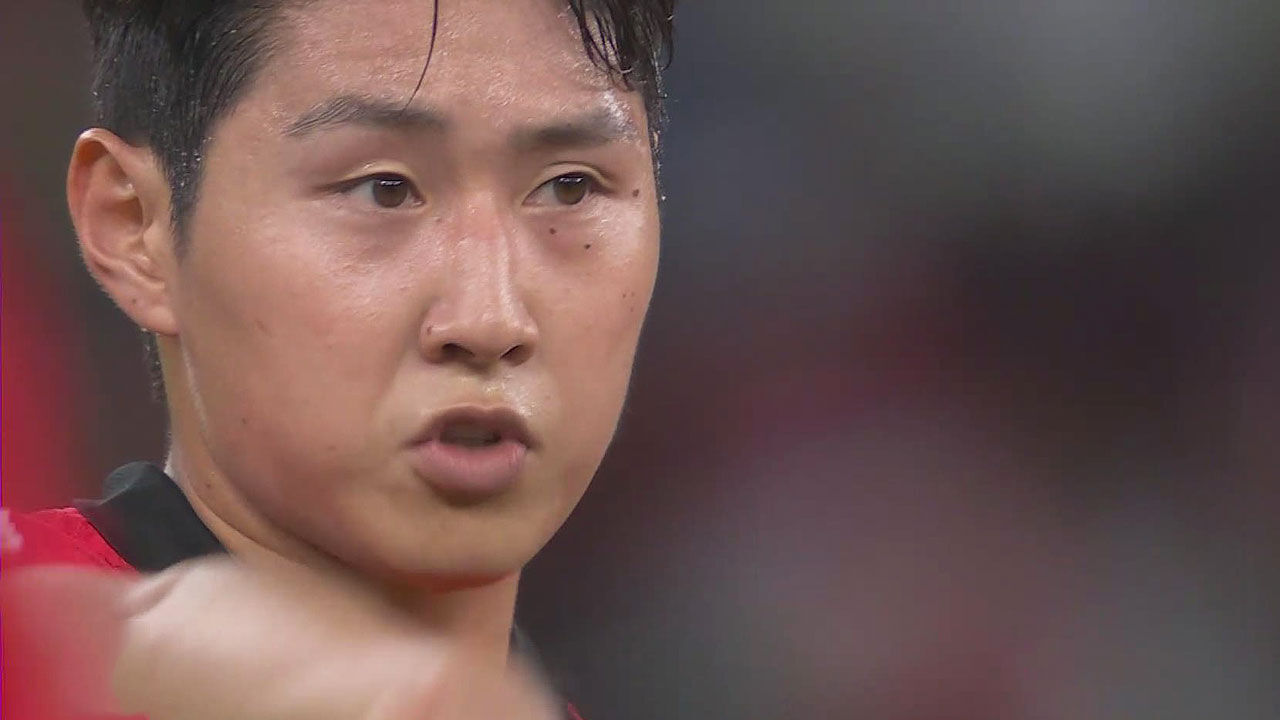 The performance of Lee Kang-in, who was replaced in the second half, was really dazzling.

He assisted Kyu-Sung Cho's goal with a precise left-footed kick and created several chances to brighten the future of Korean football.

the 12th minute of the second half when the score was helplessly 2-0.

Director Bento calls Lee Kang-in and orders him for a while, then puts him in for a replacement.

Lee Kang-in completely changed the atmosphere within 1 minute of being put in as requested by the coach.

After stealing the opponent's ball with strong pressure, the cross was raised without delay, and it was delivered to Cho Kyu-sung's head exactly like a courier, and Korea's first goal of the tournament was scored.

In the 30th minute of the second half, a picturesque left-footed free kick evoked admiration.

The ball crossed the defensive wall and fell in front of the goal and headed for the corner, but it was caught.

Lee Kang-in, who took on the role of a dedicated kicker and energized the crowd by inducing cheers, continued to poke magical left-footed passes with a success rate of 96%, and while playing for only 33 minutes, he made 5 crosses and 3 shots, the 3rd most on the team, and played a special role. unfolded.

[Lee Kang-in/Soccer national team midfielder: At that moment (inducing cheers from the crowd) I think it would be helpful for the team.

It wasn't long before he was put in, so I think he only wanted to play hard.]

Lee Kang-in, who was shunned by Bento coach despite his good performance in the Spanish league, climbed Bentoho at the last moment and proved his skills.

He was substituted in both the 1st and 2nd games and performed intensely in a short time, raising expectations for the match against Portugal.

[Lee Kang-in/soccer team midfielder: If the opportunity comes again, I will definitely help the team more and make a lot of effort to win, and I will do my best to prepare for the final match, so please support me a lot.]

Lee Kang-in's left foot is He shone even on the highest stage.

The performance of his 21-year-old youngest raised Bentuho's last hope.