&lt;Correspondent Kim Young-seong&gt; Cho Kyu-seong was the first Korean to score two goals in one World Cup match and soared spectacularly. With the warm support of his family, he showed the power of the K-League top scorer. 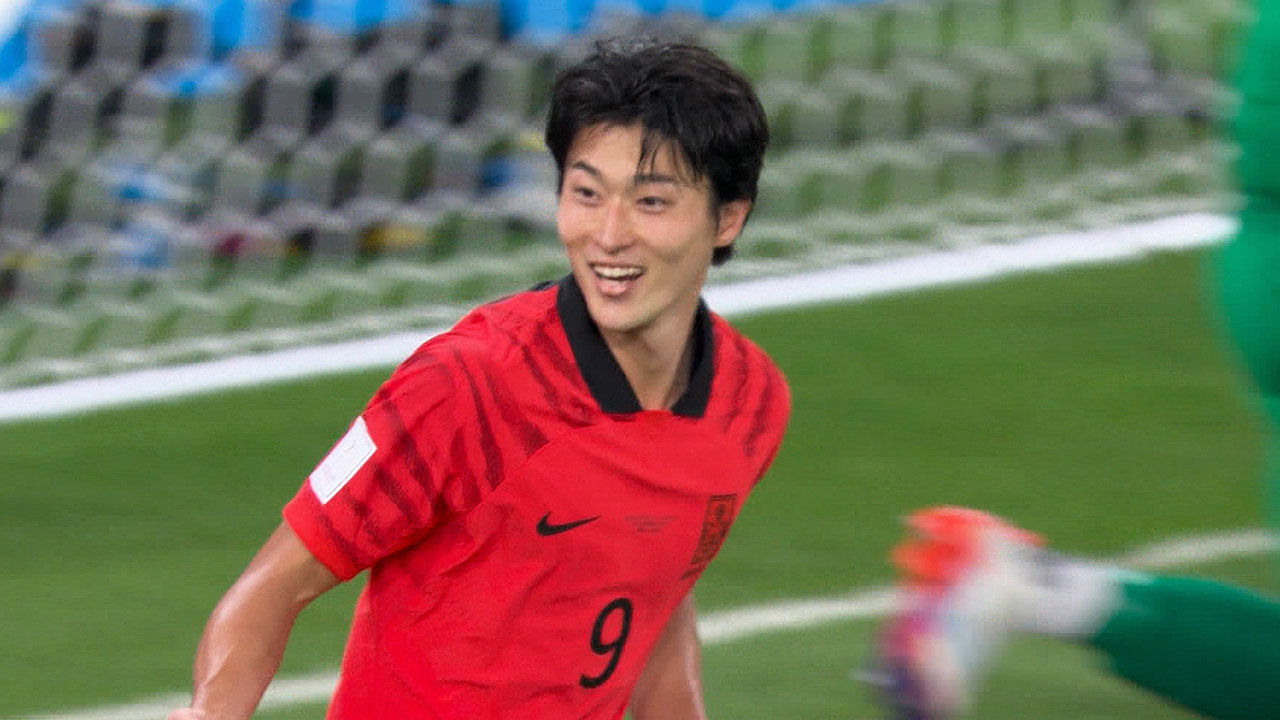 seong was the first Korean to score two goals in one World Cup match and soared spectacularly.

With the warm support of his family, he showed the power of the K-League top scorer.

Cho Kyu-seong, who made a strong debut in the last game against Uruguay after playing for just over 20 minutes, finally overtook Hwang Eui-jo and got a chance to start, and played the 'game of his life'.

In the 13th minute of the second half when the score was trailing 2-0, Cho Kyu-sung scored his thrilling World Cup debut goal.

Then he jumped up with great jumping power and scored the second goal in the third minute to equalize the game, sending the stadium into a frenzy.

Cho Kyu-sung, who became the first Korean player to score two goals in a World Cup match, cheered passionately with his teammates and showed off his unique finger ceremony, while Cho's mother called her son's name with hot tears.

Cho Kyu-Sung hit 4 shots on goal and tried to score an extra goal, but Ghana's goalkeeper's amazing save prevented him from scoring and let out a sigh of regret.

[Cho Kyu-seong/Soccer team striker: Let's do it until the end after the first half. All the real players united and followed hard until the end and didn't give up, but I knocked on the goal until the end, but I don't think it went in well.]

In addition to scoring, Kyu-Sung Cho showed a vigorous amount of activity to the extent of running the second largest distance in the team after Hwang In-beom with active forward pressure.

Cho Kyu-sung, who made his debut in the domestic second division league and rapidly rose to become the top scorer in the K-League, showed his true value in just two games on the stage of his dreams and brightened his future.

[Cho Kyu-Sung/Soccer team striker: I'm honestly a no-nonsense player, but if I really just believe in myself until the end and pursue my dream diligently, I can score a goal on a stage like this.]

Cho Kyu-seong, who emerged as the new ace of Korean soccer and gave hope, was the last. I am determined to make the match against Portugal a stage of my own.

/Soccer team striker: We still have one game left, so if you trust us and support us until the end, we will run hard without giving up until the end.]