"Suspicions of corruption" in the Tunisian national team.. The historic scorer of the Carthage Eagles is accused, and the coach responds

The statements of the Tunisian national team striker and former French club Lens, Issam Jemaa, sparked an uproar in football circles in Tunisia, which echoed inside the Carthage Eagles camp in Qatar, 24 hours before their match against France. 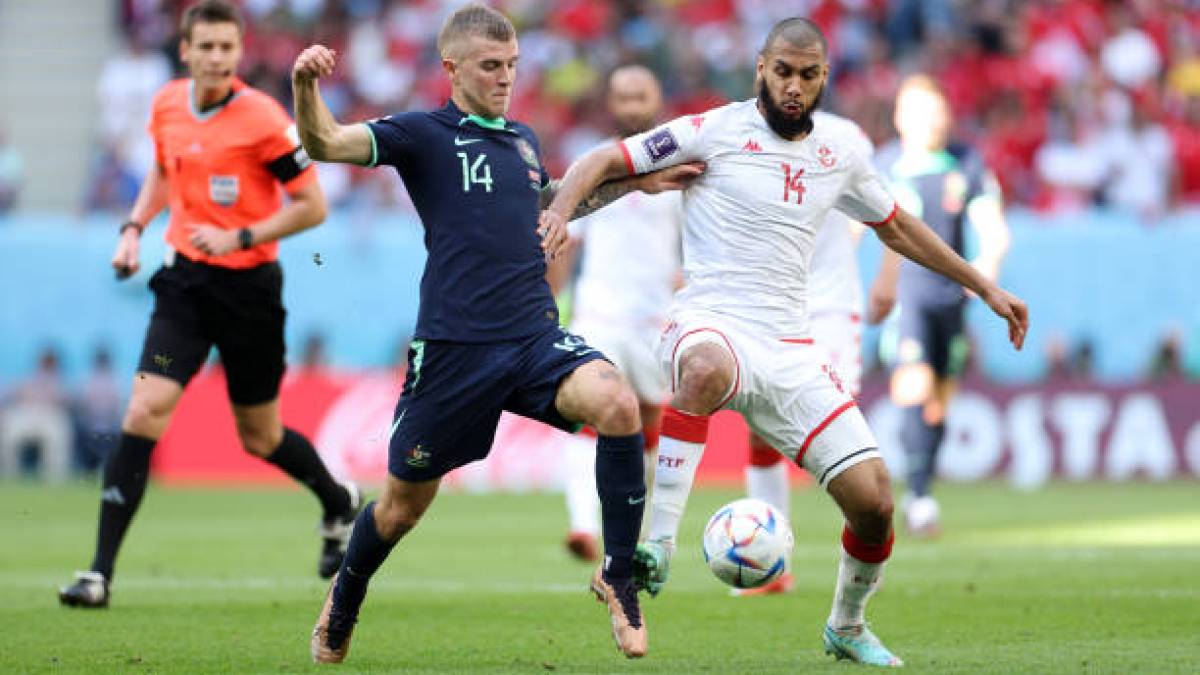 Former Tunisian national team striker Issam Jomaa made fiery statements and accusations of corruption against officials of the Football Association and players in the Carthage Eagles team, last Monday evening, during a radio interview in which he touched on Tunisia's chances of qualifying for the final price of the Qatar World Cup 2022.

During the interview in which he spoke to the private "EFM" radio, Issam Jomaa - who owns the title of the historical top scorer for the Tunisian national team with 36 goals - caused an uproar in the football community in Tunisia, and its echo reached the residence of the Carthage Eagles in Doha, when he spoke about suspicions of corruption. Inside the Tunisian national team and "suspicious money" behind determining the list of players who are currently participating - in the Qatar 2022 World Cup.

"There are unusual things happening in the Tunisian national team in full view of officials. Indeed, the president of the Tunisian Football Association - Wadih al-Jari' - is the one who moves them, at a time when he entrusts the coach of the national team, Jalal al-Qadri, to carry out orders," Jumaa said.

Issam Jumaa - who knew the height of his fame in the Tunisian club Esperance until 2005 when he moved to the French Lens - said, “Football fans in Tunisia should know that some players require obtaining money in exchange for their participation with the national team, yes there are those who get 100 thousand dinars ( about $32,000) for every match he plays, even if his participation does not exceed 30 seconds.

And when he was asked about the name of the player who gets the money as a condition for participating with Tunisia;

Issam Jumaa said that he is Janbal Al-Majbri, the promising player who moved last October on loan from Manchester United to Birmingham City, in the English Premier League.

Jomaa accused the coach of the Carthage Eagles, Jalal Al-Qadri, of inviting the players to participate in the World Cup in Qatar, according to the measure of their relationship with the president of the Tunisian Football Federation and members of his family.

And he said, “The Egyptian Zamalek striker, Saif Al-Din Al-Jaziri, was invited to be on the World Cup list, because he lent money to the brother of the president of the Tunisian Football Association, Wadih Al-Jari. He owes money.”

Issam Jumaa (38 years old) played 84 matches with the Tunisian national team between 2005 and 2014, during which he scored 36 goals, to be the historical top scorer for the Carthage Eagles. He also played in the Olympique Medenine clubs, then the Tunisian Esperance before moving in 2005 to the French Lens, then Kon, Auxerre and Berset. And he had lightning experiences with clubs: Dubai of the Emirates, Al-Sailiya of Qatar, and Kuwait of Kuwait.

Issam Jumaa's statements sparked an uproar in the football arena in Tunisia, as Saif Al-Din Al-Jaziri threatened to sue him for spreading false news, which would affect his reputation and that of his family.

Al-Jaziri - who did not participate even for one minute in Tunisia's two matches so far in the finals against the national teams of Denmark and Australia - published a post on his Facebook page, in which he said that he would resort to the judiciary to respond to what he considered "serious and false accusations against me, and an insult to my merit to carry the Tunisian shirt." I am sorry to be accused of such serious actions by a player who inspired me to be the best scorer for the national team one day, and I am a professional player and I am not honored to resort to these suspicions to be on the list of my country's national team in the World Cup, and the law will take its course so that each party gets his reward.

And at a time when the Football Association remained silent, Tunisia coach Jalal Al-Qadri spoke about the uproar caused by Issam Jomaa, saying - in the press conference at the Tunis training headquarters - that "the players will respond to these allegations tomorrow in the field," referring to the upcoming and fateful confrontation that will take place. The Eagles are waiting in front of the France national team - next Wednesday - at the Education City Stadium, in the last round of Group D of the first round.

Al-Qadri said, “Our internal atmosphere is completely pure, and the players coexist in a good atmosphere, and everything that has been said about situations fraught with tension and toxic relations has nothing to do with reality. Flawed, and we want the Tunisians to rejoice - tomorrow - and we will answer these slanders on the field."

Tunisia tied in its first match in the World Cup 0-0 against Denmark, and lost the second match against Australia 0-1, thus greatly diminishing its chances of passing to the final price round of the competition.

Tunisia will play - tomorrow, Wednesday - at six in the evening, against France, the match of the third and final round of the first round for the account of Group D, in a fateful confrontation with the Carthage Eagles, to hold on to little hope of qualifying for the second round.

Issa Al-Aidouni's companions occupy last place with one point, with a goal difference from Denmark, and you need to beat France and wait for the result of the second match between Denmark and Australia to qualify.