How absurd football can be. And there perhaps lies its main attraction, in the inability to understand what is happening. Costa Rica, one of the most... 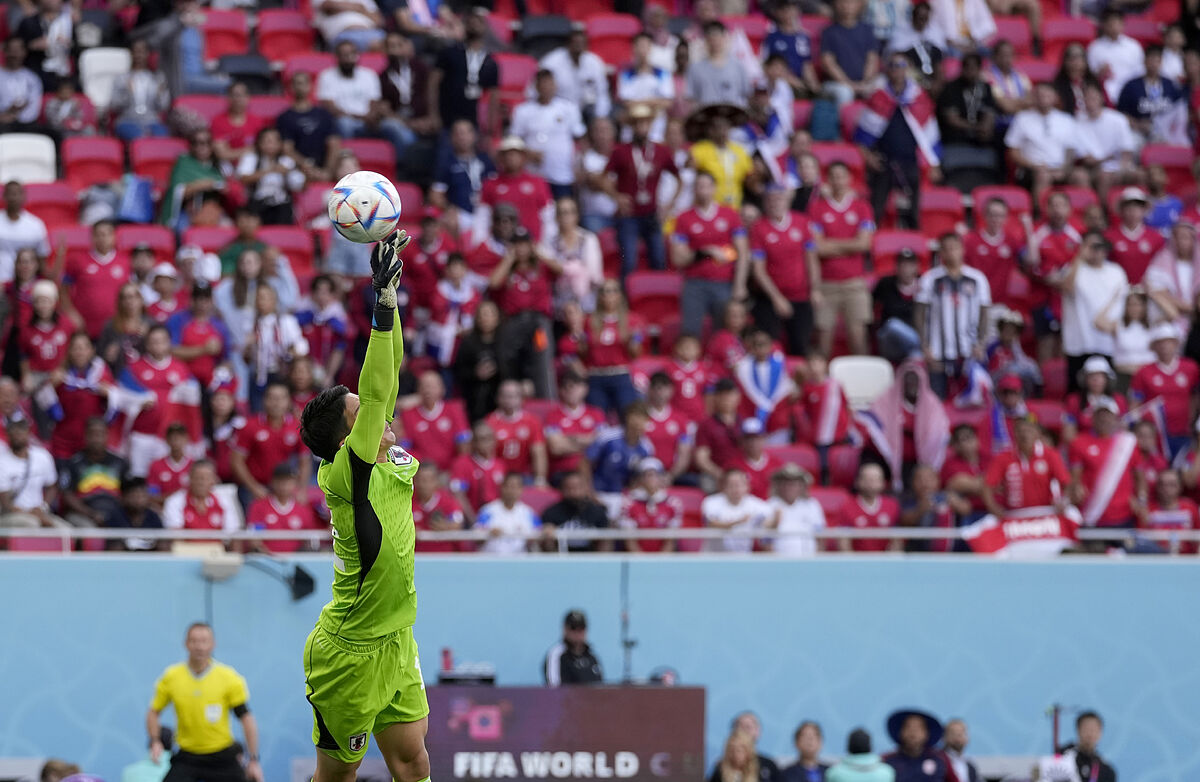 How absurd football can be.

And there perhaps lies its main attraction, in the inability to understand what is happening.

, one of the weakest and most criticized teams in this World Cup and which had just conceded a 7-0 defeat to Spain, defeated Japan, which beat Germany (1-2).

And the Costa Ricans did not do it in any way.

They beat the Japanese ten minutes from the end, with their first and only shot on goal of the entire tournament, and after being hit by

, a Club Sport Herediano full-back, was swallowed by

Yes, the same goalkeeper who had made eight saves against the

Costa Rica's triumph served to give life to group E -Spain will not be able to obtain its mathematical classification until the last day- and relieve Germany, which already knows that it will be able to play its place in the round of 16 at the end of the league against the Central Americans .

The first half of the match that took place in Rayán was one that is not forgotten.

No auction between sticks.

Nothing close to a goal chance that, at least, made sense of the industrial determination with which the Japanese fans beat their drums.

Everything has a reason.

Costa Rica went out onto the field so that nothing would happen.

had no objection to ordering his teammates to stop in full opposition, unless they left some gap open through which the Japanese could slip through.

left his ankles in every defensive action.

And Japan, which their coach mended by leaving

, a scorer against Germany, on the starting bench, wanted to leave everything for the second half.

The Costa Ricans would get tired of defending, he must have thought.

But that was a mistake, because just what the coach

expected was that the samurai would end up running over each other until they lost their heads.

began to appear on the pitch.

to save a ball for the first time in this World Cup.

But when the Qatari afternoon was already moving towards a depressing 0-0 draw, Costa Rica managed to steal the ball in a poor start from the Japanese.

, the Japanese captain, tried to deflect the ball.

But she was already turning towards Gonda, who raised her hands like a jumping child wanting to pop soap bubbles.

It gave the impression that the goalkeeper was unable to assess his own height.

The goal made the Costa Rican soccer players go crazy, and they drew the last bit of strength they had to defend a victory that Keylor Navas capped off with that beautiful epic that captivates so much in a World Cup.