Messi: Our victory over Mexico equaled the loss of Saudi Arabia, and Lozano: We were able to defeat Argentina

Through the celebrations that the Argentine national team players published after their victory over Mexico, it became clear that the "Tango" was carrying a great burden after its loss from Saudi Arabia, and their victory today restored their confidence in themselves. 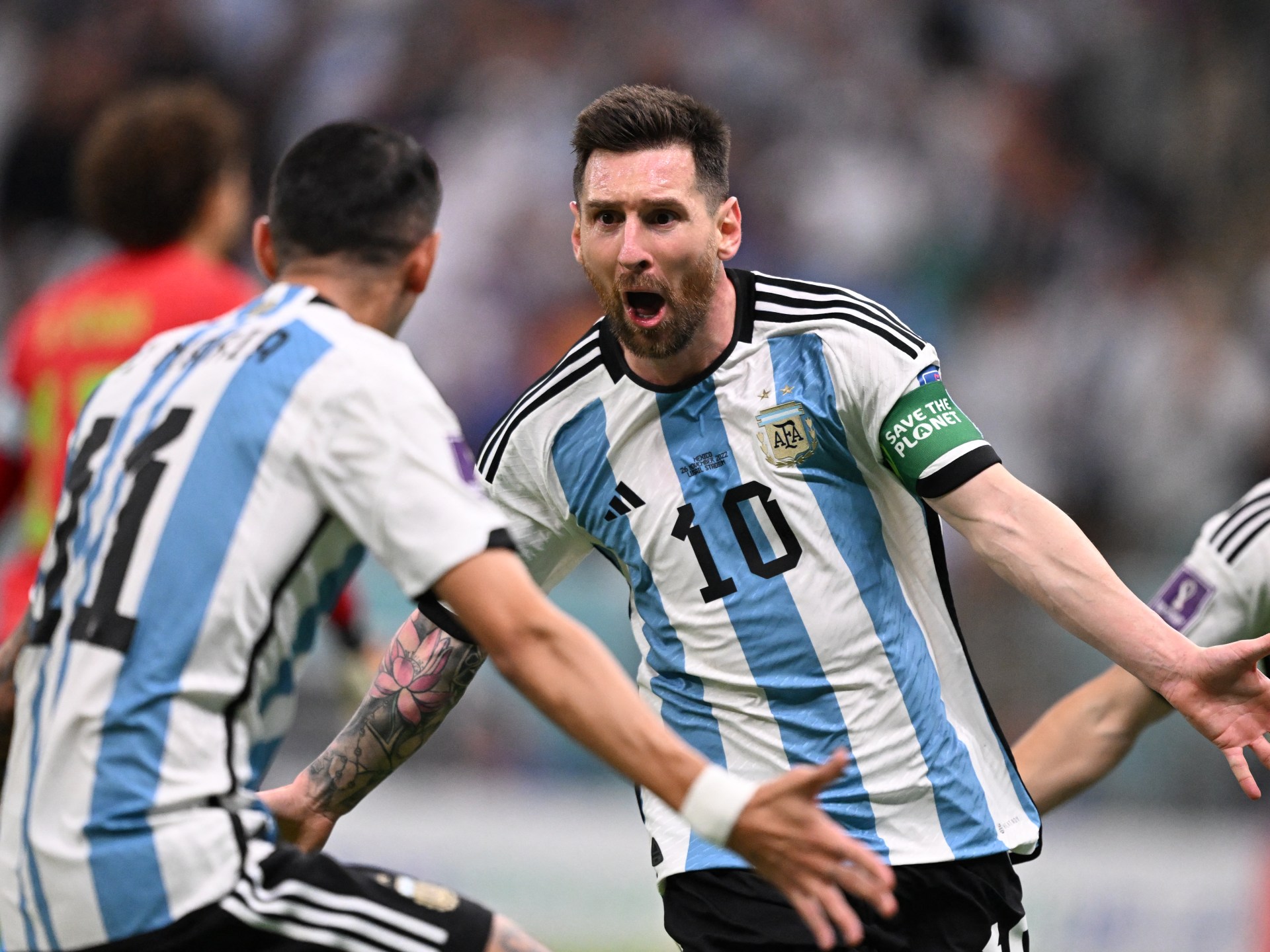 Through the celebrations that the Argentine national team players published after their victory over Mexico with two unanswered goals, it became clear that the "Tango" was carrying a great burden after its loss from Saudi Arabia, and their victory today restored their self-confidence.

This victory translated into smiles, laughter and caresses with the journalists who were gathering in the mixed area of ​​the World Cup "Lucile" stadium, and one scene was remarkable, which was the entry of Rodrigo de Paul alone without Messi, since the first joining the "Alba Celeste" team and he is like his "bodyguard" and does not leave him. Inside or outside the field, and he is the first of his opponents to approach him.

But the reason for the separation of the "two good friends" is because Messi, who scored the first goal and made the second, was in the press conference dedicated to the man of the match, for which Messi won the award.

And we remain with the "Bulga", who answered a question raised by Al-Jazeera Net about the burden that was on their shoulders before the match?

Messi replied, "There was a heavy burden. Tens of millions of Argentines were silent behind the screens, waiting for us to win and compensate for the disappointment of the first match against Saudi Arabia, and this is what we did deservedly."

He continued, "It is true that I scored the first goal and made the second, but had it not been for the efforts of all the players, we would not have performed this wonderful performance and were able to defeat Mexico, and by the way, it is a strong and organized team, and we suffered in front of it in periods of the match."

And about equalizing the number of the late legend Diego Maradona, by scoring 8 goals in 21 World Cup matches, the Paris Saint-Germain star confirmed that "individual numbers do not mean much to him. The most important thing is that we continue to fight together. We have the final next Wednesday and we must win it and continue our career in the World Cup."

In turn, Enzo Fernandez, the Benfica player, expressed his joy at the second goal he scored for his country in a skillful way, and in response to a question by Al-Jazeera Net, what does his first goal in his country's shirt represent to him?

He said, "My joy is double, the first is that I scored my first goal for Argentina in the World Cup, and secondly, because Messi made it for me."

He explained, "Celebrating with Messi has another taste, and I felt great pride because I contributed to a victory we needed, and the Argentine people were waiting for him, and we lived up to their hopes."

Summary of the match between Argentina and Mexico |

Messi guides Argentina to a valuable victory over Mexico # Qatar 2022 |

As for Angel Di Maria - who joked with journalists from his country more than once - he did not hide the difficulty of the match, and he said - in response to a question posed by Al-Jazeera Net - about the most difficult moments of the match, that "with the passage of time the pressure increases and when the pressure increases, mistakes multiply and we were trying to score He kissed them so we wouldn't be in a catch-up mode, because we need a win and there's no alternative to it and that's what we achieved."

And he continued, "Our last match in the group stage against Poland will be difficult and harsh, and it will be played on parts and until the last breath, because in it the winner will guarantee qualification for the second round and may settle the top spot in the group, and this is an important matter in the course of the World Cup confrontations."

On the other side, frustration and sadness were evident on the faces of the Mexico national team - who has one point - and it became necessary for him to beat Saudi Arabia in the last match of the group stage and wait for the result of the confrontation between Argentina and Poland in order to know whether he would pass to the knockout stages and accompanied by whom.

The first to arrive in the mixed zone from the Mexico national team is goalkeeper Guillermo Ochoa, who we asked about the shot between him and Messi, which spread on communication sites and international agencies, and he replied that he knows the value of Messi, "because I have faced him dozens of times during the years I spent in La Liga and I know that he is able to score from half chances." And to overturn the result if spaces are left for him.”

In the context, Hirving Lozano, Napoli striker, says that his country was "able to defeat Argentina and get at least a tie point, but we missed several opportunities in the first half that, if one of them entered, would have changed the course of the match and its outcome."

Regarding the Saudi confrontation, Lozano says, "After the performance presented by the Saudi national team against Argentina, we have to calculate a thousand accounts for them and review their way of playing. We will enter the match, we have nothing to lose, and victory is our main goal and there is no alternative to it to try to qualify for the final price.

Striker Alexis Vega did not deviate from the path of his two colleagues, stressing, "We will turn the Argentine page, starting tonight, open the Saudi page, and do everything we can to win it and try to cross to the second round."

He concluded, "Saudi Arabia is a good team with skilled players and is capable of creating opportunities and launching quick attacks."

The Argentine national team had regained its balance and achieved its first victory in the “Qatar 2022” World Cup, at the expense of its Mexican counterpart, with two unanswered goals, in the second round of the third group of the group stage.