"Only bicycles without training" Min-jae Kim, will he compete in the game against Ghana?

Kim Min-jae appeared with his teammates at the Al Egla training ground in Doha, Qatar, on the 27th Korean time. This training was an official FIFA-sponsored training session for the Korean national team ahead of the Group H match between Korea and Ghana, which will be held tomorrow at 10:00 PM at the Education City Stadium in Al Rayyan. 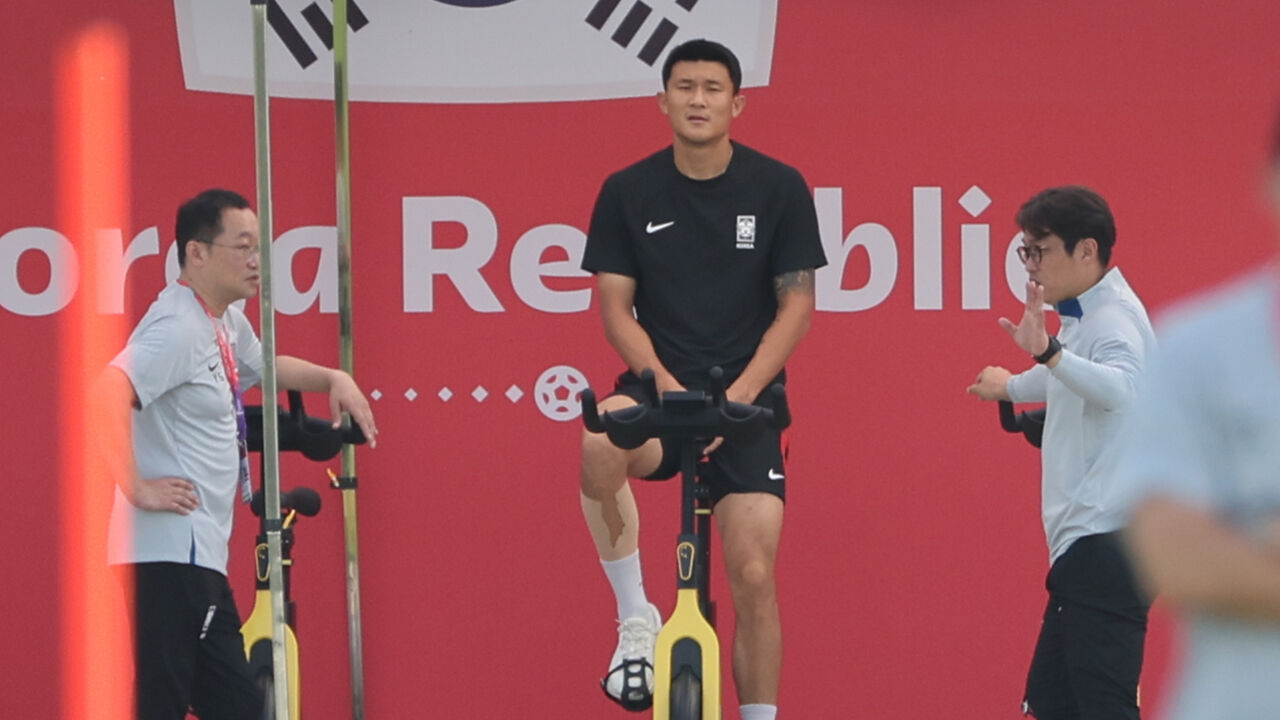 Kim Min-jae appeared with his teammates at the Al Egla training ground in Doha, Qatar, on the 27th, Korea time.

This training was an official training session for the Korean national team, organized by FIFA ahead of the Group H match between Korea and Ghana, which will be held tomorrow (28th) at 10:00 pm at the Education City Stadium in Al Rayyan.

It is the first time Kim Min-jae has appeared at the national team's training ground since the first game against Uruguay.

Kim Min-jae, who is on the World Cup stage for the first time in his life, played full-time in the first leg of the group stage against Uruguay held at Education City Stadium on the 24th and helped Korea's 0-0 draw.

However, Kim Min-jae slipped and fell while trying to stop opponent Darwin Núñez in the Uruguay counterattack situation in the 18th minute of the second half, injuring his right calf.

After being checked by the medical team, Kim Min-jae, who returned to the ground and played a part in the scoreless game, said after the game, "I've had a muscle injury for the first time, but it doesn't seem to be serious."

However, Kim Min-jae did not participate in team training for two days in a row until the 26th, following recovery training on the 25th after the match against Uruguay, and remained at the accommodation to receive treatment and rest.

On this day, Kim Min-jae also appeared at the training ground, but after a meeting with coach Paulo Bento for about 4 minutes with all the players gathered in a circle, he came out of the ground and rode a bicycle alone while the national sports scientist Woo Jeong-ha watched.

Kim Min-jae continued to sit on the bicycle until the first 15 minutes that were revealed to the reporters that day.

Ghana is the opponent that Bentoho, who aims to advance to the World Cup round of 16 for the first time in 12 years, is going to sacrifice.

However, Ghana is not a team to be taken lightly as they showed formidable performance in the first leg against Portugal, who lost 2-3.

In particular, if Min-jae Kim, the key defender, who is excellent in terms of physique and speed for the attackers, does not recover in time, the blow to Bento will inevitably be great.