Qatari newspapers issued on Saturday held Spanish coach Felix Sanchez responsible for the early exclusion of the "Al-Annabi" team from the group stage of the 2022 World Cup, which it will host at home for the first time in the Middle East. Most of the newspapers launched a scathing attack on the coach, who previously led Al-Annabi 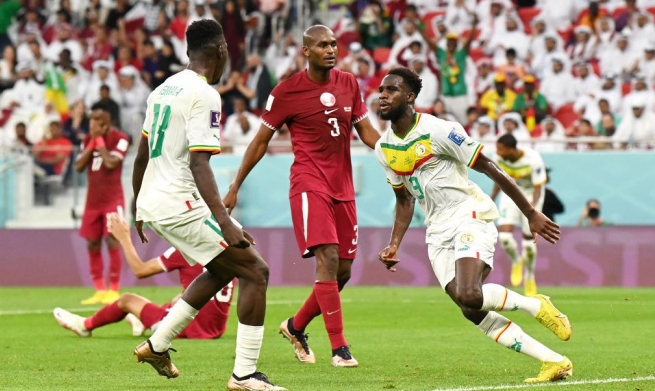 Qatari newspapers issued on Saturday held Spanish coach Felix Sanchez responsible for the early exclusion of the "Al-Annabi" team from the group stage of the 2022 World Cup, which it is hosting at home for the first time in the Middle East.

Most newspapers launched a scathing attack on the coach, who previously led Al-Annabi to win the Asian Cup three years ago for the first time in his history, blaming him for the very early farewell, after receiving his second successive loss against Senegal (1-3), after a disappointing opening defeat also against Senegal. Ecuador with two clean goals, while the third match against the Netherlands in Group A will be marginal for Qatar, which has completely lost hopes of reaching the final price.

Qatar became the first national team to officially deposit the current edition, and the second host to deposit the first round in history, after South Africa 2010.

The headline “Disappointment” was on the cover of Al-Watan newspaper supplement, whose executive editor, Fahd Al-Emadi, said that “the plan to prepare the national team was not appropriate, just as the players’ removal from their clubs was not successful,” referring to Sanchez’s isolation of the national team’s players for about five months away in Europe. From the eyes of “interlopers”, in parallel with the suspension of the local league competition.

Al-Emadi attacked coach Sanchez, calling for his replacement, “Even if he was the one who led the national team to the historic achievement of Qatari football in Asia, but this does not mean that he failed unexpectedly with the players, a performance before the result, and that if we want to advance, the federation must replace him and search for a coach.” Better lead our team.

Al-Emadi called for "the need to give the opportunity to other players to join the national team and not to be restricted to certain players."

And while Al-Raya newspaper focused in its sports supplement on “the bitterness of farewell will not stop creativity,” with reference to the Qatari hosting of the controversial World Cup on the verge of winter, the newspaper’s writer, Ali Issa, stopped at what he described as “a bitter loss,” calling on the Football Association to conduct reviews and a satisfactory study of the reasons for leaving. This way of tournament.

And Al-Sharq newspaper conducted a poll that included former stars who unanimously held the Spanish coach responsible for leaving.

Former Qatari national team player Raed Yaqoub demanded the dismissal of Sanchez and the infusion of new blood, while national coach Salman Hassan said, "It is unreasonable for the national team to conduct closed preparatory camps six months before the World Cup."

He added, “There are teams that did not announce their list until ten days ago, but our players secured their place in the list six months ago.

In turn, Hassan Al-Otaibi, the football analyst, called for the need to think from now on the 2026 World Cup.