Mondial-2022: Mbappé offers victory to the Blues, France first qualified for the 8th

France beat Denmark on Saturday and qualified for the round of 16 of the World Cup. Kylian Mbappé scored twice to give victory to the Blues (2-1). 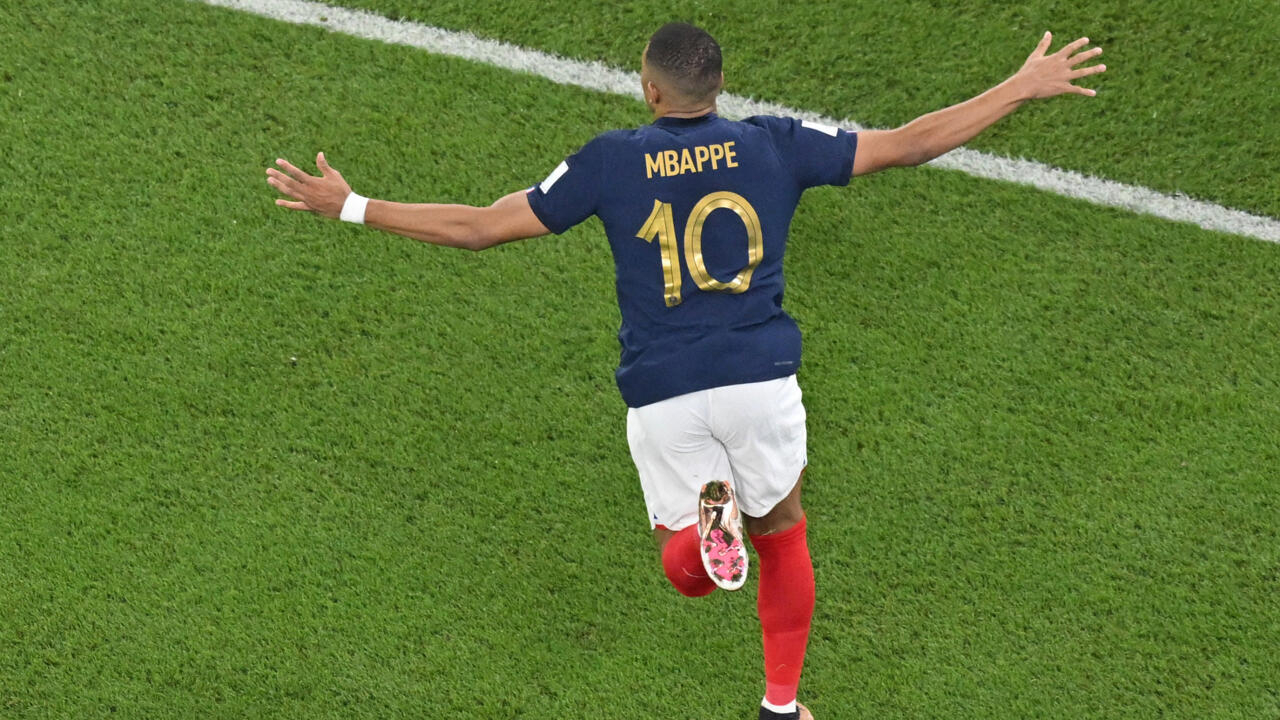 The third is the good one!

After two defeats in June and September against Denmark, France finally beat their new pet peeve on Saturday November 26 at the World Cup.

The Blues have long sought the key to the Danish safe and had to wait until the last moments for Mbappé to offer them victory.

Didier Deschamps had slightly reshuffled his team compared to Australia.

Exit Benjamin Pavard whose performance had been considered disappointing, he leaves his place to Jules Koundé while Raphaël Varane returns to resume his role as boss of the defense.

The French team assumes its ambitions and quickly takes control of the debates in front of the 5,000 French spectators present at the 974 stadium. At the end of a good collective sequence, Théo Hernandez sends a cross for Adrien Rabiot who delivers directly for Giroud.

But the French striker fails to resume (9th).

Then, on a free kick from Griezmann, the Danish defense removes a ball from the head of Raphael Varane.

The Danish defense seems powerless against the French armada.

Like Christensen who can only make a gross mistake to stop an acceleration of Mbappé.

Instantly, Griezmann shifts Dembélé who addresses one of his centers which he has the secret to Giroud.

His header is well placed but Schmeichel pulls off a good save (20th).

The Danes then put their foot on the ball a little but the authoritarian defenses of Théo Hernandez and Jules Koundé methodically annihilate all the offensives.

The latter shoots too hard but misses the frame of Hugo Lloris (36E) by a few centimeters.

On an impeccable recovery, Upamecano then launches his childhood friend Ousmane Dembélé on the right side.

This last center back for Mbappé, near the penalty spot.

But the Parisian takes off and sends the shot into the stands (40th).

At halftime, the Blues have 13 shots, their record without scoring in a major competition.

13 – France have 13 shots against Denmark tonight, their record without scoring at half-time in a World Cup + EURO match since Opta had this data (1966).

The Danish Dynamite are much more explosive in the second half.

Hugo Lloris must win, after the header from Victor Nelsson (52nd).

Then, Martin Braithwaite, who entered at half-time, was found in the area and lonely against Hugo Lloris.

Fortunately for the Blues, he is reported offside (55th).

The Parisian striker is at the origin and at the conclusion of the action.

After serving Théo Hernandez, he is found back and places an unstoppable flat foot (61st, 1-0).

In the process, Didier Deschamps brings out Olivier Giroud, who will therefore have to wait to beat Thierry Henry's record and win the title of top scorer in the history of the Blues.

The French team opens the scoring thanks to Kylian Mbappé!

The Parisian striker is at the origin and at the conclusion of the action.

After having served Adrien Rabiot wonderfully, he is found back and places an unstoppable flat foot.

There you go, the Blues come out on top in this meeting.

But the Danes have resources.

On a corner, the ball returns to Andreas Christensen, who gets the better of Adrien Rabiot and deceives Hugo Lloris with a header (68th, 1-1).

But the French goalkeeper saves the homeland in the process prevents Denmark from taking the advantage (73rd).

The two teams surrender in quick succession in the final minutes.

On a corner from Griezmann, the head of Aurélien Tchouaméni is too uncrossed (78th) while Adrien Rabiot tries an acrobatic scissor (79th).

But Braithwaite touches the post of a Hugo Lloris who was beaten (80th).

It is still Kylian Mbappé who comes to deliver the France team.

Antoine Griezmann sends him a millimeter cross at the far post and the Bondy prodigy takes over from the snatch and scores the winning goal (86th, 2-1).

A victory on the wire which is very precious.

The France team becomes the first selection officially qualified for the round of 16.

With a third without stakes if not the first place in group D, Didier Deschamps offers himself the possibility of rotating.

On the other hand, Denmark will have to fight in a three-way match with Tunisia and Australia, which they face.