Lewandowski in tears after the goal: "You see what he feels now"

Robert Lewandowski scored his first ever World Cup goal. The Polish star was in tears after the decision against Saudi Arabia. - You look at him what he feels now, says SVT Sports expert Glenn Strömberg. 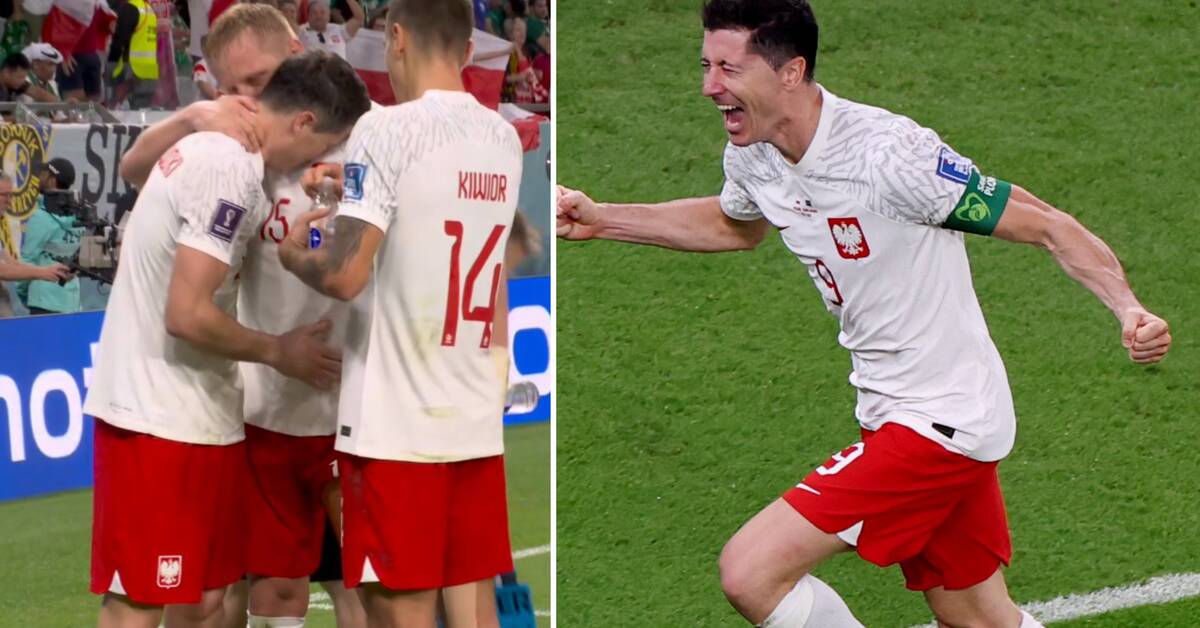 It was a highly dramatic event when Poland and Saudi Arabia settled.

After a flurry of chances, numerous warnings and a missed Saudi penalty, the Poles finally won 2–0.

The last goal was scored by attacking star Robert Lewandowski.

The 34-year-old kicked the ball in and was clearly moved after the goal, which was his first ever in a World Cup context.

Goalkeeper Wojciech Scezesny also had a key role in the victory.

He made a senseless double save on a penalty in the first half.

- It must be the WC's sweatiest rescue, says expert Daniel Nannskog.

The victory means that Poland now has four points after two games.

In the last round of the group, they face Argentina.

Saudi Arabia has three points and still has to face Mexico.

The result means Argentina must beat Mexico tonight to have any chance of progressing to the play-offs.