He missed a penalty kick and chances in bulk.. A severe loss for the Saudi national team, and the dream of qualifying is decided against Mexico

The Saudi national team suffered a severe loss against its Polish counterpart, 0-2, in a match in which “Al-Akhdar” was the best and most dangerous party, but the star Robert Lewandowski and his companions decided the confrontation by taking advantage of their few chances. 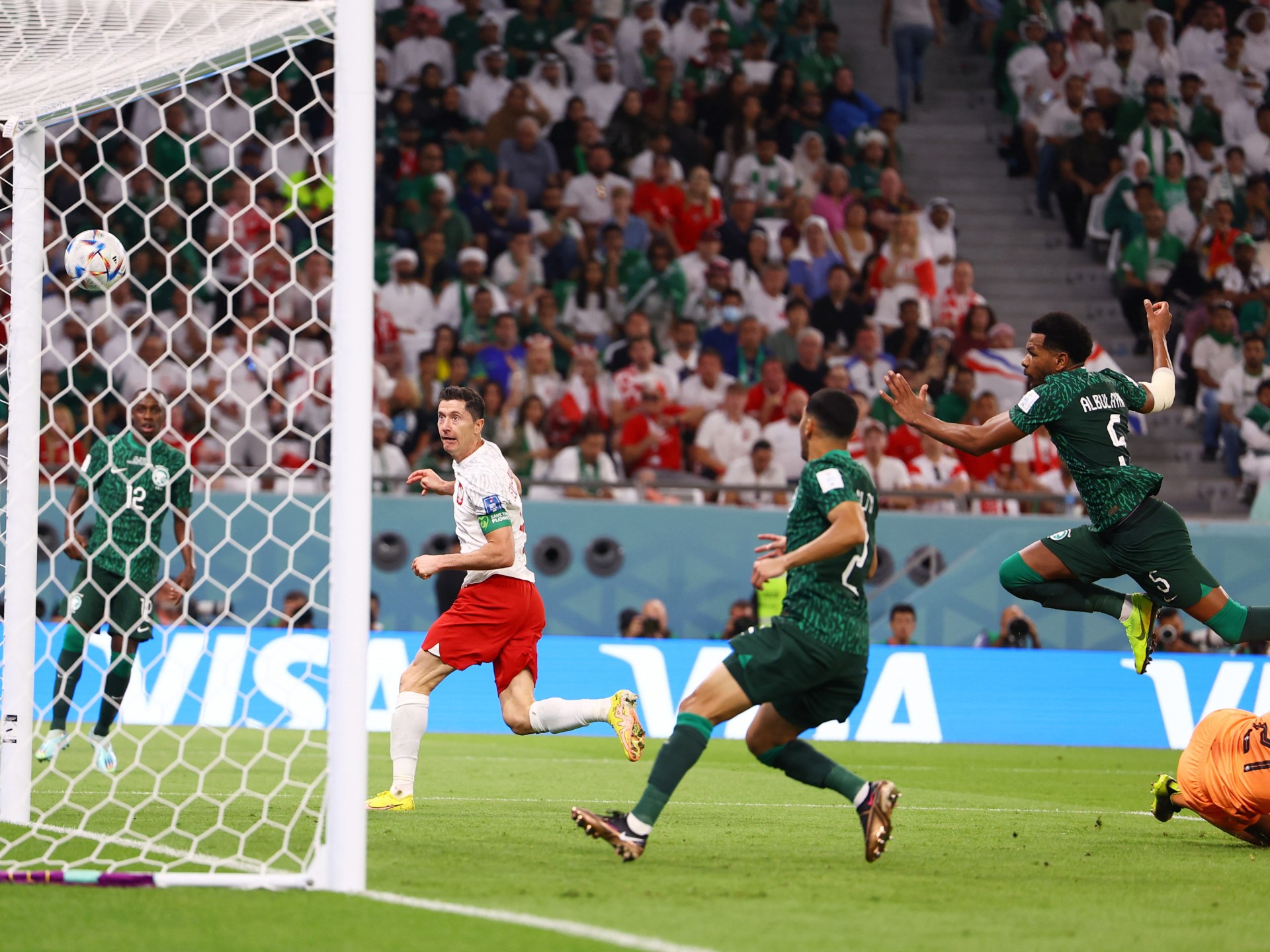 The Saudi national team suffered a severe defeat against its Polish counterpart, 0-2, in a match in which “Al-Akhdar” was the best and most dangerous party, but the star Robert Lewandowski and his companions settled the confrontation by taking advantage of the few opportunities they had.

And at the Education City Stadium, the Saudi national team enjoyed great public support before the start of the second round match of Group C in the 2022 World Cup in Qatar.

Before the start of the match, the Saudi national team players were keen to support their colleague Yasser Al-Shahrani, whose participation in the World Cup ended, after the injury he suffered, following his violent collision with his colleague Muhammad Al-Owais, moments before the end of the first match against Argentina.

The Saudi players entered the match strongly, bolstered by the confidence they gained after their first encounter, at a time when the Poles responded with physical strength and strong interventions.

The first real threat came from "Al-Akhdar" after the ball reached Mohamed Kno on the borders of the penalty area. He hit it hard and hit the brilliance of goalkeeper Wojciech Chesney, who pushed it to a corner.

On the other hand, Poland had the opportunity to advance from a corner, to which Christian Bilik raised his head, but Saleh Al-Shehri acted on behalf of his colleague Muhammad Al-Owais, and ensured that it was prevented from entering the goal.

Despite Saudi Arabia's advantage, Poland succeeded in opening the scoring, after Robert Lewandowski paved the ball to his colleague Piotr Zelinsky, who in turn fired it powerfully into the roof of the goal at the thirty-ninth minute.

A valuable opportunity arose for the "Al-Akhdar" players to adjust the result, after Brazilian referee Wilton Sampaio pointed to the penalty mark, after returning to the video referee (VAR) technique, after Saleh Al-Shehri was obstructed inside the area.

Salem Al-Dosari rushed to take the penalty kick, but Chesney was on time and succeeded in stopping the ball, which returned to Muhammad Al-Barrak, to return it to the net, but Chesney pushed it away to a corner with his fingertips.

In your opinion, did Poland goalkeeper offer?

Al-Dossary failed to score his third goal in the World Cup, delaying the completion of his equalization with compatriot Sami Al-Jaber, as the most scored Saudi player in the history of the World Cup, to the last match of the group stage.

And the Saudi pressure continued during the second half, which was met with great defensive steadfastness from Poland, whose team was close to consolidating the score.

The crossbar and the players sympathized with Al Owais, as the crossbar responded with Arkadius Milik's header, while the post prevented Lewandowski's ball from hitting the net.

Lewandowski took advantage of a huge lapse in the Saudi defense, after the ball passed under Abdul-Ilah Al-Maliki's feet, to be grabbed by the Barcelona striker, who stormed the penalty area, and sent it to the net in the eighty-second minute, to score his first goal in the World Cup, after 5 matches.

❌ Don't miss out on Leva

Al-Owais prevented Lewandowski from widening the gap, after he tackled a dangerous ball that turned it into a corner, so the match ended with Poland winning 2-0.

With this result, the Polish national team rose to the top of Group C temporarily, with 4 points, while Saudi Arabia fell to second place, before facing Argentina and Mexico, which will be held later at Lusail Stadium.

The “Al-Akhdar” still has the fate of qualifying for the next round at the feet of its players, and a decisive and fateful match awaits it against Mexico, on November 30, 2022, at Lusail Stadium.