He carried the phrase “There will be no surrender.” Serbia faces disciplinary measures over a flag that insulted Kosovo

On Saturday, November 26, 2022, the International Federation of Football Associations (FIFA) began disciplinary proceedings against the Football Association of Serbia, on the grounds that a flag of the latter was found in which the map of Kosovo was incorporated and was placed in the dressing room. 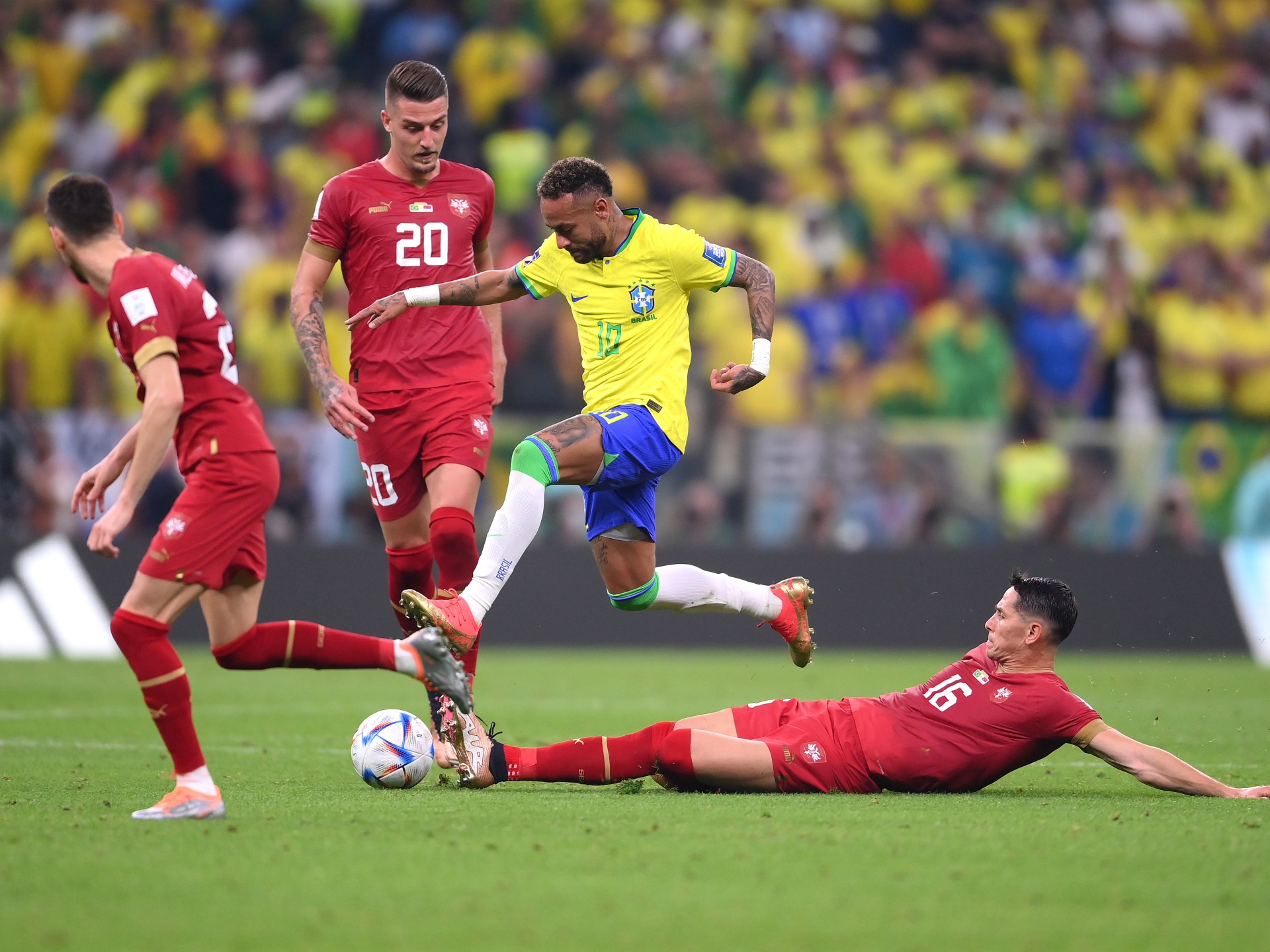 On Saturday, November 26, 2022, the International Federation of Football Associations (FIFA) began disciplinary proceedings against the Serbian Federation for the game, on the grounds that a flag of Serbia was found, in which the map of Kosovo was incorporated, and was placed in the dressing room of the “Orlovi” team, before losing to Brazil, Thursday, in the first round of the competition. Group G of the World Cup "Qatar 2022".

Fifa did not mention any specific breaches of its disciplinary rules, but relied on the general commitment to "fair play and non-violence" imposed on the 32 countries participating in the World Cup finals.

The size of the penalties that can be imposed on the federations ranges from holding a match behind closed doors, to considering them losing a match.

The photo - which was taken in the dressing room of the Serbian national team before facing Brazil - shows a map of Kosovo printed on a piece of white cloth hanging on pegs, and stamped with the Serbian flag that reads, "There will be no surrender."

Publication of the photo led to an official protest from Kosovo, with Sports Minister Hjrullah Çeku denouncing the "shameful photos" that convey "messages of hate, xenophobia and genocide".

"We expect concrete actions from FIFA, of which Kosovo is a full member," the Kosovar sports minister added.

Kosovo joined the international and European federations (UEFA) in 2016.

For its part, the Kosovar Football Federation announced that it had submitted a complaint to FIFA against Serbia's "aggressive action" at the start of its matches at the World Football Championship, denouncing "such hostile action has no place in sporting events and even inside the edifice where the largest football event in the world takes place."