Ahead of the last round of the European Tour finals in Costa del Sol, Linn Grant is one stroke ahead of Maja Stark. The Swede who places best wins the title, Order of Merit. - Keeping Maja out of the way is more important than the competition itself, says Grant. 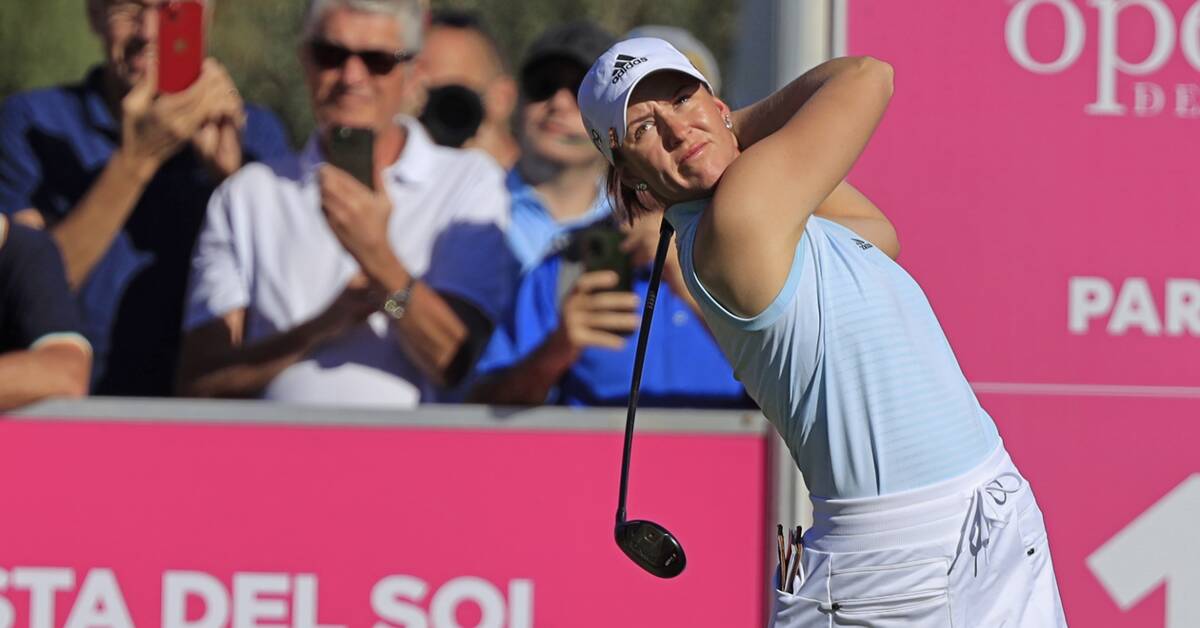 Tied sixth Grant is ahead of tied ninth Stark, just one stroke apart, and whoever comes first in the competition takes home the title on the European Tour.

In any case, it will be a Swedish final winner.

The last time it happened was in 2009 when Sophie Gustafson did it.

- Keeping Maja out of the way is more important than the competition itself, at the same time I don't want to think about it too much, it shouldn't be my main focus when I'm here but at the same time trying to play my game, says Grant to the Swedish Golf Association about the split feelings .

After the third round, Grant is sixth at -9 with Stark one stroke behind at -8.

The Swiss Morgane Metraux leads on -14.

Caroline Hedwall, who among other things scored an eagle, is second at -12.

Fatal miss by Stark on the 17th hole

When the ball left Maja Stark's driver's head on the 17th hole of the Costa del Sol Open tour final, everything looked so good.

She was -10, one stroke better than Grant, and her drive landed in the middle of the fairway.

Stark decided to go for the green on the par 5 hole.

The ball stuck straight to the right and she had to drop.

It would cost Stark two strokes, a most costly mistake.

Both Grant and Stark played poorly with 74 and 73 strokes respectively.

- It was very frustrating when I missed two very short putts and then it felt like I was continuing in the deep valley.

I didn't get anything, many "uglies" with putts that looked good but swerved, says Linn Grant to the Swedish Golf Association.