Glödhet Dahlén decided with a hat-trick: "Finds a way"

Timrå won 5-1 in Oskarshamn after Jonathan Dahlén scored a hat trick. It was Timrå's fifth straight away win. 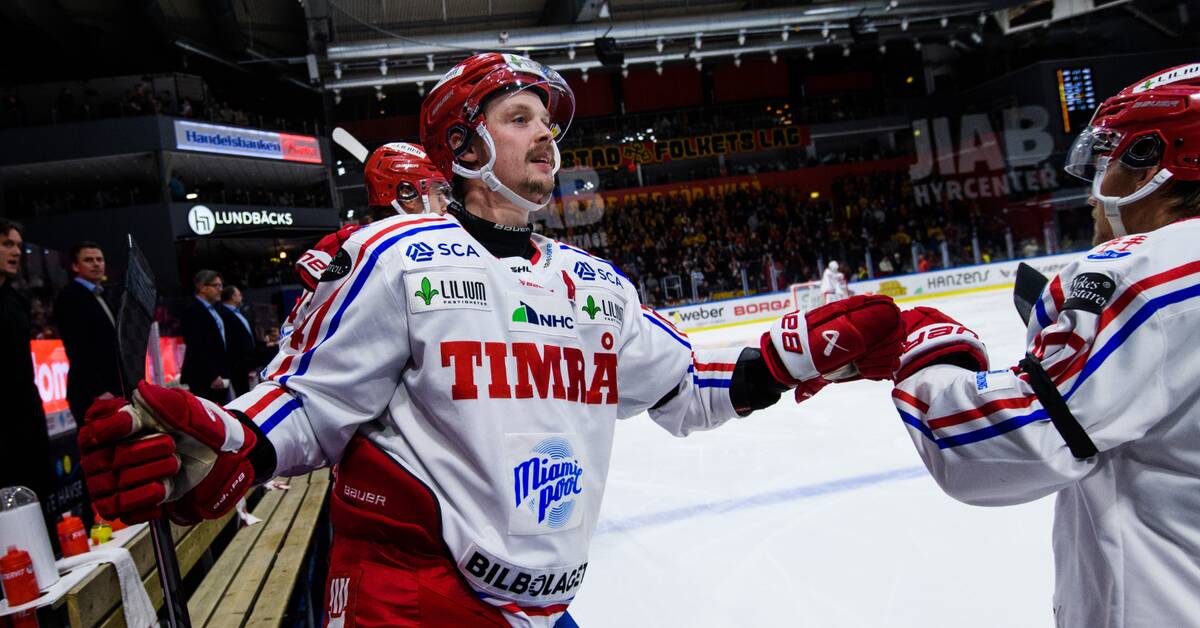 - The last goal was nice.

It was sad that they yelled at the cameramen after I got a leg tackle but he apologized.

We don't play our best game but find a way to win.

We have more to give, says Jonathan Dahlén with a smile to C More.

It was Dahlén who arranged the numerical superiority when he received a leg tackle in front of Oskarshamn's goal and the crowd shouted "filmer" during the power play.

There were shouts when Dahlén got hold of the puck and aimed for the final goal.

When Emil Pettersson scored 4-1 in the powerplay with five minutes left, the first Oskarhamn fans gave up and left the arena.

In the final minutes, Oskarshamn took out goalkeeper Tim Juel and Dahlén tried to score a hat-trick in the empty net but was stopped in the match, which dragged on after a plexiglass broke and became difficult to replace.

However, Timrå would get a power play and Dahlén his hat trick.

Glödhete Dahlén wiggled to the right, went left and spot-kicked Juel's left cross to make it 5-1.

At the beginning of the second period, Jonathan Dahlén equalized at 1-1 with a hard pull shot into the far left cross behind Tim Juel in Oskarshamnskassen when the team played in the power play.

With the game hanging in the balance at the start of the third period, Dahlén scored his second goal to make it 3-1 – also a snappy pull shot, this time to Juel's right.

The puck had been worked loose in Timrå's defensive zone and Dahlén was the fastest and gained the position.