A day after Börje Salming died in the suites of ALS, Toronto pays tribute to him. The club plays with specially designed Börje logos during the match against the Minnesota Wild. 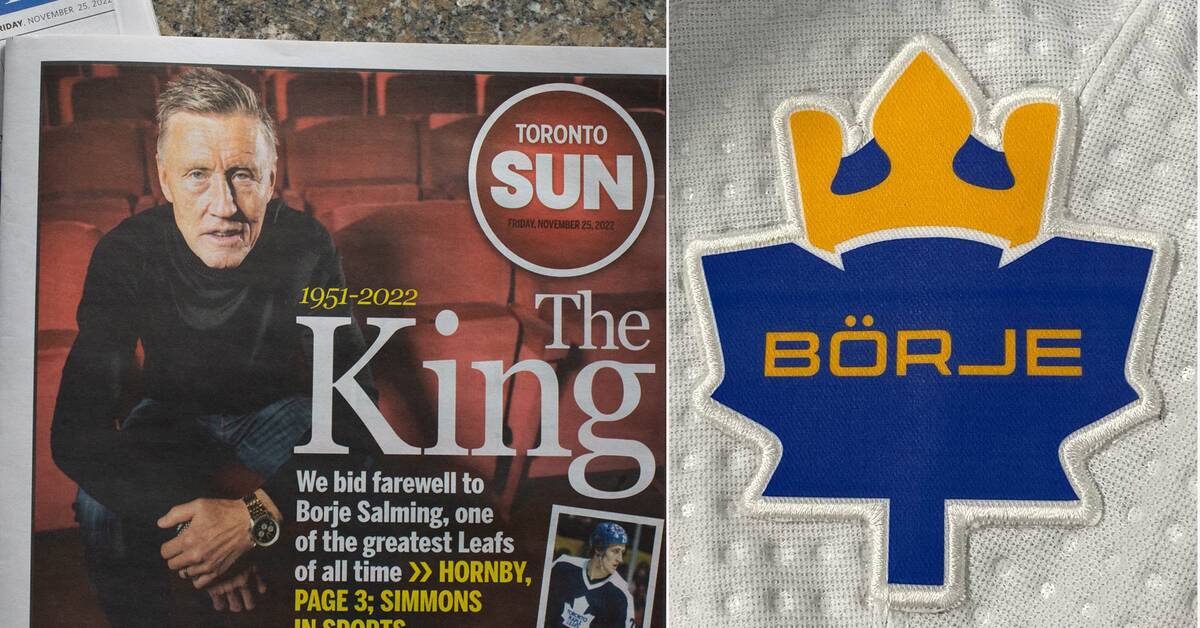 Börje Salming has played 1,000 games for the Toronto Maple Leafs over 16 seasons, is the club's all-time leading scorer and still has more assists than any other player in club history.

An icon and legend has passed, and on Friday he was honored before and during Toronto's road game against Minnesota.

The club has produced a specially designed shirt with a Börje logo on the shoulder of all players' shirts.

"Börje joined the Maple Leafs 50 years ago and will forever be part of our hockey family," club president Brendan Shanahan said in a press release in connection with Salming's passing.

Salming was also celebrated in the local Toronto Sun newspaper and featured on billboards and shop windows around Toronto.