Mondial-2022: Hervé Renard, the "white wizard" who presides over the destiny of Saudi Arabia

Coach of Ghana, Zambia, Angola, Côte d'Ivoire, Morocco and now Saudi Arabia... At 54, Hervé Renard has successfully been on the bench for many selections … 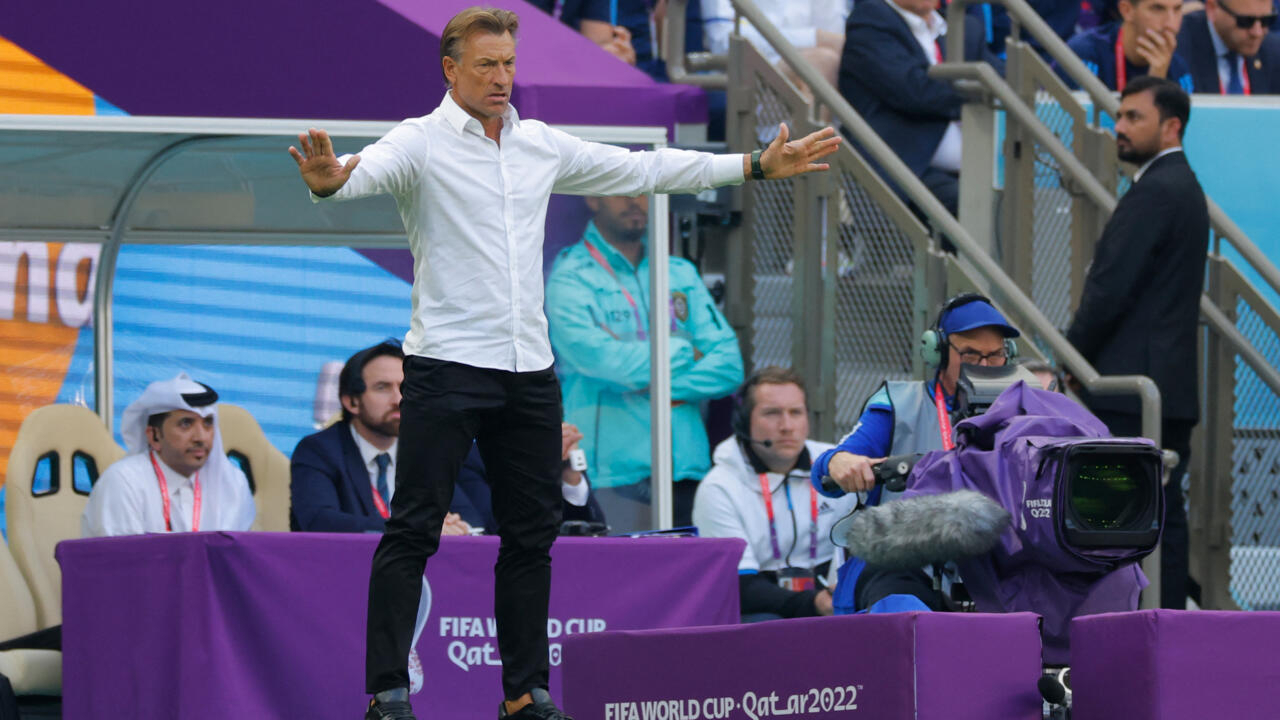 When facing Poland for its second match of the World Cup-2022, Saturday, November 26, Saudi Arabia has already succeeded in its competition by beating Argentina to everyone's surprise (1-2).

His coach, Hervé Renard, is certainly no stranger to this feat.

At 54, the "white wizard" has concocted a formidable recipe to bring down the Albiceleste: a tactical plan respected to the letter, unfailing solidarity between his players, a goalkeeper who made decisive saves and a sumptuous goal for complete the Saudi success.

"I feel light," reacted after the match Hervé Renard, who stressed that "the stars have aligned" for this feat to be possible.

"Yes, it's a memorable victory, it will go down in history, and that's what's important. But we have to look to the future, because we have two very difficult matches left," also warned Saudi Arabia coach.

Far from the image of "playboy" that he sometimes sends back, Hervé Renard is portrayed by those close to him as someone humble and "hardworking".

"From the outside, we think he's a playboy, but not at all," says his partner, Viviane Dièye.

"And when we tell him he's handsome, he says no."

Gaël Mahé, Fifa agent for international matches who knows Hervé Renard from the time he was Claude Le Roy's assistant with Ghana (2007-2008), salutes for his part "a personality both radiant and charismatic".

He describes "a hard-working technician, who has now become the most emblematic French coach posted abroad" - he is the only coach to win two African Cups of Nations with two different countries, Zambia (2012) and Côte d'Ivoire (2015).

And even if he is about to play his second World Cup, after having guided Morocco in 2018, Hervé Renard "knew how to keep the same humility as when he started", judge Gaël Mahé.

Viviane Dièye confirms: "Hervé is very humble, he never forgets where he comes from."

The World Cup, a "childhood dream"

In those days, the World Cup, "it was a childhood dream, which even seemed unimaginable".

He started on the bench early on: "I didn't have the career as a player I would have dreamed of, and rightly so (only one match in L1 with Cannes, editor's note), I tried to catch up as a coach."

Hervé Renard also sets up his villa cleaning company on the Côte d'Azur, RV Net, starts work at 3 am and then trains the Draguignan club in the evening.

"I did not work in a mine in the north of France", he nuances, "but I had a difficult job. Like many people who have to get up early to go to work and have to busy days."

He was already a "huge worker", assures Ouest-France the man who gave him the idea of ​​setting up his box, Pierre Romero.

"I had from my mother, who is of Polish origin, a somewhat severe education but, for my profile, it was the best thing," smiles Hervé Renard.

Pierre Romero, "who was a bit of a dad" according to Hervé Renard, will also offer him the meeting that will "change (his) destiny": Claude Le Roy, whose assistant he will become.

"I will always be grateful to Claude," said the Saudi Arabia coach.

“There are plenty of very competent coaches in N1 and N2 in France, but who will never get out of this division. I got out of it through a meeting. Then I had the ability to adapt. "

"We can't come to the World Cup like that"

"It's this path that I'm most proud of, with ups and downs, but on my way, I've had exceptional experiences, and in the end, only the main lines will remain", continues Hervé Fox.

Forgotten the mixed passages in Sochaux (2013-2014) or Lille (2015)... Since 2019, he has been leading the "Green Falcons" of Saudi Arabia, and has even recently extended his contract until 2027. Intractable at home, his team went through brilliant qualifying, with only one defeat in Japan.

In the group of Argentina, Poland and Mexico, "we are one of the smallest teams in this World Cup", warned the technician before the start of the World Cup.

After the match against Argentina, true to his line of conduct, Hervé Renard warned his players before the match against Poland: "At the break, I was not happy at all, there was no enough pressure put on this Argentina team... We can't come to the World Cup like that. Now we are happy, but we have two games left to play."

There is no doubt that the "white wizard" will once again be able to motivate his players and concoct a new tactical plan before facing Poland on Saturday.