Our expedition cheering squad and local Koreans who flew all the way to Qatar also contributed their strength to the national team in the match against Uruguay yesterday. The crowd was dyed red with our cheering squad, and the sound of shouting for Korea continued non-stop. 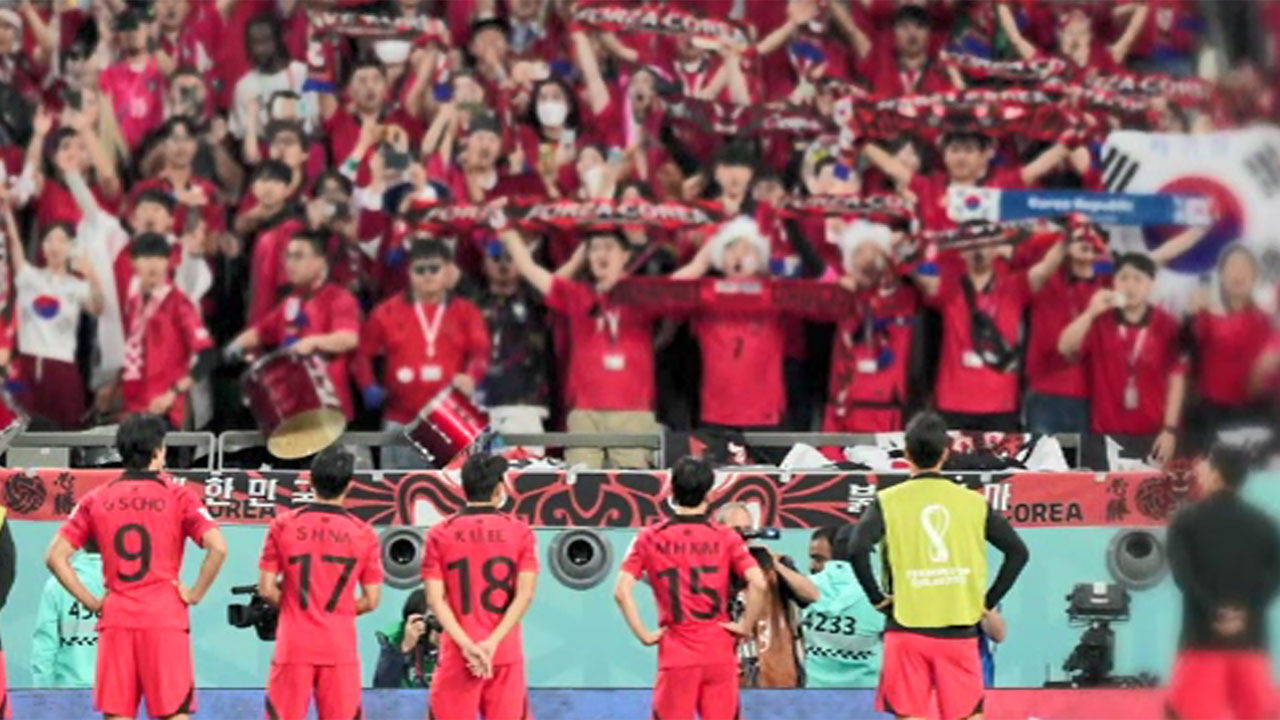 Our expedition cheering squad that flew all the way to Qatar and local Koreans also contributed to the national team in the game against Uruguay yesterday (24th).

The crowd was dyed red by our cheering squad, and the sound of shouting for Korea continued non-stop.

This is Reporter Ahn Sang-woo.

From the red devil wearing a black mask to cheer for Son Heung-min, to the king's dragon robe and an elderly couple dressed in hanbok, Education City Stadium, where the game against Uruguay was held last night, was covered with red waves even before the match.

[Ko Min-seok / Red Devil: I think that Bento can do enough because Bento has cultivated his organizational skills well over the past 4 years.

When Hwang Eui-jo's shot went over the goalpost, they were sorry together, and they raised their voices together with captain Son Heung-min's strong protest toward the referee.

[Bae Seong-jae/SBS Caster: Looking at it this way, it looks like the Seoul World Cup Stadium.

The more our players got tired, the louder the Red Devils' shouts.

Cries of support poured in for main defender Kim Min-jae, who collapsed while chasing an opponent.

[Lee Seung-woo/SBS Commentator: Thanks to that kind of support, the players run even when they are sick and run even when it is difficult.]

Unfortunately, the game ended in a valuable draw, and praise continued for the players who did their best.

The Korean national team is the best.]

[Kim Kwang-yoon/Red Devils: (The players) are so good, thank you so much today.

(You're not crying right now, are you?) My throat hurts.]

The Red Devils are preparing a big cheer for the second game against Ghana on the 28th at the same stadium.