Iran's turnaround - sang the national anthem in the World Cup

Iran's players sang along to the national anthem ahead of the second match, against Wales, in the FIFA World Cup in Qatar. At the same time, it was uneasy outside the arena. Supporters loyal to the regime attacked other Iran supporters before kick-off. - I am genuinely afraid for my safety here, says a 21-year-old woman. 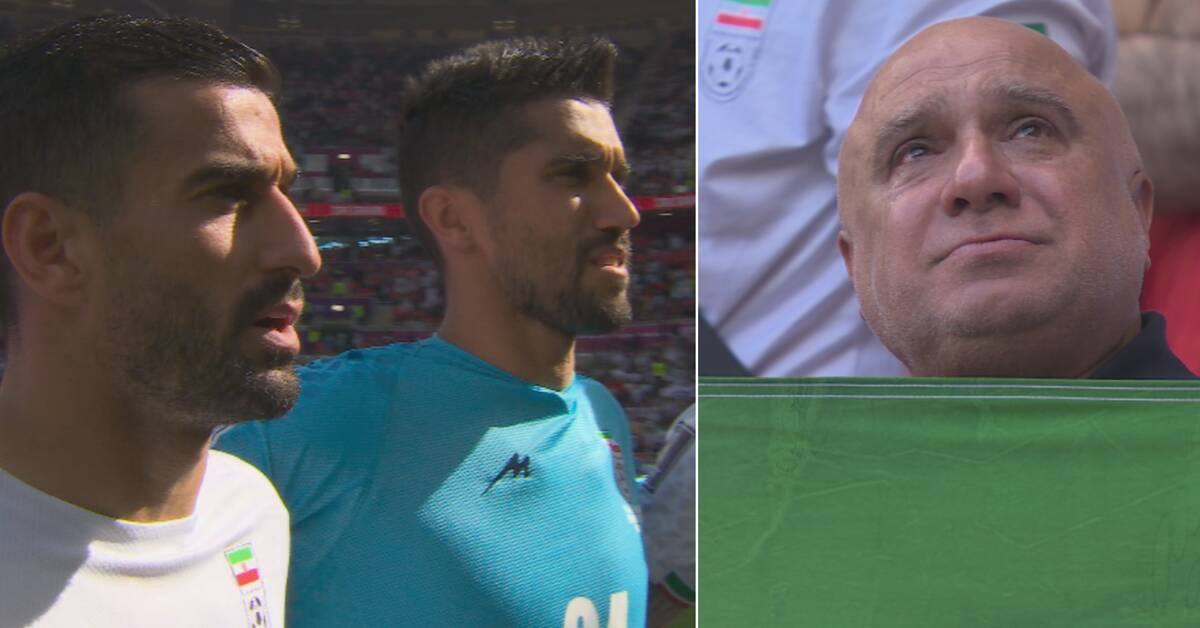 That Iran sang the national anthem is a complete reversal.

This after the players stood silent during the national anthem before the opener against England, a protest against how Iran struck back with violence against the regime-critical protests in the country.

The text of Iran's national anthem pays tribute to the regime and the revolution in 1979, when, among other things, women's rights were severely curtailed.

While the national team sang along to the national anthem, many of the team's supporters in the stands reacted by breaking down in tears.

Iran striker Mehdi Taremi said on Thursday that his team is not "under pressure" from the Iranian regime.

- I don't like to talk about political issues, but we are not under any pressure, said Taremi, according to several media, at the press conference before the Wales match.

Ahead of Friday's match, pro-regime football supporters attacked other Iran supporters outside the stadium, including grabbing their banners, shouting insults and filming them with their mobile phones.

In addition, some fans have said that the arena's security personnel have confiscated items with messages supporting the protest movement in Iran.

This is written by the news agency AP.

"The Islamic Republic of Iran" was also allegedly chanted at women who gave interviews about the protests to foreign media outside the arena.

21-year-old Vanya, who lives in Qatar, told the AP that she was terrified to go back to Iran after what she experienced outside the stadium.

- I am genuinely afraid for my safety here, she says.