Iran players do sing the anthem in their match against Wales

The situation of several of the participating countries and, above all, the political regime that supports the headquarters where it is held, is making this edition of Qatar the World Cup with... 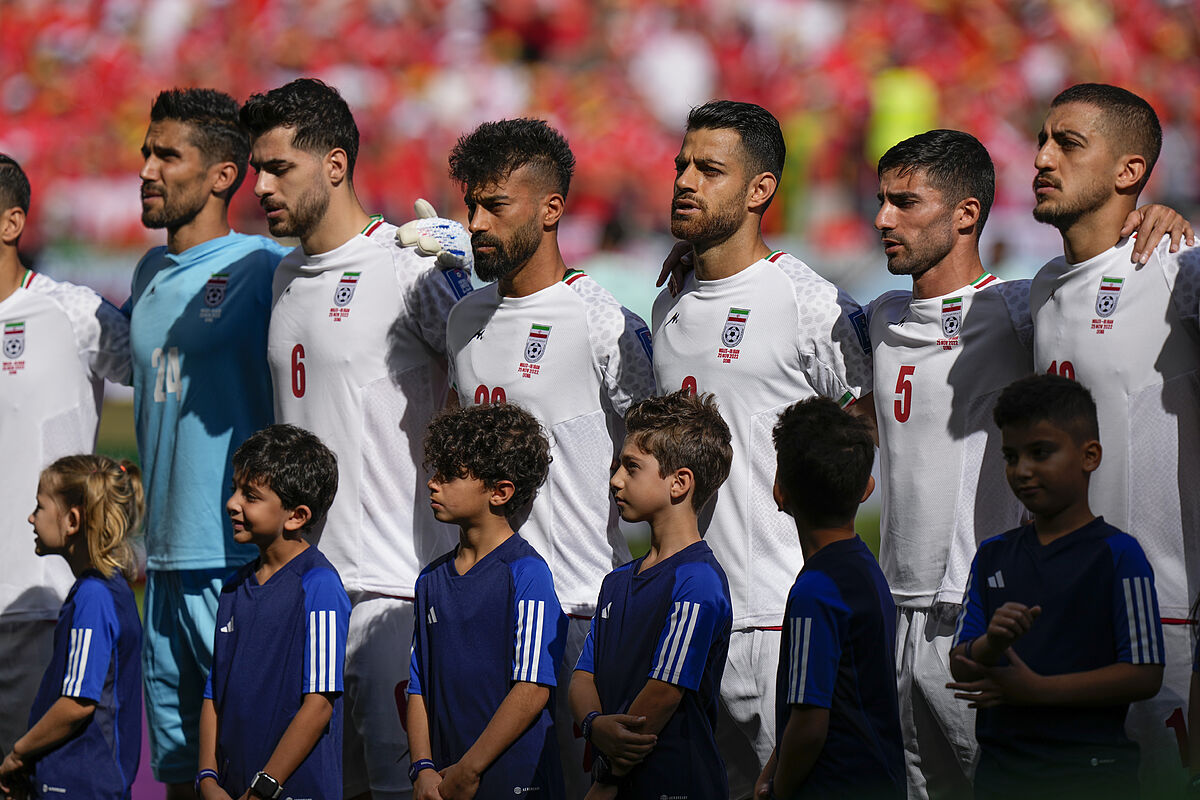 The situation of several of the participating countries and, above all, the political regime that supports the headquarters where it is held, is making this edition of Qatar the World Cup with more geopolitical focuses of attention.

The bracelet crisis, the hidden and never materialized threat of some teams to leave the tournament and, with special intensity after the first game, everything that surrounds the Iran team.

This Friday, in his second game against Wales, all the spotlights returned to rest on Queiroz and his players.

And this Friday they did have to sing the hymn

After failing to do so in their first game against England (in protest at the crackdown on their people), the players appear to have been forced to sing the words of the national anthem before facing Wales.

With very little emotion on their faces

, the image contrasted with the tears that the cameras have also shown from some of the Iranian fans who were in the stands of the Ahmed bin Ali stadium.

Everything happens one day after the most tense press conference that has been remembered in many years in the FIFA world.

On Thursday, at the Qatar Convention Center, Carlos Queiroz, the coach, and the Porto striker,

All the questions from the international press revolved around the consequences that the fact of not having sung the anthem before their debut could bring to them.

So intense was the questioning that Queiroz finally reproached a BBC journalist for not asking other selectors such questions.

The player was visibly uncomfortable, not responding directly to the questions and asking almost please that the journalists not continue down that path.

Regardless of the result they get against Wales or whether or not they qualify for the round of 16,