'Captain' Son Heung-min full-time digestion... “I will give everything in the remaining matches.”

All the players who participated in yesterday's game did their best to the point where the word 'fighting spirit' would not be an exaggeration. In particular, captain Son Heung-min was at the center of the national team's 'fighting spirit'. 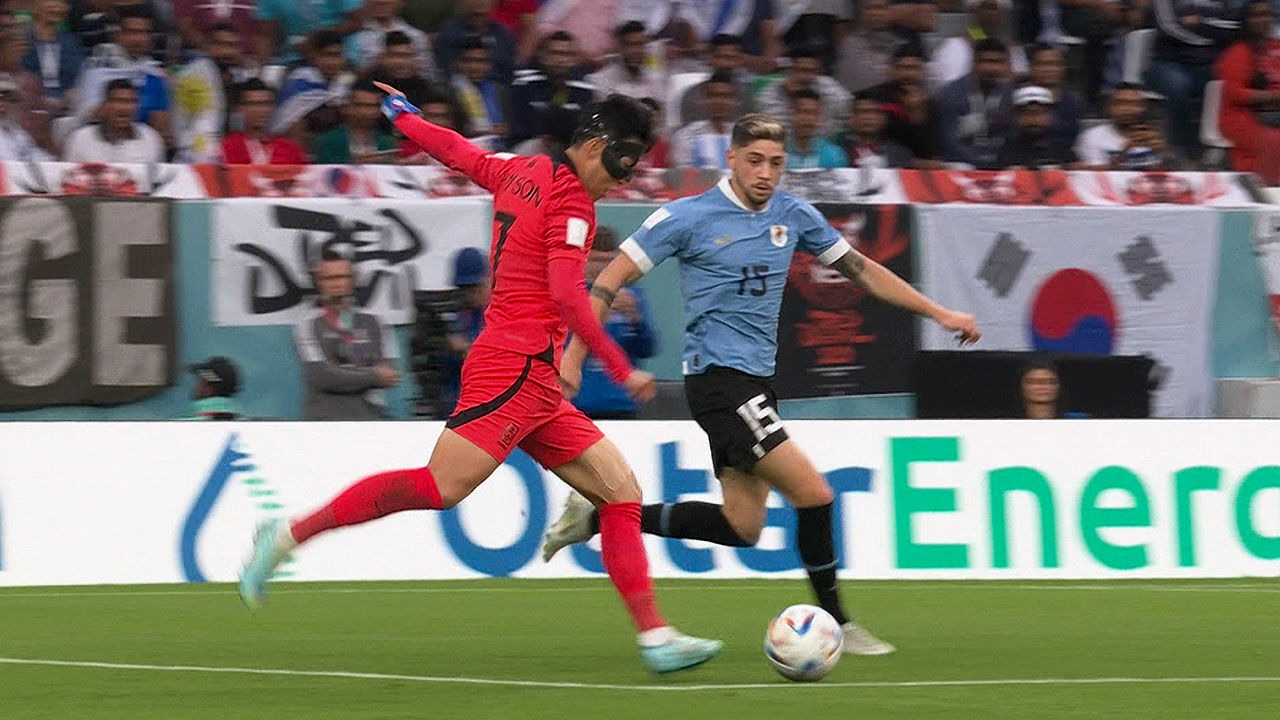 All the players who participated in the game yesterday (24th) did their best to the extent that the word 'fighting spirit' would not be exaggerated.

In particular, captain Son Heung-min was at the center of the national team's 'fighting spirit'.

He played full-time, wearing a mask, within three weeks of his injury, fulfilling his captaincy role.

This news is also reporter Kim Hyeong-yeol from Qatar.

Son Heung-min put on a black mask placed over his locker room uniform and shouted “fighting” with his teammates before entering his third World Cup stage.

As the captain's armband continued to flow at the beginning of the game, he ran nonstop with the armband in his hand.

In the 26th minute of the first half, he showed a splendid individual skill by easily beating two players, and his right-footed kick was blocked by the opponent's defender's head and swallowed regret. it seemed

The role of his captain has not been forgotten either.

He applauded his teammates for their good play, raised his thumbs up to encourage him, and shook hands with players who were being substituted out saying good job.

On the other hand, players who were replaced were clearly informed of their roles, and when their concentration dropped or breathing was not right, they used their whole body to communicate.

In the 45th minute of the second half, Son Heung-min's right-footed mid-range shot slightly missed the goalpost and failed to score, but he poured out everything and played a game without regret. took off.

[Heung-Min Son/Captain of the soccer team: As the captain of this team, I will show you everything I have, so if you support me as hard as I do now, I will do my best to repay your support.

Although he has not regained his normal condition yet, Son Heung-min, who played full-time and led the Taegeuk Warriors, raised expectations for the remaining games.